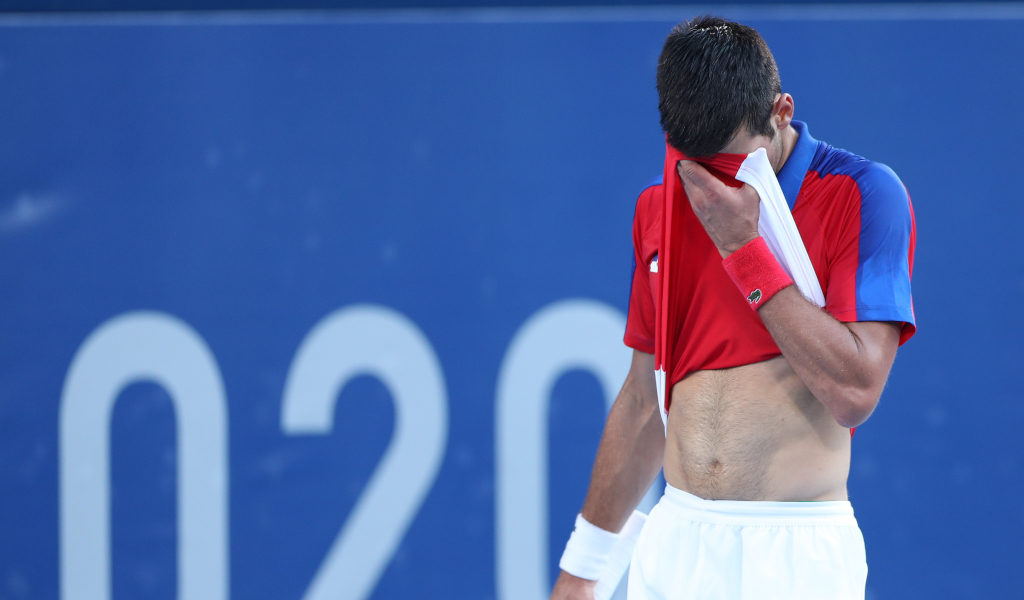 Tennis great Tracy Austin does not condone Novak Djokovic’s on-court outbursts, but she believes he is a “target all the time” as he is constantly being compared to Roger Federer and Rafael Nadal, whom she likened to Mother Teresa and the Dalai Lama.

Chasing a historic Golden Grand Slam consisting of the Australian Open, French Open, Wimbledon, US Open and singles gold at the Olympics, Djokovic’s bid came unstuck in the semi-finals in Tokyo as he went down in three sets against eventual gold medallist Alexander Zverev.

However, it was his antics in the bronze medal match against Pablo Carreno Busta that made the headlines as he suffered a meltdown midway through the match.

The Serbian tossed one of his rackets into the empty stands in the third set and a few games later he smashed another racket into the net.

Asked on Tennis Channel for her opinion about Djokovic’s outburst, Austin replied: “First of all, Djokovic imploding, I have never seen a player where they actually kind of hit the ball into the net and take the racket and chuck it 15 rows up into the stadium.

The American added: “I will say, for Djokovic, he’s being compared to Federer and Nadal; these are like Mother Teresa and the Dalai Lama (of tennis). I mean, you know, they don’t do anything wrong. If he played in the era of John McEnroe, Ilie Nastase, and Jimmy Connors, he’d be number four.

“You know, he’s a perfectionist, he has his outbursts, he doesn’t love it either. He is not perfect, he is not great, but it’s never easy when he’s the target all the time.

“He’s No 1 in the world, I am not condoning it. He has a lot of pressure. He was going for the Golden Slam.”