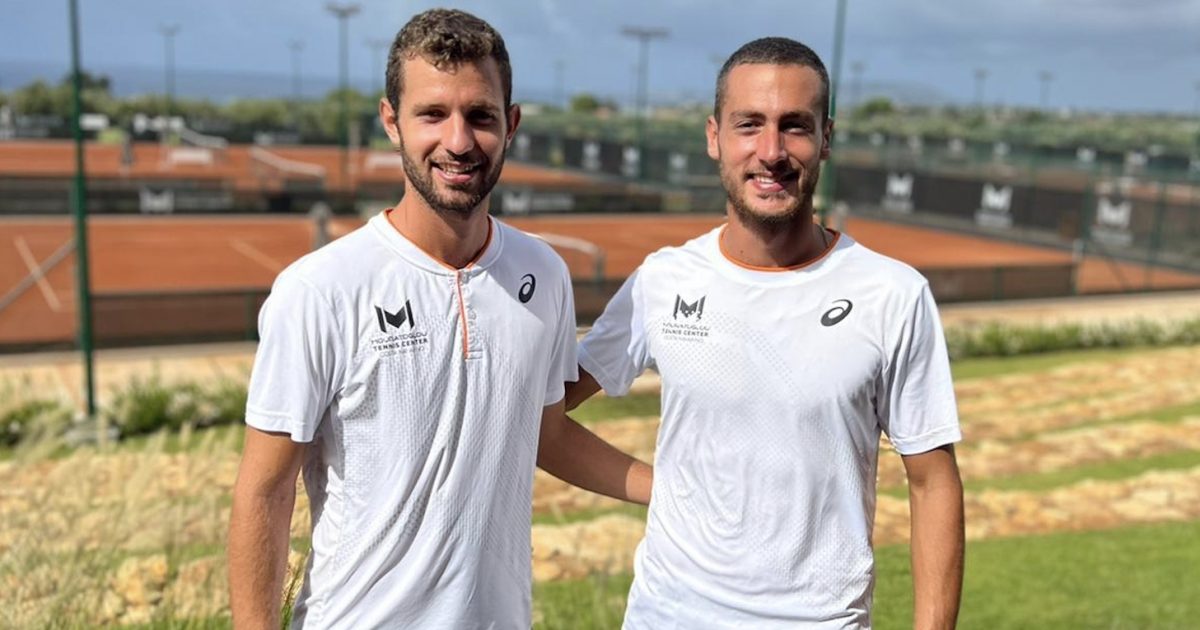 He is the superstar who has put Greek tennis on the map and now two of his former adversaries in the junior ranks have given us the inside story on the young Stefanos Tsitsipas.

Now 23, Tsitsipas is firmly established as an international sporting superstar, with Konstantinos Fotinopoulos (Kostas) and Giannis Fotinopoulos (Gianni) among the players he trained and played against in his formative days on court.

As the brothers who are now leading the coaching team at the stunning new Mouratoglou Coaching Academy at Costa Navarino in Greece sat down with Tennis365 for an exclusive interview, they gave us an insight into what is required to get to the top.

“For me, it always felt like an impossible dream when I was a kid to become a professional tennis player,” began Kostas. “Yes I was good, I would train with Stefanos (Tsitsipas), but taking the next step and going to be a professional was always tough.

“No one else had done it before. It was very rare that this could happen for anyone in Greece, so we needed some help.

“It is expensive to go on the tennis tour, but then the Mouratoglou Academy took Stefanos in and he was ready for that. He was physically strong and that is important when you are a young player. He was ready and he has taken his moment.”

Kostas’ brother was also a top junior player in Greece and he outlined the challenges facing all young players as they attempt to make the leap into the professional ranks.

“It is tough to be a pro player on so many levels,” he said. “If you are on the tour, you travel for 25 weeks of the year minimum and that is expensive.

“In the beginning, you are not going to win tournaments and you have to get used to losing a lot. That is hard and you will have moments when you wonder if you can make it.

“For a family that doesn’t have this kind of money to fund this, you have to risk a lot to back a young player are good junior players.

“Now things are different. We have tennis academies, scholarships and this can help you realise your dream. For example, the Mouratoglou Academy can bring players in when we see some potential and allow they to have a chance to reach their goals.

“We saw that with Stefanos (Tsitsipas). He went to the Mouratoglou Academy and from the age of 16, you could see that his level of tennis went up and up and didn’t stop. What Stefanos always had was a dedication, a focus. That was something he always had and we still see that now on court.”

Maria Sakkari rocks at the grass court of Mouratoglou Tennis Center, Costa Navarino in preparation of #Wimbledon2021.@MariaSakkari great honour to have you join us, and wishing you all the best!#costanavarino #mouratoglou #mariasakkari #wimbledon #wimbledon2021 pic.twitter.com/DnLuJmEhru

The rise of Maria Sakkari in the women’s game has given Greece a second tennis hero and Gianni suggests their duel prominence on the world’s sporting stages can inspire a generation of Greek tennis stars.

“These two players have already proved to be so inspirational,” added Gianna. “We already have a 300 per-cent increase in people coming to play tennis and that is an incredible number.

“When I was young, I always dreamed of seeing a Greek player in a Grand Slam. Now we have two players who have the possibility to win Grand Slams. It’s amazing.”

We will have more from Kostas and Gianni on the new Mouratoglou Academy in Greece next and the philosophy of coaching guru Patrick Mouratoglou week on Tennis365 next week.

For more information about the Mouratoglou Tennis Center, the new programs and experiences at Costa Navarino, visit HERE