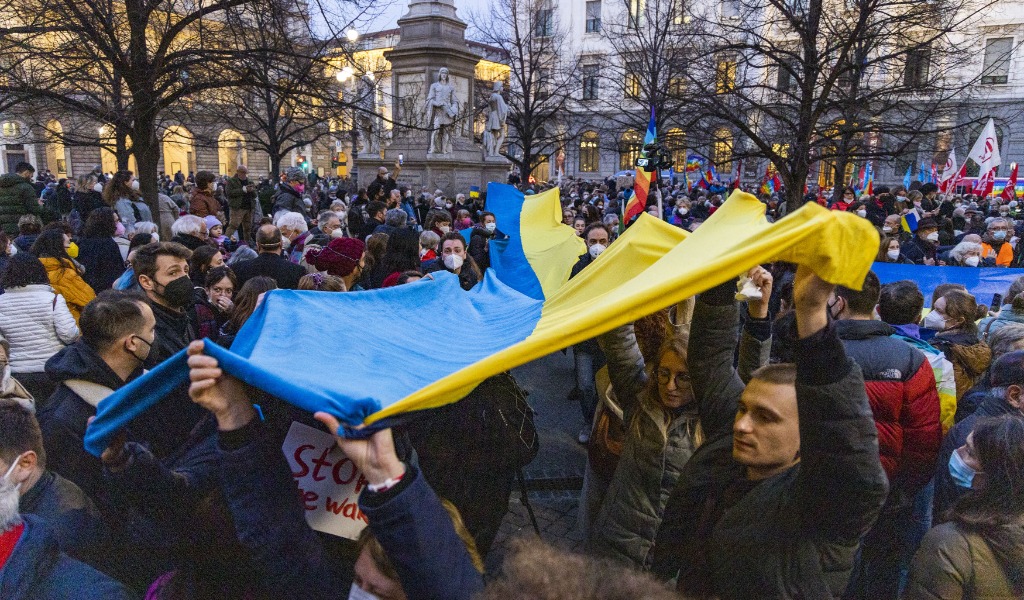 Leonid Stanislavksy, who holds a Guinness World Record for being the oldest tennis player at 97 years old, has revealed he’s decided to stay in his country of Ukraine despite it being invaded by Russia.

The Ukrainian started playing the game nearly 70 years ago when he was a 30-year-old, and he even played world No 4 Rafael Nadal last year at the Australian Open champion’s academy.

He hopes to at least make it to 100, however, given he has chosen to stay in a war torn area this could be a tricky task, and he’s even declined offers to flee to a safer country.

The world’s oldest tennis player, 97 years old, lives in Kharkiv, Ukraine — and he has no intention of fleeing, despite the Russian invasion. pic.twitter.com/jKxPY63ZUK

“I have to survive this frightening situation, the war started on (February) 24th, from the 24th ’till now I have practically not gone out, I’ve stayed at home, I have supplies, the fridge is full – I’m sitting at home, not going anywhere,” Stanislavksy revealed to Reuteurs.

“My daughter Tanya is in Poland, she wants to take me there but I decided to stay here, I have bad hearing so I sleep at night and don’t hear anything – last night there were bombings, in the morning there were air-raid sirens again.

“I never thought that I would have to live through another more frightening war where people from both sides are dying – mothers are losing their children, wives are losing their sons and their husbands. What is this? What good is it? In the 21st century there can’t be war.”

Stanislavksy has survived war before, he lived through the Second World War, but all he wants to do now is make sure he’ll still be able to play tennis after this war.

He said: “The war needs to be stopped, an agreement has to be reached.

“I’m not afraid of anyone, I’m hoping that the war will end and I will be able to play tennis – if I could get to Poland I would play there, but I decided to stay at home and wait for the end of the war.”

A former player who recently announced his retirement, Sergiy Stakhovsky, announced last week he was going to return to his native Ukraine and fight for his country, and Novak Djokovic has revealed he will financially support the Ukrainian to do this.