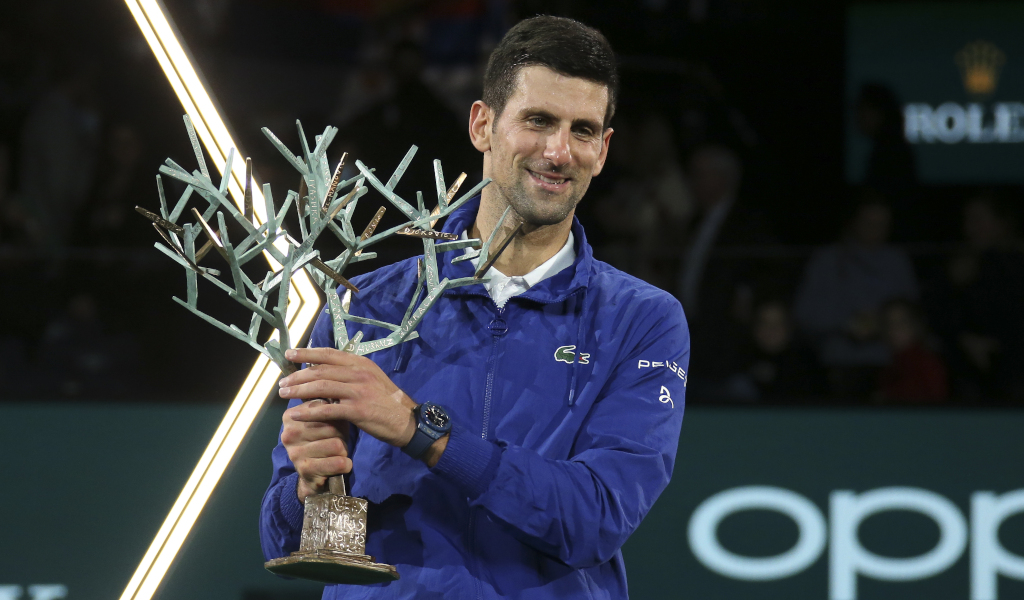 It is time for people to recognise and appreciate Novak Djokovic’s “unique and exceptional” accomplishments, according to former world No 1 Justine Henin.

It has been another record-breaking week for Djokovic as he set a new milestone for most year-end No 1 rankings as he surpassed his childhood idol Pete Sampras to move to seven while he continues to lead the way in terms of most weeks at No 1 as he has now spent 346 weeks at the top of the ATP Rankings.

His Paris Masters title also took him to the outright lead in terms of most ATP Masters 1000 titles as he moved ahead of Rafael Nadal to 37.

What impressed Henin the most about Djokovic’s win in Paris was the fact that it came in his first tournament following his US Open final defeat against Daniil Medvedev.

“He is totally unique,” she told Eurosport. “I think it’s really about time – even though there are a lot of people who obviously respect his huge career – that people realise what he is achieving.

“You can like Novak Djokovic, you can dislike him, there are many people who don’t fancy his character, but what he is doing in his career, what the champion is doing, is simply extraordinary.

“There are not many who can bounce back like he can. We talk about today, but we can go back to a year ago, after the US Open (disqualification against Pablo Carreno Busta), we also thought we would find him hurt. And despite everything, even if he loses in the final at Roland Garros, he is still there. After that, he rebuilt himself, he won the Australian Open, and his ability to bounce back is just phenomenal.

“And I think that this defeat in the final of the US Open was simply necessary to allow Novak Djokovic to breathe, to recover, to show himself to be a bit human. Because, finally, he has perhaps never been so loved as when he lost so harshly in the final against Daniil Medvedev.

“I’m not at all surprised that he came back here (Paris) because there are more records to go after and because it’s his job. It’s his passion. It’s what he loves, because a competitor like that doesn’t exist today on the circuit.

“I’m not surprised, but I think we have to take the measure of what he is doing because it is really something unique and exceptional.”