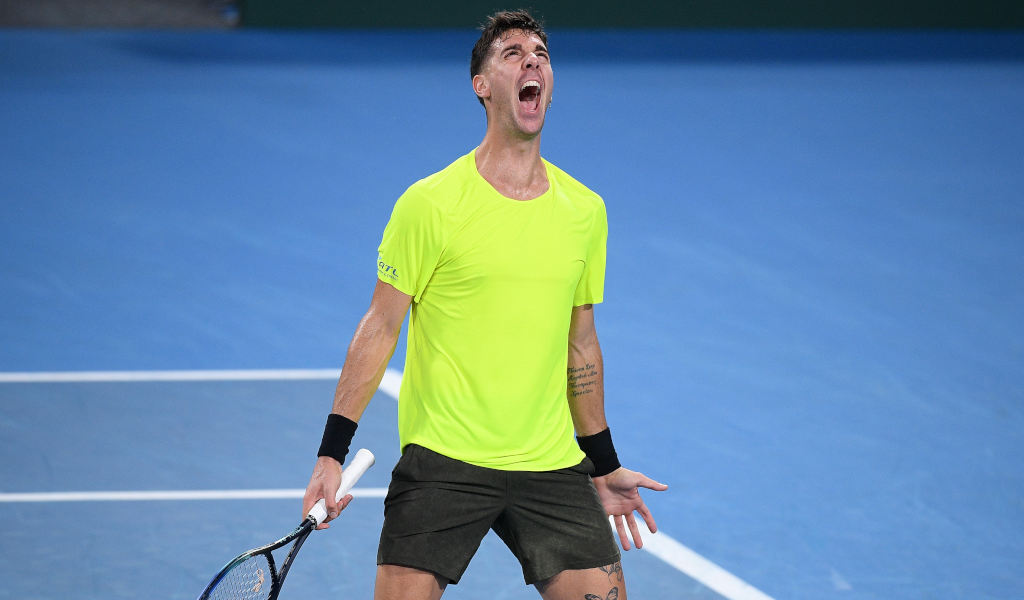 The world’s best male and female players will unite to compete side by side at the United Cup, a new team event announced as the launch of the global tennis season in 2023.

The United Cup is an ATP-WTA event which will be presented in partnership with Tennis Australia.

According to organisers the United Cup is going to showcase equality at the highest level of the sport, with mixed teams from 18 countries competing across Brisbane, Perth and Sydney over 11 days, from Thursday, 29 December to Sunday, 8 January 2023.

“The power and passion of team competition will come to life as the players unite to represent their countries with national pride and USD $15 million in prize money on the line.

In a world first for a mixed team event, 500 ATP and WTA rankings points will also up for grabs at the event.

The first 12 countries will qualify via the six highest-ranked No. 1 players that enter, on both the ATP and WTA Tours.

The remaining six countries will qualify according to the best combined ranking of their respective No. 1 men’s and women’s players.

Teams will feature three to four players from each of the Tours.

An ATP release reads: “Each city will host two groups of three countries, competing in a round-robin format, with ties comprising two ATP and two WTA singles matches, and one mixed doubles match.

“Each City Final winner will advance to the United Cup Final Four in Sydney (6-8 January), with the next best performing team from the group stages completing the quartet.”

Former World No. 1 Andy Murray said he was delighted to see tennis leverage its inherent advantage over other sports.

“I’m sure all the players will be very passionate about competing for their countries and the men and women will work together to support each other.”

Former Australian tennis player and current commentator Casey Dellacqua said: “It’s an exciting opportunity for our sport. It’s the first time we’ll bring the men’s and women’s tours together for a global team event offering huge prize money and big rankings points. It’s wonderful innovation for the game of tennis and it will be a blockbuster start to the summer of tennis.”

Andrea Gaudenzi, ATP Chairman: “The United Cup marks a major step forward for the game of tennis. Most importantly, it will create incredible new experiences for our fans. We’re excited to see the best men’s and women’s players competing together, with ranking points on the line, to launch the season like never before.”

Steve Simon, WTA Chairman and CEO: “The United Cup is an important and strategic collaboration between the WTA, the ATP and Tennis Australia that reflects a continued commitment in elevating our sport. This exciting singles and mixed doubles team event will bring together emerging stars and established athletes from both Tours to compete on the same stage, giving players and fans a unique experience in which the final outcome may be determined with women and men competing together.”

Craig Tiley, Tennis Australia CEO: “The United Cup presents a unique opportunity to unite both the men’s and women’s tour in a brand-new way that has never been seen before. We have the opportunity here in Australia to leverage tennis’ unique position to allow the world’s top men and women to compete side by side and represent their country at the highest level. We couldn’t be more delighted to see how this event unfolds in January.”

The ATP has also announced the relocation of the Sofia ATP 250 tournament license.

From 2023, the event will be staged in Australia in Week 1 of the season alongside United Cup, providing additional playing opportunities in the swing ahead of the Australian Open.

In addition, the ATP 250 tournament scheduled for Belgrade in April 2023 will relocate to Banja Luka in Bosnia and Herzegovina.