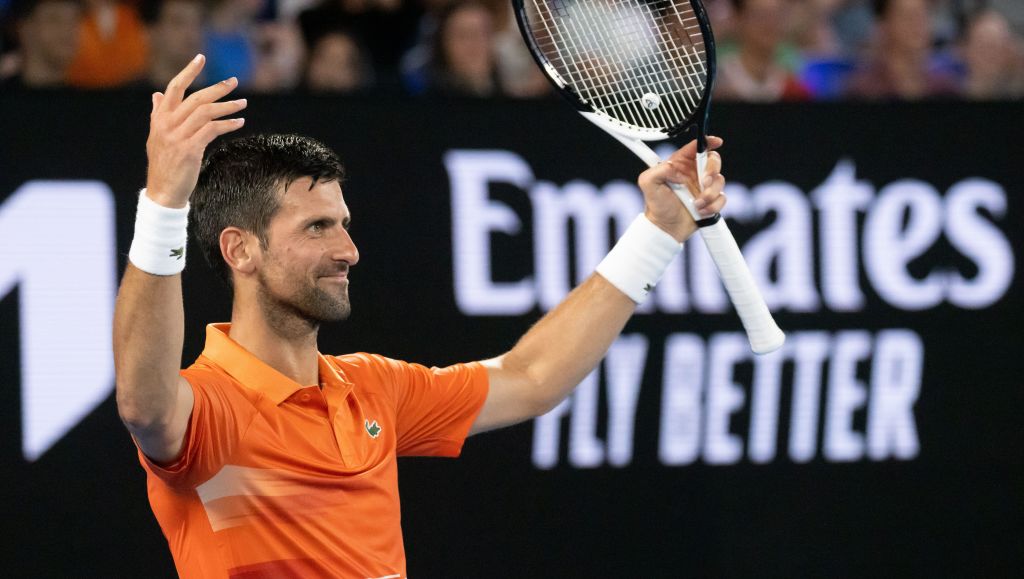 The tennis rankings have been thrown into turmoil over the last year, but Universal Tennis has a system that offers a realistic view of the current state of play in the men’s and women’s game.

Novak Djokovic’s absence from two Grand Slam events and four ATP 1000 tournaments in 2022 meant the Serbian legend was denied the chance to challenge for 10,000 ranking points.

With ranking points stripped from Wimbledon over their decision to ban Russian and Belarusian players in response to the war in Ukraine, Djokovic saw another 2,000 points come off his ranking despite his win at the All England Club last July.

The absence of Russian and Belarusian players from the English grass court tournaments and injuries that impacted star names like Alexander Zverev and Daniil Medvedev last season impacted the men’s rankings.

So the Universal Tennis list appears to represent a more realistic snapshot of where the game’s balance of power lies.

Wimbledon finalist Ons Jabeur also missed out on a host of ranking points, while the inflated ranking points on offer at the end of season WTA Finals inflated some players in the end-of-year standings.

So the rankings list compiled by Universal Tennis may well be a more accurate assessment of the game’s best players as they compete in the Australian Open in Melbourne.

The way the Universal Tennis Rating, or UTR Rating, works is all players, regardless of age, gender, geography, or skill level, are rated on the same scale between 1.00 and 16.50 based on actual match results.

The UTR Rating, backed by a powerful algorithm, provides a real-time view of a player’s true skill level.

Current ATP No.1 Carlos Alcaraz is down in tenth place, with last year’s Wimbledon finalist Nick Kyrgios in at No 7.

Rybakina’s success at Wimbledon is recognised as she is placed at No.2 by Universal Tennis, behind undisputed rankings leader Iga Swiatek from Poland.

France’s Caroline Garcia and America’s Jessica Pegula are ranked in the top 10, but there is no place for Coca Gauff, who is down in 16th place.

Britain’s Emma Raducanu saw her WTA ranking slide in 2022, but the 2021 US Open champion is positioned at No.34 in the Universal Tennis list.

In 2021, Universal Tennis launched its own professional tour, the UTR Pro Tennis Tour. Now in 25 countries worldwide, the company is working hard to be able to grant ranking points to players as they look to develop their games and climb the WTA and ATP ranks.

Universal Tennis rankings from the start of 2023:

Who are you rooting for? 🤔#Tennis #TennisPlayer #AustralianOpen

Who is your favorite? 🤩#Tennis #TennisPlayer #AustralianOpen