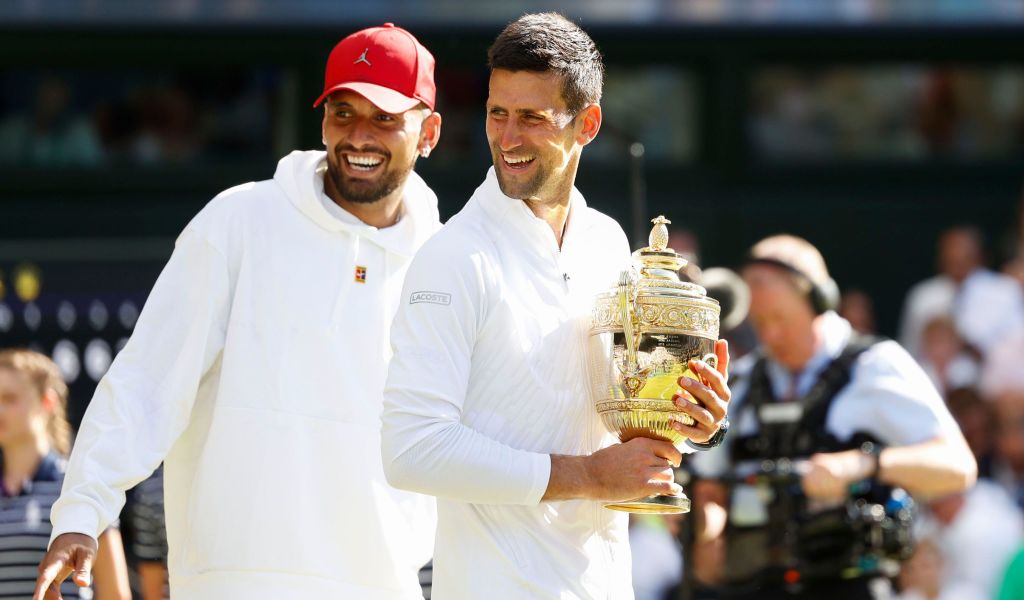 The race to the end-of-season finals is on and the laat few ranking points up for grabs will be crucial in deciding the final line-ups, but this is a tennis season that has seen the official WTA and ATP rankings thrown into chaos.

The WTA Finals in Texas get underway at the end of this month, as the top-ranked eight female players of 2022 will compete for the big prize in Fort Worth, Texas.

Then it will be the turn of the men in Turin, as the ATP Finals are staged in the Italian city for a second year.

Yet after the chaos of the Covid break in tennis, this year has arguably been even more confusing for the WTA and ATP rankings, as this explainer highlights.

When the All England Club at Wimbledon decided to ban Russian and Belarusian players from this year’s Championships, it sparked a chain of events that impacted players up and down the rankings list.

After a period of deliberation, the WTA and ATP opted to take ranking points away from Wimbledon meant players who had done well in the 2021 Championships could not defend those points and faced a slide down the rankings.

Defending champion Novak Djokovic was especially hard hit as he was unable to defend his 2,000 points from winning in 2021 and his ranking is still impacted now.

Many will argue Novak Djokovic has brought misery on himself by refusing to take a Covid vaccine and putting himself at risk of missing tournaments, but the punishment he has faced for that decision has been even harsher than he might have expected.

He has missed out on 8,000 ranking points after being blocked from playing at the Australian Open, US Open and the four north American Masters 1000 series events.

In addition to the 2,000 ranking points he missed out on after retaining his Wimbledon title, Djokovic’s position at No 7 in the current ATP rankings list does not reflect his current status in the game.

Ashleigh Barty started this tennis year as the undisputed world No 1 in the women’s game, as she swept to victory at the Australian Open and looked set to dominate the game for years to come.

Yet her sudden retirement ended her story, with Iga Swiatek emerging as the dominant successor to Barty as the queen of the tour.

It would have been fascinating to see Barty and Swiatek starting a rivalry that could have taken the women’s game to the next level, but we were denied that glorious prospect.

Naomi Osaka’s ranking at No 46 and Emma Raducanu’s position at No 70 in the current WTA rankings highlight a disappointing year for two of the biggest stars in the women’s game.

Osaka’s slide down the rankings started after the Australian Open, while Raducanu’s big fall came as the 2,000 ranking points she had on her record from her 2021 US Open win dropped off in September.

Both will be hoping for much better in 2023 and the women’s game would welcome the return of two players with real star power.

On the men’s side, Roger Federer’s retirement ended any hope that the Swiss great could make a return to the top, while Dominic Thiem’s hopes of a revival have only shown signs of life at the back end of the year.

In addition, the injury to Alexander Zverev in the French Open semi-final denied us a chance to see whether the German was ready to break through at a moment when he was showing some impressive form.

There is no exact science to this calculation as it’s hard to know how Djokovic would have fared if he had played in the six big events he missed this year, but we can add Wimbledon ranking points onto our calculation to asses where the game’s top player should be ranked on current form.

This Tennis365 ranking will inevitably spark debate, but it is hard to deny that in the men’s game, Djokovic’s recent form suggests he should be considered the player to beat heading into the ATP Finals, with his current ranking not reflecting his current form.

Here’s is our assessment of how the ATP Rankings would look if Wimbledon ranking points were added and Djokovic had played all the tournaments he could have appeared in:

The WTA rankings are equally confusing, as Barty would still have been ranked in the top ten for most of this year had she not been removed from the list. Rybakina also deserved to be ranked higher after her Wimbledon win: