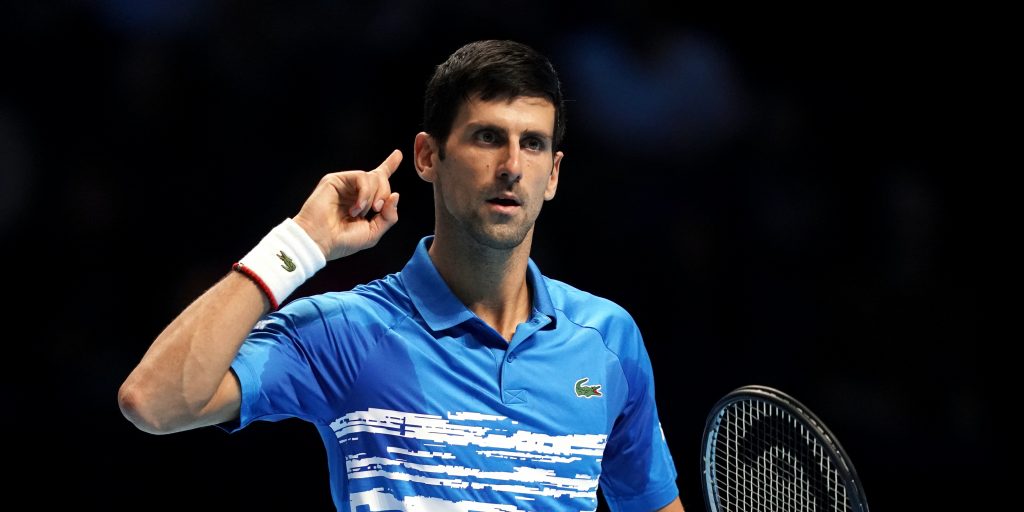 The eyes of the sporting world will be on New York on August 31st as the 140th edition of the United States Open Tennis Championships gets underway at Flushing Meadows.

The event will be the first Grand Slam to be staged since the Australian Open back in January and is sure to be fiercely contested in both the men’s and women’s sections.

While reigning champions Rafael Nadal and Bianca Andreescu have both withdrawn from the event, there is still plenty to look forward to during the tournament.

Read on as we take a closer look at the US Open and predict who we think will emerge victorious at the end of the fortnight.

The Serbian won the Australian open earlier in the season and has yet to lose a singles match during the current campaign.

Djokovic was forced to retire with a shoulder injury during his fourth-round match against Stan Wawrinka in last year’s tournament and will be eager for redemption this time around.

The world number one has won the US Open on three previous occasions and it would be a brave move to back against him making it four on September 13.

Big Guns Fall by the Wayside

Djokovic’s path to glory has been made much easier, with his main rivals Nadal and Roger Federer both withdrawing from the tournament.

Nadal defeated Daniil Medvedev in an epic five set battle in last year’s final, but he has decided not to travel to New York for the event.

Federer will also be absent from the US Open as he continues to recuperate from the knee surgeries he underwent earlier in the year.

The Swiss star has confirmed that he will miss the rest of the season, but is aiming to resume playing on the tour at the start of the 2021 campaign.

Medvedev Plays Down His Chances

Medvedev pushed Nadal all the way in the 2019 final and is amongst the front-runners in the betting to go one better this year.

However, the Russian recently played down his chances of breaking his Grand Slam duck, saying that didn’t see himself lifting the US Open trophy.

The world number five has won eight of his 12 singles matches this year and will certainly need to step things up in order to be successful in New York.

However, the suspicion remains that Medvedev lacks the belief to make to breakthrough at Grand Slam level and he makes limited appeal at odds of 7/1.

Thiem Under Pressure to Deliver

With Nadal and Federer out of the event, Dominic Thiem will never have a better chance to win his first-ever Grand Slam title.

Having lost three previous Grand Slam finals in Australia and France, the Austrian certainly has a point to prove in New York.

The world number three has never progressed beyond the quarter-finals in six previous attempts at the US Open and is another player with question marks over his temperament hanging over him.

Thiem hasn’t exuded confidence in his interviews leading up to the tournament, with comments about playing without fans in attendance smacking of someone getting their excuses in early.

Andy Murray can be backed at 40/1 to win his second US Open title and those odds may appeal to punters looking for a value bet.

British star is on the comeback trail after recovering from hip problems and says he feels in much better shape heading into the tournament.

Whether Murray can reach his previous levels is debatable, but with some of the big guns absent and doubts about other players, it would be foolish to write him off.

The three-time Grand Slam champion is a tough competitor and could prove to be a dangerous opponent as the tournament progresses.

The women’s singles tournament has been severely weakened, with six of the top eight players in the WTA rankings not playing in New York.

That has left Serena Williams as the 33/10 favourite to lift the trophy, but those odds look far too short given that she hasn’t won a Grand Slam since 2017.

The 38-year-old looks destined to fall short in her bid to match Margaret Court’s record of 24 Grand Slams and there is better value to be found elsewhere in the field.

Petra Kvitova was in fine form prior to the suspension of the season and looks overpriced at odds of 14/1 to win her first US Open title.

Djokovic is a banker bet to win the men’s title, while Kvitova should give punters a run for the money in the women’s section.