Venus Williams hopes to convince Serena to ‘evolve back for doubles’ 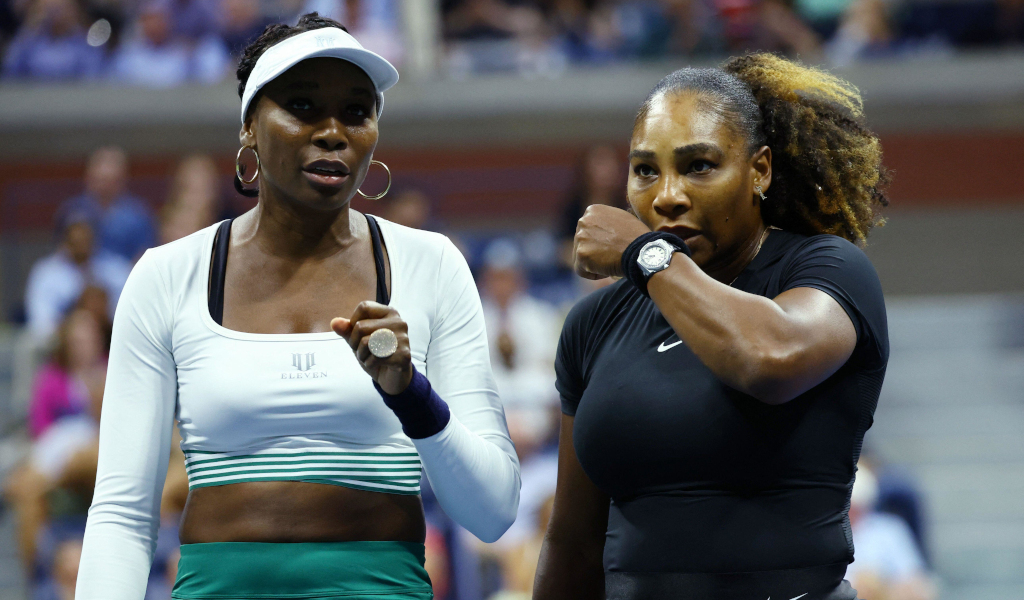 We might not have seen the last of Venus and Serena Williams competing as a doubles team with Venus admitting that she is trying to get her sister to “evolve back for doubles”.

Serena announced in the build-up to the US Open that she would be “evolving away from tennis” and all but confirmed that the US Open would be her last professional tournament.

She then announced that she would team up with Venus in the doubles, but they lost in their opening-round clash on Thursday evening as they went down in straight sets against Czech pair Lucie Hradecka and Linda Noskova.

The following day Serena’s last dance came to an end in the third round of the singles as the 23-time Grand Slam winner lost in three sets against Ajla Tomjlanovic.

An ode to the great Serena Williams and why her screams, complaints, cries and fights mattered

In her post-match analyses her YouTube channel, Venus looked back at their doubles encounter.

“We walk out on the court at 7 o’ clock, prime time match at the Open. It was such an honour and I think probably added the pressure of like really wanting to play well for the crowd,” she said.

“Serena and I, I am not sure how much better we could have played in that match as we played really well, we competed really well. There were some moments where it took us 10 minutes to hold serve.

“It was super exciting to get out there, but then we fell just a tiny bit short and what can you say, our first match in six years and we played amazing, but that is tennis and that is sport. Sometimes you can play your best and still you don’t get the win.”

The Williams sisters won 14 Grand Slam titles as a pair while they also won gold at the 2000 Sydney Olympics, 2008 Beijing Games and 2012 London Olympics.

Before their 2022 US Open adventure, their previous doubles run was at the 2016 Rio Olympics.

Venus, though, left her fans with the following: “I know for Serena I, we have had and lots of wins and even though she’s evolving away from the sport, she might evolve back for doubles.

“Maybe I can get her to play. I don’t even know if I will play doubles again.”