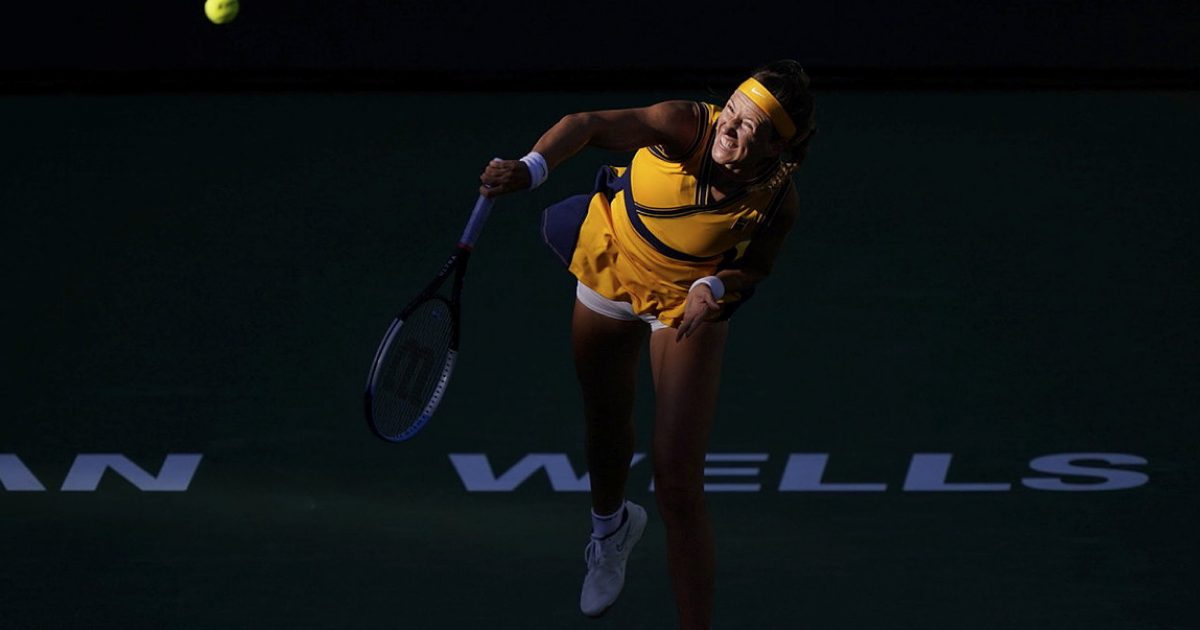 Paula Badosa will play Victoria Azarenka in the final of the BNP Paribas Open after contrasting semi-final wins in Indian Wells on Friday.

The 27th-seeded Azarenka had more of a battle against 24th seed Jelena Ostapenko but came from behind to win 3-6 6-3 7-5.

“I thought the most important thing, I would say today, was my fight, that I can be really proud of,” said Azarenka.

“Analyzing the game, it was a lot of probably things that I could have maybe done a little bit better.

“Overall she was playing really incredible in the first set, not giving me much to do. I was just trying to find opportunity, actually create opportunity, for me to get back into the match, to take a little bit more control in the match, really fight for every ball.”

The 23-year-old Badosa overcame Jabeur despite a mixed bag in serving. The Spaniard conceded seven double faults compared with the Tunisian’s two, but won 75% of her first serve points to Jabeur’s 59.5%.

Jabeur held an edge in winning 43% of second serve points to Badosa’s 35%, but could only convert one of 10 break points against the Spaniard’s serve, while Badosa capitalised on four of 15 against the Tunisian.

As the scores would suggest, Azarenka and Ostapenko were line-ball in most areas, winning 62.9% and 63.6% of first serve points and committing eight and six double faults respectively.

But the Belarusian Azarenka gained a slight edge in second service points, winning 48% to the Latvian’s 39%, and crucially converted one extra break point, five to four.