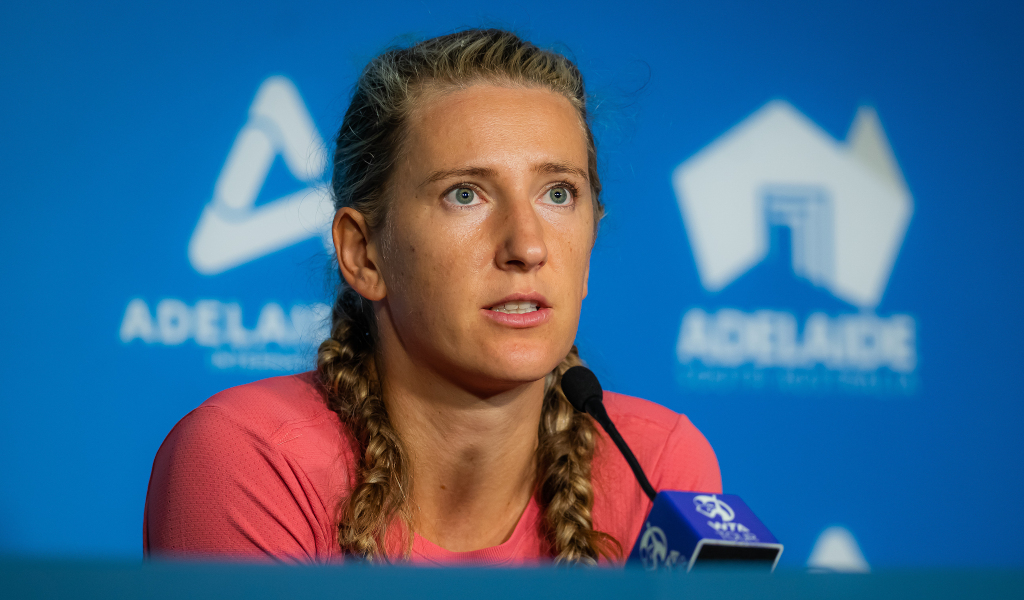 Victoria Azarenka believes tennis must do more to stamp out inappropriate relationships between male coaches and female players.

It has been an open secret within the sport for years that many such situations occur, and Pam Shriver went public earlier this year with the revelation that she was involved with former coach Don Candy when she was a teenager.

French player Fiona Ferro, meanwhile, has accused her former coach Pierre Bouteyre raping and sexually assaulting her when she was a teenager between 2012 and 2015, with the case now the subject of legal proceedings.

Bouteyre, though, has denied the allegations and he “recognises the relationship occurred but denies any coercion”, according to a statement from his lawyer, who says the 50-year-old Bouteyre felt the relationship as “a true love story”.

Ferro replied in a social media post: “I take note of Pierre Bouteyre’s position on my accusation of acts of rape and sexual assault by a person in authority. I confirm that I was not consenting and that the rapes and sexual assaults were committed by moral constraint according to article 222-24 of the Penal Code,” she wrote.

“I place all my trust in the justice system of my country and confirm that I do not want to make any other declaration on the criminal investigation procedure.”

WTA Player Council representative Azarenka believes it is time for authorities to take a stronger stance.

“It’s a very sensitive subject, because you won’t hear those stories unless players come out and tell those stories. It happens right and left on the tour, which is unfortunate,” the former world No 1 said after her third-round win at the US Open on Saturday.

“Our job is to be better at safeguarding. As a player council, it’s almost like the number one subject to us. Because we see those vulnerable young ladies getting taken advantage of in different situations.

“It’s really sad and really makes me emotional. If I had a daughter, I would have a question would she want to play tennis, that would be a very big concern in that way for me.

“Just the recent story with Fiona Ferro that came out. I don’t know how to put it in words sometimes. All you can do is check in on the person and give your hand, ‘What I can do? What I can help with?’

“I applaud her for being brave. I hope this situation, she’s going to come out of it stronger and tennis is not ruined for her because of that. That’s, I think, a very, very heavy topic. But it’s the topic that has to come out more.”

“Do the research, help people to open up more. Hopefully one by one try to eliminate those types of situations,” she added.