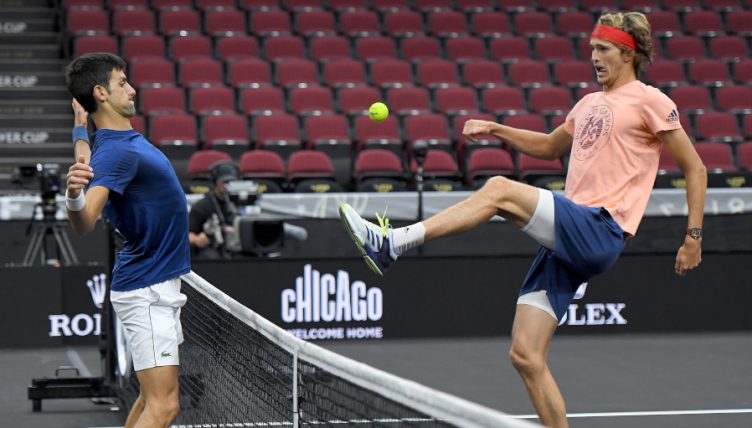 The trio will represent Team Europe against Team World during the second edition of the Laver Cup in Chicago this weekend.

We enjoyed the sound effects coming from Djokovic.

The Laver Cup starts on Friday 21 September with Dimitrov facing Tiafoe in the opening singles rubber while Federer and Djokovic will team up in the doubles later in the day with Anderson and Sock their opponents.