VIDEO: Novak Djokovic hits Roger Federer in the back at Laver Cup 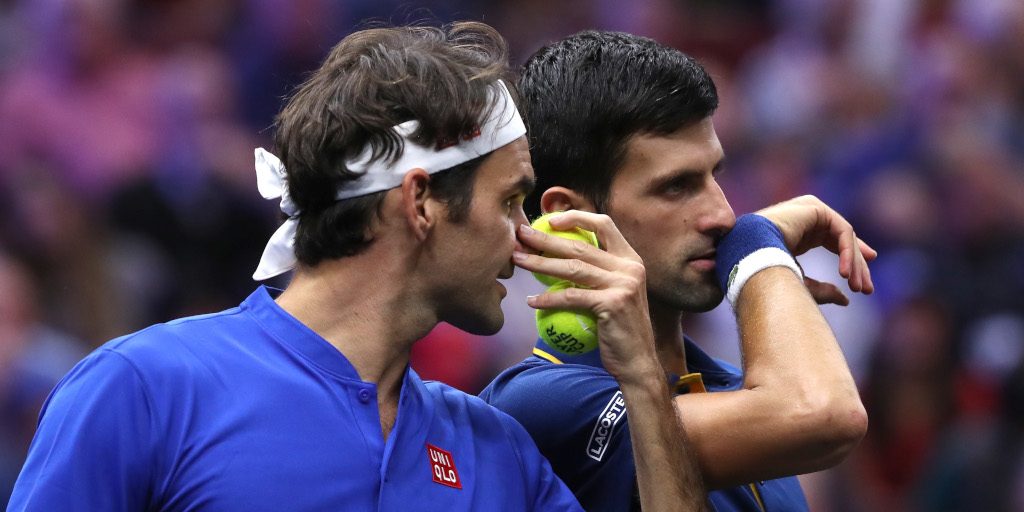 The Roger Federer-Novak Djokovic doubles partnership at the Laver Cup was always going to produce one or two interesting moments.

And it was Djokovic who delivered as he accidentally hit his partner during the match against Jack Sock and Kevin Anderson.

Watch as Federer takes one for the team.

Well, that was AWKWARD 😳 pic.twitter.com/WHJKFL56qD

The duo had a nice discussion about it during the changeover.