WATCH: Daniil Medvedev performs peculiar celebration after US Open win and then explains what it meant 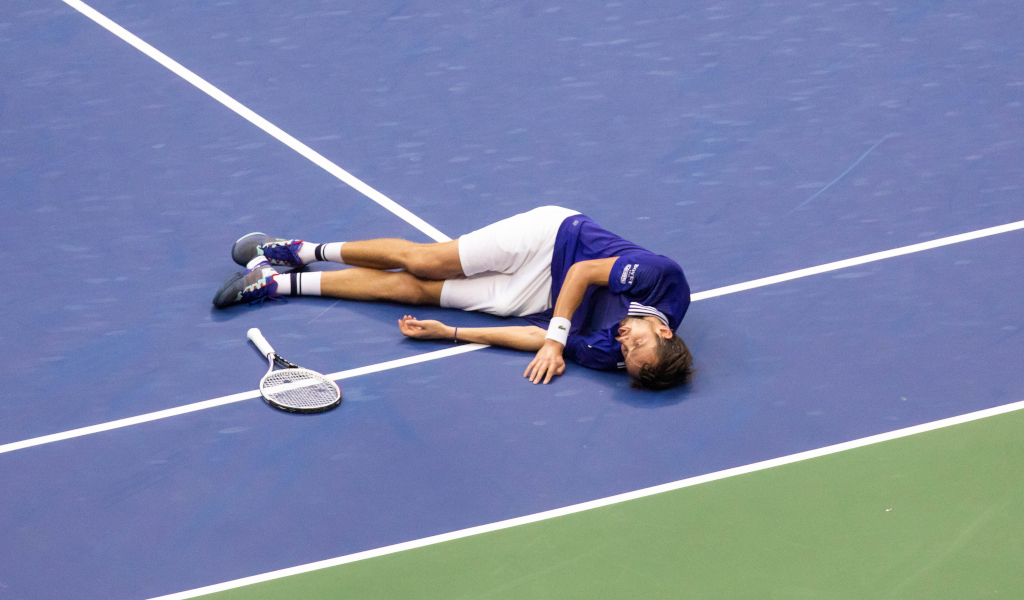 Daniil Medvedev celebrated his US Open final victory over Novak Djokovic by falling to the ground in a slightly odd way and later revealed what it meant.

The world No 2 produced a clinical display at Arthur Ashe Stadium on Sunday evening to beat world No 1 Djokovic 6-4, 6-4, 6-4 to secure his maiden Grand Slam title. His victory also denied the Serbian a Calendar Grand Slam and the chance to claim the outright lead for most major trophies by a male player as he remains tied with Roger Federer and Rafael Nadal on 20.

After wrapping up the title on his third match point, Medvedev fell the ground, stuck his tongue and stayed motionless for a second or two before getting up to shake hands with his opponent.

During the post-match on-court interview the Russian explained what his celebration meant.

“Only the legends will understand, what I did after the match was a L2 + Left,” he revealed.

Everyone will be trying that one soon. 🎮@DaniilMedwed | #USOpen pic.twitter.com/pfuDihx33G

And in case you didn’t know, L2 + Left is the code for the FIFA brick fall goal celebration.