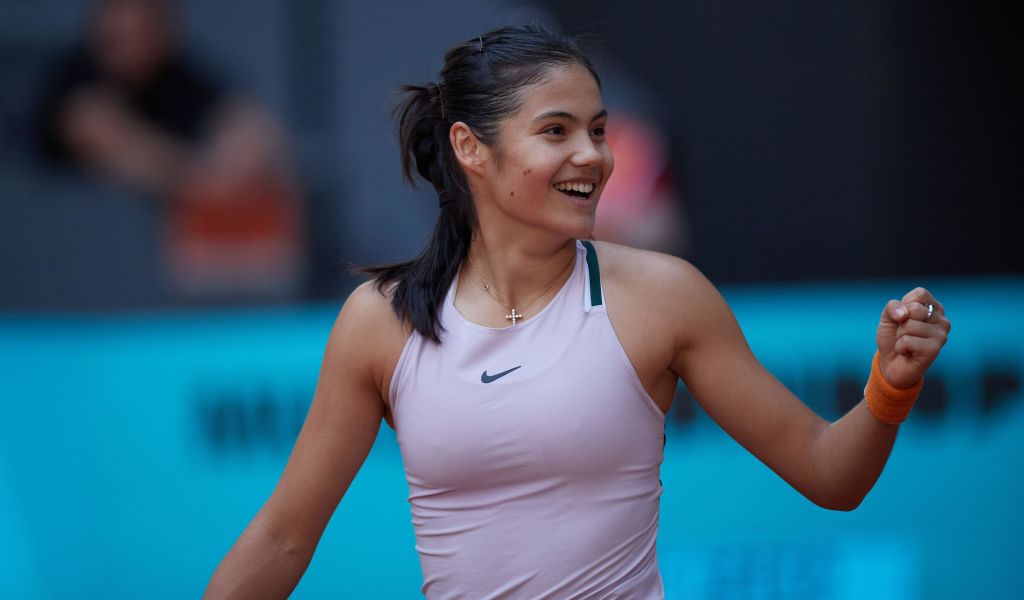 Emma Raducanu’s preparation for the 2023 season is well underway, but she recently took time out to deliver a “tennis masterclass” for pupils from a London high school at the Queen’s Club.

The 20-year-old shot to fame last year when she became the first qualifier – man or woman – to win a Grand Slam, winning 10 matches without dropping a set en route to lifting the US Open trophy in New York.

Her success made her a household name and the Lawn Tennis Association reported a major increase in interest in tennis from young and old while the UK government also vowed to invest £22million into the sport.

Raducanu herself is also helping to inspire the next generation and she recently took part in a coaching session with pupils from the Sacred Heart High School in Hammersmith, thanks to the Queen’s Club Foundation and the LTA.

“Last Friday 14 of our pupils had the chance to take part in a Tennis masterclass with @EmmaRaducanu a HUGE thank you to the @QueensClubFdn and the @the_LTA for making this happen! An AMAZING experience for our pupils 🎾🎾,” the Sacred Heart High School tweeted.

In another post they shared a video with Raducanu with the caption: “It’s not every day you get to play Tennis with your idol! @EmmaRaducanu THANK YOU @QueensClubFdn & @the_LTA.”

During the session, the HSBC global brand ambassador once again named Chinese great Li Na, who won the 2011 French Open and 2014 Australia Open, as her idol.

“I’d say, my favourite tennis idol is Li Na. I loved her intensity and athleticism,” she said when asked who inspires her.

As for what motivates her to keep playing, she replied: “What motivates me to keep training is the satisfaction feeling I get after training and at the end of the day. I feel really proud for pushing myself, even if I might not have felt like it.”

Raducanu struggled to replicate her Flushing Meadows success this year – losing in the first round of the US Open – and has slumped to outside the top 70, having started the year inside the top 20.

She has already confirmed that she will kick off her 2023 campaign in Auckland and admitted that she learned a lot of lessons during her first full year on tour.

“I’m really looking forward to another full year on tour. I just had my first one, and taking the lessons I’ve learnt this year and applying them on to the next one,” the British No 1 said.

READ MORE: Emma Raducanu confirms her first event of 2023 – ‘It is a great way to start off the Australian Open swing’