WATCH: ‘He was there for me,’ says Novak Djokovic in emotional tribute to Kobe Bryant 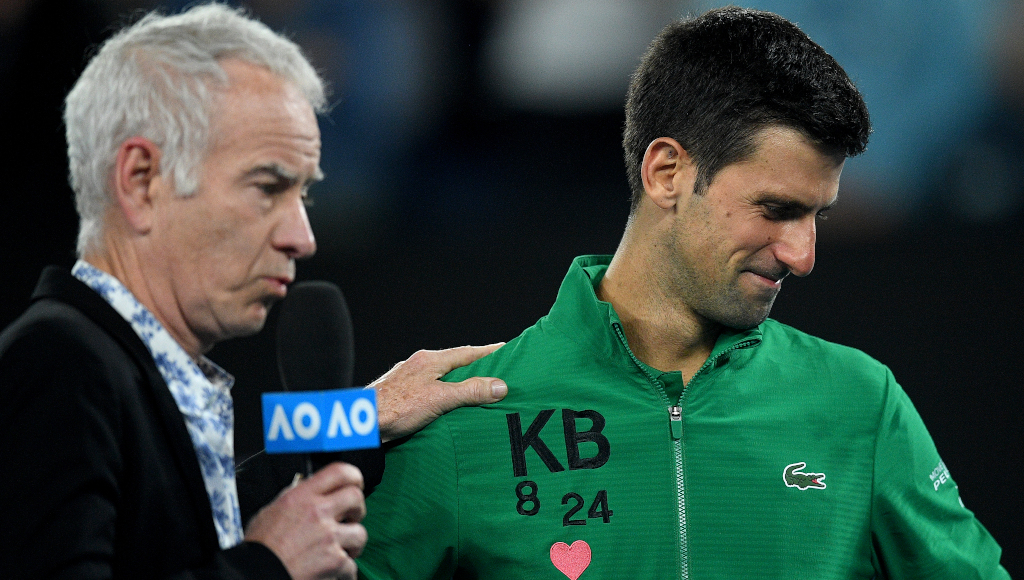 Novak Djokovic broke down while paying tribute to the late Kobe Bryant, saying the NBA great was “there for him” when he needed advice and support.

Bryant, his 13-year-old daughter Gianna and seven other people died in a helicopter crash in California on Sunday.

“My heart truly mourns over the news today,” he wrote. “Kobe was a great mentor and friend.”

After his quarter-final clash against Milos Raonic on Rod Laver Arena on Tuesday, the 16-time Grand Slam winner was asked about Bryant and described him as “one of the greatest athletes of all time”.

“He was there for me”@DjokerNole pays tribute to his late friend and mentor Kobe Bryant.#AO2020 | #AusOpen pic.twitter.com/k8sRHcBATw

“I don’t know what we could say. It really caught us by surprise,” he said during his on-court interview.

“He was one of the greatest athletes of all time, he inspired myself and many other people around the world. I had that fortune to have a personal relationship with him over the last 10 years.

“When I needed some advice and support, he was there for me. He was my mentor, my friend, it’s just heartbreaking to see what has happened to him and his daughter. It’s unbelievable.”