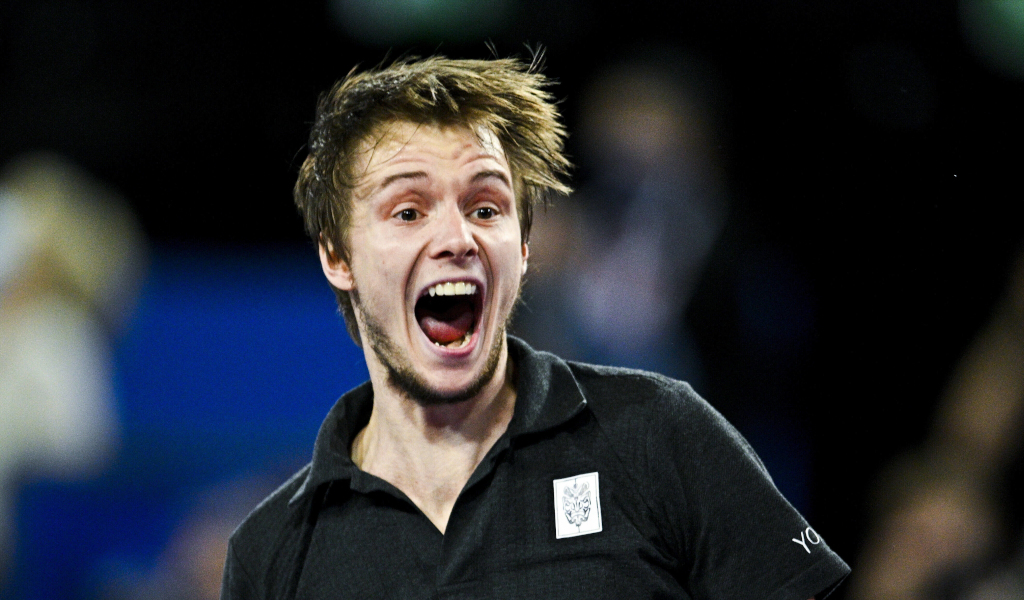 Take a bow, JJ Wolf and Alexander Bublik! The duo delivered two truly brilliant tennis moments at the Miami Open over the weekend.

Luckily for us, the magical moments were caught on camera at the Hard Rock Stadium in Miami Gardens.

Wolf was first up at the ATP Masters 1000 event during his second-round encounter against Stefanos Tsitsipas on Saturday with the American qualifier producing a left-handed winner.

If you are wondering ‘what is so brilliant about that?’, then keep in mind he is right-handed.

J.J. Wolf with one of the best shots you'll EVER see!#MiamiOpen pic.twitter.com/NVt8tabvA1

“It’s my shot in practice,” he said after the match. “When I start my hits, I warm up lefty just to get my wrists going. I actually broke my wrist in a soccer game so I played for a full summer lefty. Both my parents are lefties, as well!”

Then it was over to Bublik on Sunday and the Kazakh has always been known for his trickery, but even he would have been surprised with that shot in the heat of the moment.

Instead of playing a lob from Casper Ruud the traditional way, he decided to use the handle of his racket to play a drop shot, and it worked as he won the point.

Sixth seed Ruud, though, had the last laugh as he won the match 6-3, 6-2 to set up a clash against 10th seed Cameron Norrie from Great Britain.