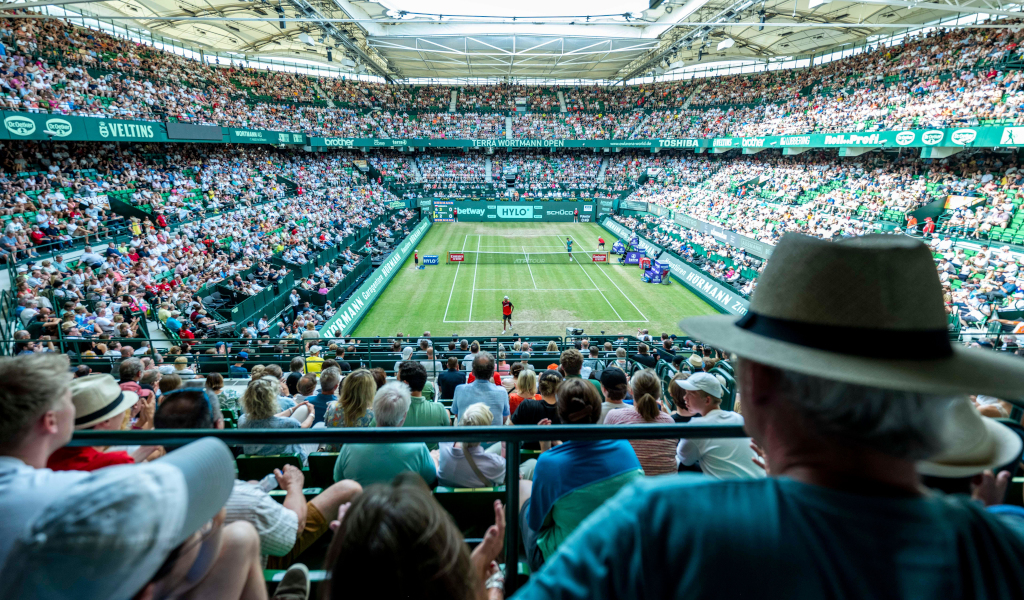 Two big ATP Tour grass-court singles finals take place on Sunday with Matteo Berrettini up against Filip Krajinovic at the Queen’s Club Championships while over in Germany Daniil Medvedev takes on Hubert Hurkacz.

Berrettini is one win away from successfully defending his Cinch Championships title at Queen’s after defeating Botic van de Zandschulp from the Netherlands in two sets.

Krajinovic, meanwhile, got the better of seventh seed Marin Cilic to reach a fourth ATP Tour singles final, but he will be hoping it is fifth time lucky on Sunday as he is still looking for his first title.

The Queen’s Club Championships final on Centre Court get underway at 13:30 (BST) on Sunday and BBC One, BBC Two, BBC iPlayer and the BBC Red Button will screen the action for FREE.

Over at the Gerry Weber Stadion, world No 1 Daniil Medvedev made it two ATP singles finals in two weeks as he got the better of local hope Oscar Otte in the last four reach the Halle Open final.

He will face fifth seed Hubert Hurkacz after the Pole defeated the eccentric Nick Kyrgios in three tight sets.

Global streaming services Tennis TV and Amazon Prime Video Viewers will bring you the Halle Open to your laptop/desktop/smart TV.