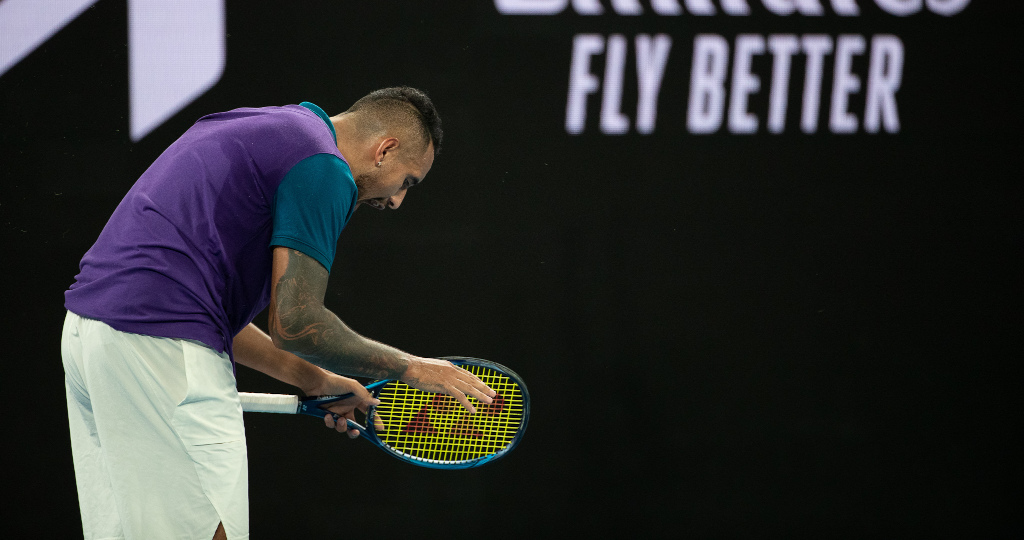 Nick Kyrgios was never going to let an opportunity to mock Novak Djokovic go to waste as he decided the second round of the Australian Open was a good chance to ridicule the world No 1.

Kyrgios has had a long-standing feud with Djokovic and – to be fair to the 17-time Grand Slam winner – it often feels one-sided as the Serbian has rarely responded to the Australian’s taunts.

However, that didn’t stop the world No 47 from having another go when he and doubles partner Thanasi Kokkinakis arrived on Margaret Court Arena for their clash against fourth seeds Lukasz Kubot and Wesley Koolhof.

Kyrgios, who in the past admitted he is not a fan of Djokovic’s “cringeworthy” celebration, felt it was a good time to copy said celebration.

👑@NickKyrgios takes the Mickey out of @DjokerNole in one of the funniest walk outs in tennis history! 🤣🤣🤣

There was no celebration from Djokovic after the match as the Australian pair went down 6-3, 6-4 against Kubot and Koolhof.