WATCH: Novak Djokovic hopes to play doubles with son Stefan one day as he tears up while talking about his kids 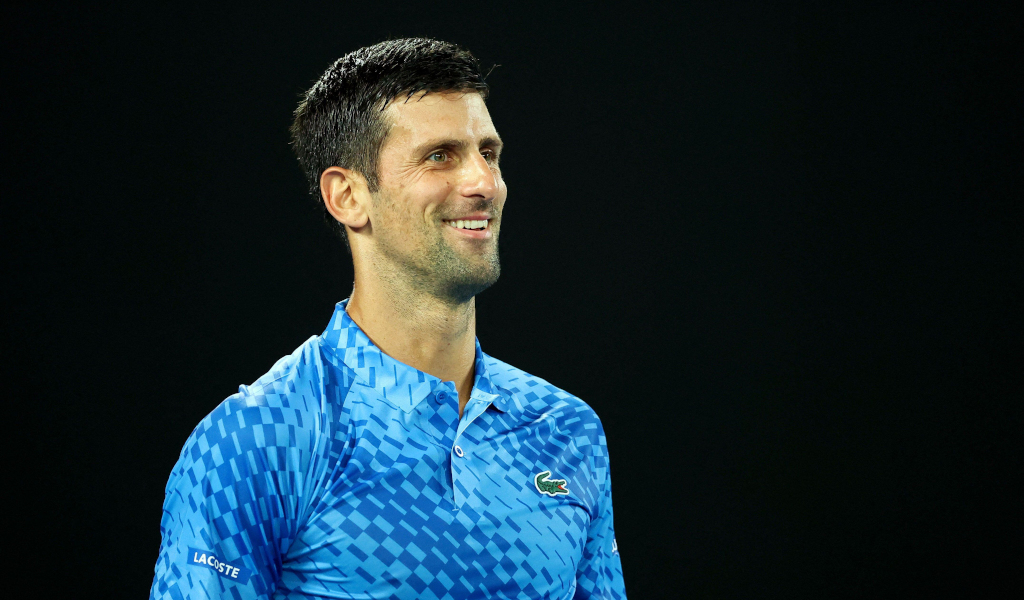 Novak Djokovic’s march towards a 10th Australian Open title continued at Melbourne Park on Monday as he ruthlessly brushed aside Alex de Minaur, but his softer side appeared when he talked about his children during his post-match interview.

The 21-time Grand Slam winner was at his brutal best in the night session on Rod Laver Arena as he dispatched De Minaur 6-2, 6-1, 6-2 in just over two hours.

It was certainly a statement performance from the seventh seed and favourite as he bulldozed his way past the Australian.

But his powerful and intimidating persona disappeared as soon as commentator Jim Courier asked about his children after the match.

First up they discussed his eight-year-old Stefan’s love for tennis.

“He’s playing, he’s enjoying himself,” proud dad Novak said. “The important thing is he is just loving what he is doing, whether it is tennis – whatever sport – of course as a father I want him to be active, be healthy.

“He loves tennis, he wants to watch every single match. Whenever I am at home there is no tennis break for me because I play with every day. It is the most beautiful thing that I could ever experience in my life, being a father of wonderful two little angles.

“Who knows maybe one day Stefan and I [can] come back here playing doubles with you guys. I still have plenty of time left ahead of me.”

The Djokovic family completed a double in May last year as Novak won the Italian Open on the same day that Stefan won his first-ever tournament.

Stefan also joined his father at a practice at the ATP Finals in Turin last year.

Djokovic also admitted that he doesn’t want to push his son too hard, saying in July: “It’s too early to speak about it, to be honest. He’s not even eight-years-old. It’s important for me that we have a relationship as a father and son … before anything else, and that he’s enjoying life.”

“Whenever she looks at me, I’m disarmed.” 🥺 Novak’s tribute to his children after tonight’s win was just beautiful. ❤️

Asked about his five-year-old daughter Tara and her interests he replied: “She is not into tennis at all. She is into ballet, gymnastics. She’s a really cute girl.

“She is keeping me grounded and humble as well. She spins me around every single day, whenever she looks at me I am disarmed. Her look is the most beautiful look I have ever experienced in my entire life.”

READ MORE: Who is Novak Djokovic’s wife, Jelena? How did they meet, children, biography, charity work