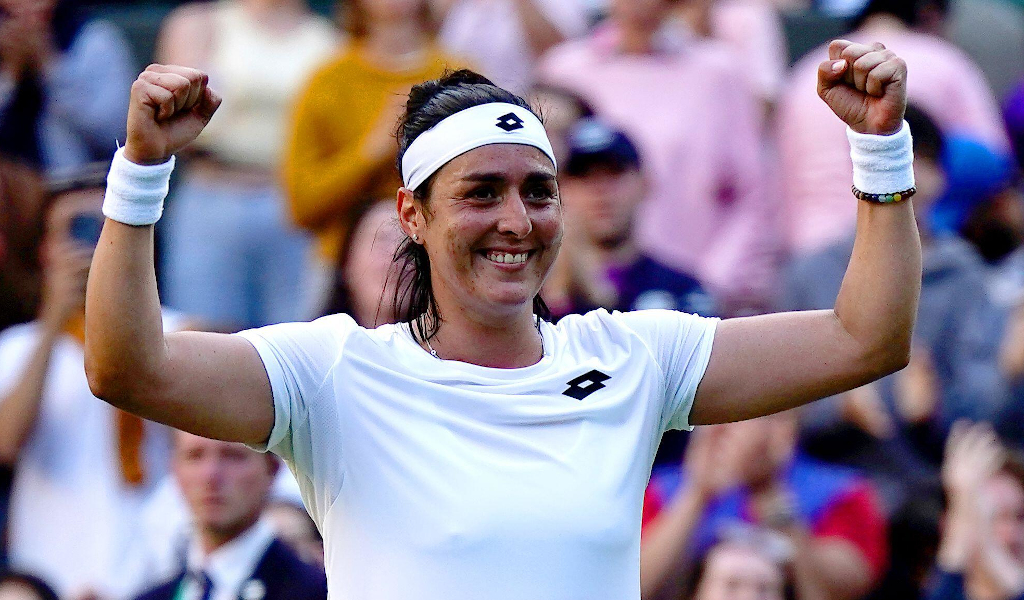 Swiatek had the biggest reaction as a costume-clad Jabeur jumped out from behind a screen.

The World No 1 screamed: “This is the worst!”

Jabeur loves spreading joy on tour, and everyone involved had a good laugh.

Jabeur hasn’t played on the tour since her home event a few weeks back but feels well-prepared for the WTA Finals in Fort Worth.

Speaking ahead of the season finale she said: “Well, San Diego was really, like, just after Tunisia. So traveling-wise and jet lag-wise it was not smart to play. Guadalajara is completely different conditions than here, so we didn’t want to take the risk and just play another tournament.

“Plus, I was pretty tired with all the matches that I played, and I said that I would do a mini preparation and get prepared. The main reason is to prepare for this tournament. I wanted to get a few matches in Tunisia. Obviously, I want to go for title, but it was good enough.

“I mean, last year was crazy. I mean, also the scheduling didn’t help much to fly to different countries. But, yeah, definitely I played a lot last year, and it didn’t help with my injuries at the end of the year. Definitely didn’t want to do the same mistake.

“I didn’t have to play a lot of tournaments at the end of the year, so the choice of just training and make myself stronger physically will help me definitely be ready for this tournament and also for next year.

Jabeur is one of four players making their WTA Finals debuts and feels that the pandemic has hastened a changing of the guard in women’s tennis, but believes that none of the players in the field are there out of the blue.

“I feel like even the first time the players that have played the first time here, they were pretty consistent the last few years. You can take Jess, Coco, me. We always try to qualify. We were maybe 13, 12 in the Race before.

“But, yeah, I mean, I feel like nobody saw the changes coming because of the COVID and the ranking, so I feel like the change happened, like, way before. But since the rankings stopped for a while, people didn’t see it.

“I feel like those players are here. They were the players consistent for a few years already.”

READ MORE: Martina Navratilova picks her winner for the WTA Finals: ‘How can you go against her?’