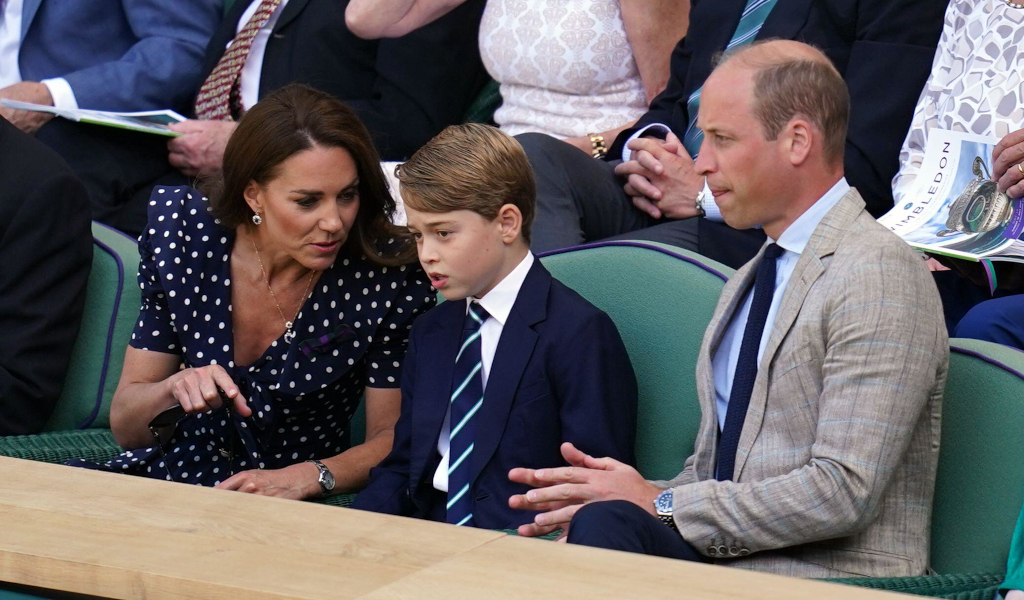 Prince George is accustomed to having huge responsibilities on his young shoulders, but holding the Wimbledon trophy got a bit too much for him while meeting champion Novak Djokovic.

The third in line to the throne attended his first Wimbledon alongside his parents the Duke and Duchess of Cambridge, watching as Djokovic defeated Nick Kyrgios in four sets in the final on Sunday to win the title for a seventh time.

After the match the three royals met up with 21-time Grand Slam winner Djokovic and the champion asked the young prince: “First Wimbledon? How did you like it?” and the reply was “great” with a thumbs up.

He was then asked: “Do you wanna touch the trophy? Wanna hold it?”

After Prince George was handed the trophy, Prince William chirped “Yeah don’t drop it” while his mother the Duchess of Cambridge made sure the top doesn’t fall off.

The youngster held the trophy for under a minute, but it was quite clear that he was uncomfortable and eventually handed it to his mother.

It's been a special first #Wimbledon visit for Prince George 🏆#CentreCourt100 | @KensingtonRoyal pic.twitter.com/VKXg06hPCU