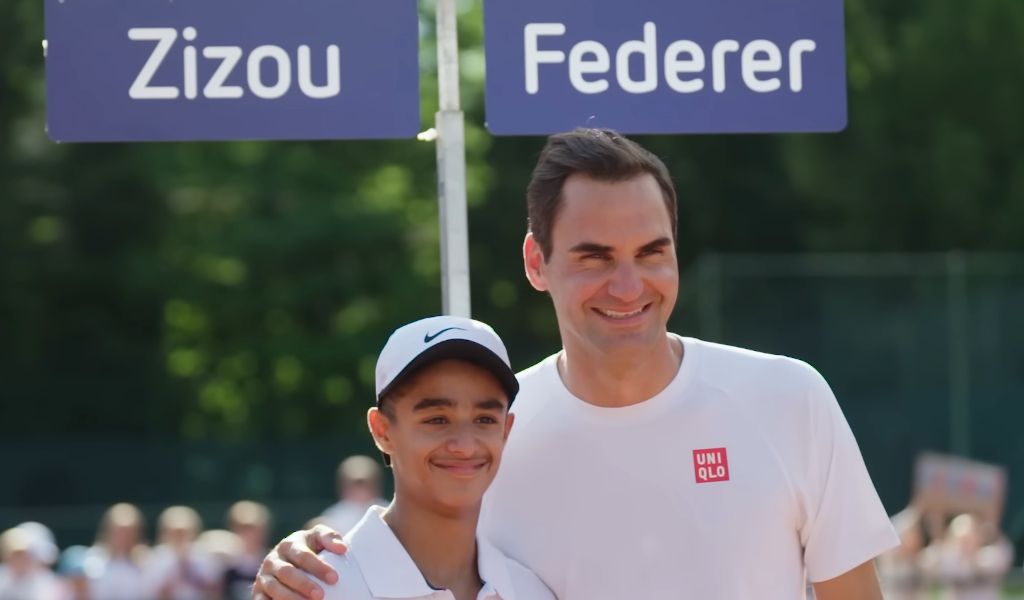 Back in 2017 a young fan challenged Roger Federer to keep playing for a few more years so that he can play a match against the tennis icon before he retired. Fast forward a few years and Federer has kept his promise.

Izyan Ahmad, fondly known as Zizou, brought some laughs, smiles and oohs and aahs to a press conference ahead of the US Open five years ago as he was given an opportunity to ask Federer questions as part of the #NetGeneration Kidcaster event.

“Can you please continue to play for eight, nine years so that I can play you when I go pro?” Zizou asked back in August 2017.

Federer replied: “Yes. If you make it on Tour I will make sure I come back for you”

When the Swiss maestro was challenged “Is that a promise?” he replied: “Almost. Pinky promise.”

Few would have expected the tennis great to keep his promise, but with the help of one of his main sponsors, Barilla, Federer decided to surprise Zizou by flying him to Zurich, Switzerland.

The youngster thought he was in the European country for a training session alongside his coach and his reaction throughout the secretly filmed video is priceless as he describes it as “the best day of my life” before he even met his “worthy opponent Mister Federer”.

We won’t share anything else about the video so here you go. Enjoy!

It is the second video from Barilla and Federer that has drawn praise after they also paired up in 2020 to surprise Italians Carola and Vittoria. The two teenagers became famous after their rooftop tennis video in Liguria during the coronavirus lockdown went viral.

The inspirational youngsters also ended up spending time at the Rafa Nadal Academy, which was also part of “the promise”.

Federer, who has had plenty of time to film these events over the past few years as he has undergone three knee surgeries, is set to make his competitive return in September as he has signed up for the Laver Cup at the O2 Arena in London.

The 21-time Grand Slam winner, who turned 41 on Monday, last played tennis at Wimbledon 2021 when he lost in the fourth round. He is also expected in the Swiss Indoors in Basel in October where he used his protected ranking to enter the main draw.