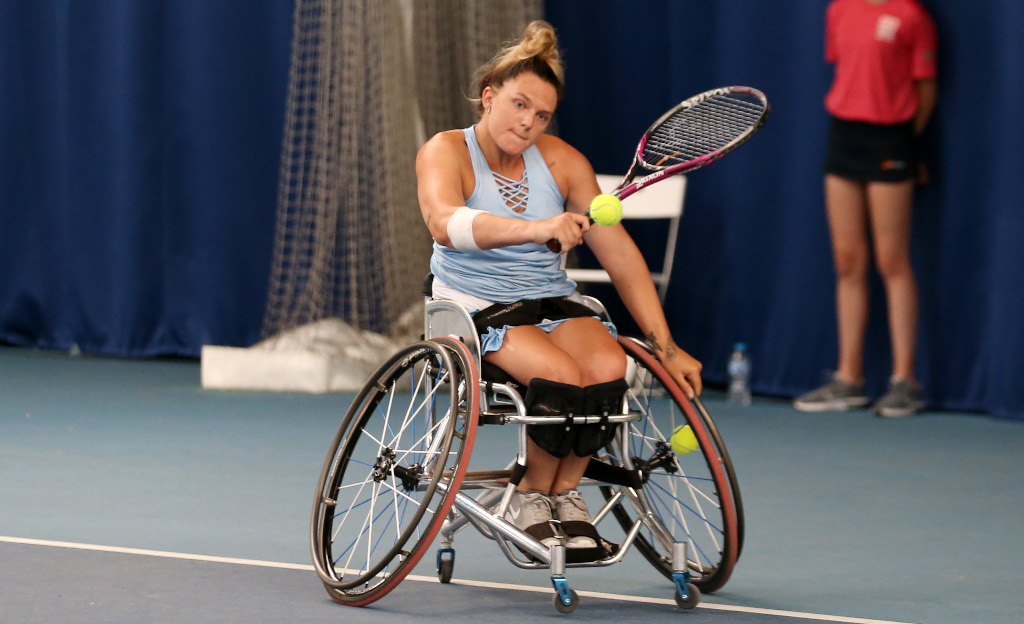 Sarah Edworthy caught up with double Paralympic and 11-time wheelchair Grand Slam champion Jordanne Whiley to talk about how she manages to find the balance between being a full-time professional athlete and mother to her young son Jackson.

The pub had been booked for a big celebratory family lunch, but today [Sunday] Jordanne Whiley will instead be observing Mother’s Day long-distance. Following the LTA’s advice for wheelchair competitors to adhere to social distancing guidelines during the coronavirus crisis, Great Britain’s 2020 Australian Open women’s doubles champion will be FaceTiming her mother from her home in South Oxford, and sadly missing out on the fun of being with Juliein person as her mum opens the hamper of favourite things shehaspackaged up as a special show of appreciation.

Those on the wheelchair tour know the Whileys to be a tightunit. “My mum gave up work so she could care for me when I was born,” says Jordanne, who, like her father Keith, was born with Brittle Bone Disease.“She sacrificed everything so I could play tennis. She took me to lessons, to tournaments, and since Jackson was born in January 2018, she’s been coming with me to look after him. She’s invaluable.” 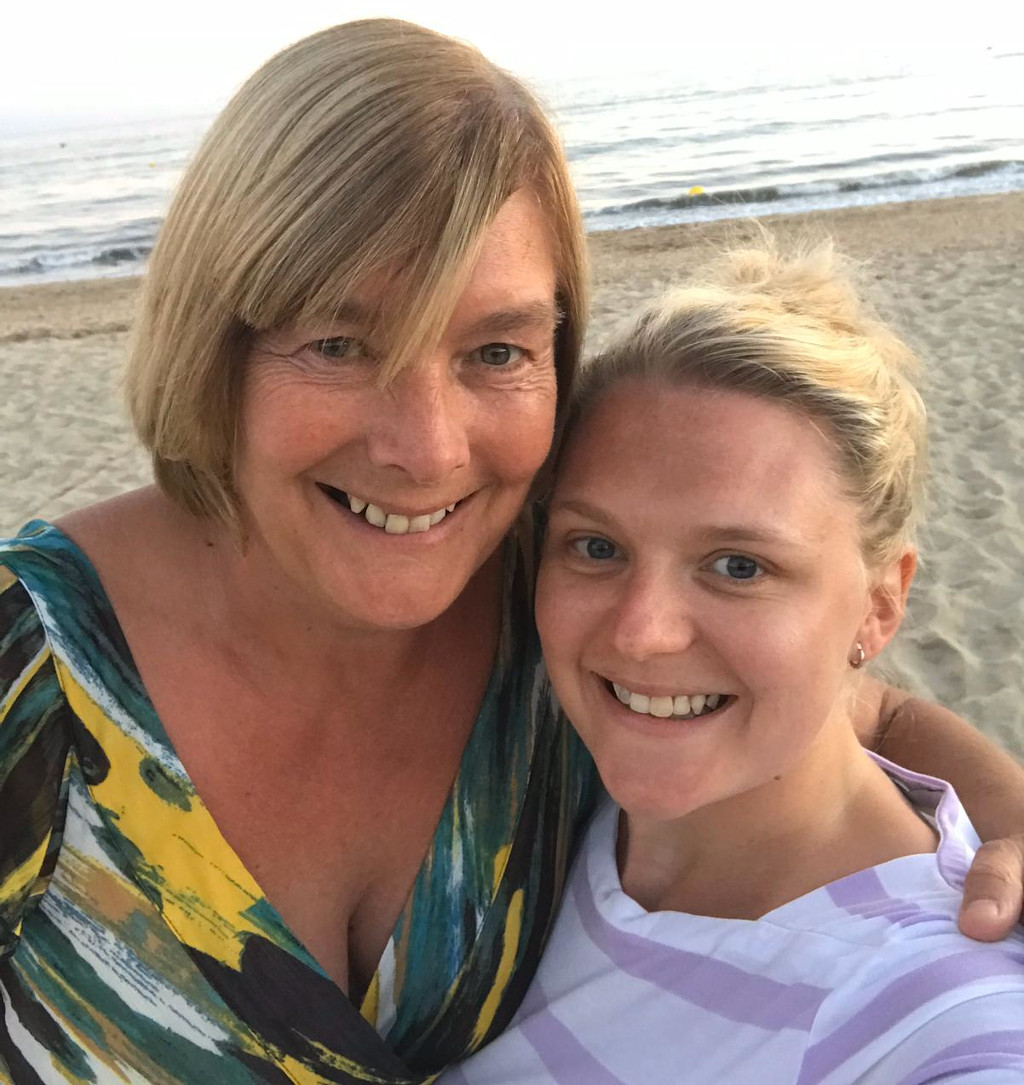 To ensure Jordanne gets proper rest in order to perform her best during tournaments, Julie stays with Jackson in a separate hotel room. “When I’m competing, I’m training, warming up, cooling down, recovering, and making sure I’m getting the right food at the right time. He loves his nanny,and it gives me peace of mind knowing I can do all that while he is happily entertained.”

This long-standing dynamic of maternal support continues to evolve,enablingJordanneto pursue her competitive goals in balance with a happy domestic life. Just seven weeks ago in Melbourne, she won her first Grand Slam title as a mother (partnering Yui Kamiji to rack up their 10th Slam title together) – while, back in the UK, Julie had moved in to Jordanne’s house for three weeks to take over Jackson’s childcare arrangements.

Victoryin the Australian Open was emotional on many levels. The Grand Slam triumph, defeating top seeds Diede De Groot and Aniek Van Koot from Holland 6-2 6-4, keeps Jordanne on track towards her goal to feature on a singles podium in a Paralympic Games. But the three-week absence from home meant she missed Jackson’s second birthday. “That was the longest I’ve been away from him, and I found it really, really difficult,” she concedes.

Before travelling to Melbourne, she had said to her coach and fiancé, Marc McCarroll, that if she was going to be away from their son, she’d have to make everything count. Bringinghome her 11th Grand Slam trophy certainly helped justify that decision. So, too, did little Jackson’s birthday encouragement via a video chat set up by nanny Julie. “He just told me to play tennis, so that’s what I did!”

Jordanne’s comeback to international tennis has been astonishingly successful, despite her expectations when she resumed competition in February 2019. “I had gained two stone, I was unfit, I was worried about the logistics of travelling with a baby and worried about having to spend time away from him. It was the support of my family that helped me get going,” she recalls. “Butthere was an immediate change in my tennis. In the first two tournaments, I won one and came runner-up in the other beating the top five players in the world… and I was hoping just to get through a round!” 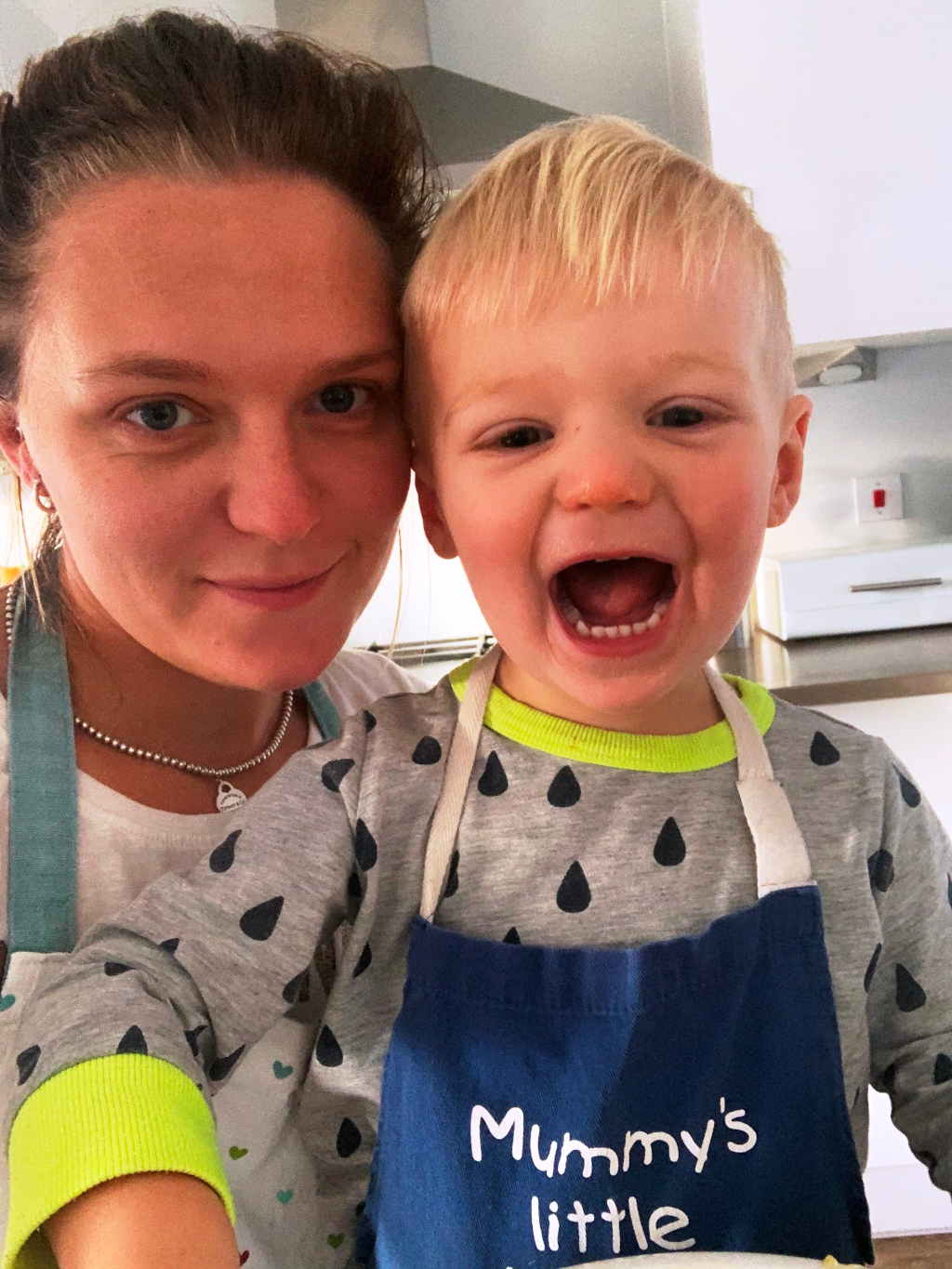 Now 27, Jordanne sees her pre- and post-motherhood tennis lives as two different careers. “I was a different tennis player before. Becoming a mother changed me so much, personally and in the workplace. I prefer me now… Being responsible for a child changes your priorities, and the way you think about and perceive the world. I’m calmer, I have more respect for people, I’m kinder on myself, and this all translates into working harder on court. Not wanting to waste any time when I’m away has really aided my performances.”
Since her return from maternity leave, she has won seven singles titles and eight doubles titles. “I attribute my achievements to my mum,” she says.

“She literally does everything with Jackson to allow me to train and compete. She travels from Birmingham to stay here two nights every single week. When I’m competing abroad, she comes for one, two, even three weeks at a time. Without her help I would have had to have retired. She helps maintain the balance for me as a mum who is also an athlete. I didn’t become a mum to not be around.”

Part of this changed perspective stems from newfound motivation. She was 11 weeks pregnant when she and Kamiji won their fourth Wimbledon doubles title in 2017. Does she play for herself, or for her son? “A mix of both,” she says. “The reason I came back after my son’s birth was to continue pursuing my life goal, which is to be on the singles podium in a Paralympic Games. That is my ultimate competitive goal. But I also want Jackson to experience seeing me and other people with disabilities travelling the world, competing and following our dreams. I don’t want him to grow up hearing that tennis was something I did.”

The corona virus pandemic has made these uncertain times. The tennis calendar is suspended; the fate of the Tokyo Games still undetermined. But with the unwavering support of her mother, Jordanne Whiley’s 2020 goals are – so far – still in place. Coping with the uncertainty is the challenge. “I’m a planner, an organiser. I like a schedule. I had this plan of doing my tournaments, playing well. We’re getting married at the end of the year, there’s a hen night, a stag do, a honeymoon… and then I was going to see where I was in terms of tennis because I don’t see myself going on to do another four-year cycle. Now there’s talk of moving the Games, and it’s become really, really stressful.”

Mother’s Day 2020 will be a day of respite, enjoying time spent with her toddler. “Jackson’s a typical little boy, a ball of energy, and he never stops. It makes self-isolation quite challenging! Butit will be nice doing fun things with him – baking and painting. He loves helping me make cakes and biscuits; he likes doing all the stirring, and the decorating. Our house is going to be overflowing with sweet things, but we have a nice big trampoline in the garden so he can burn off some of that energy.”