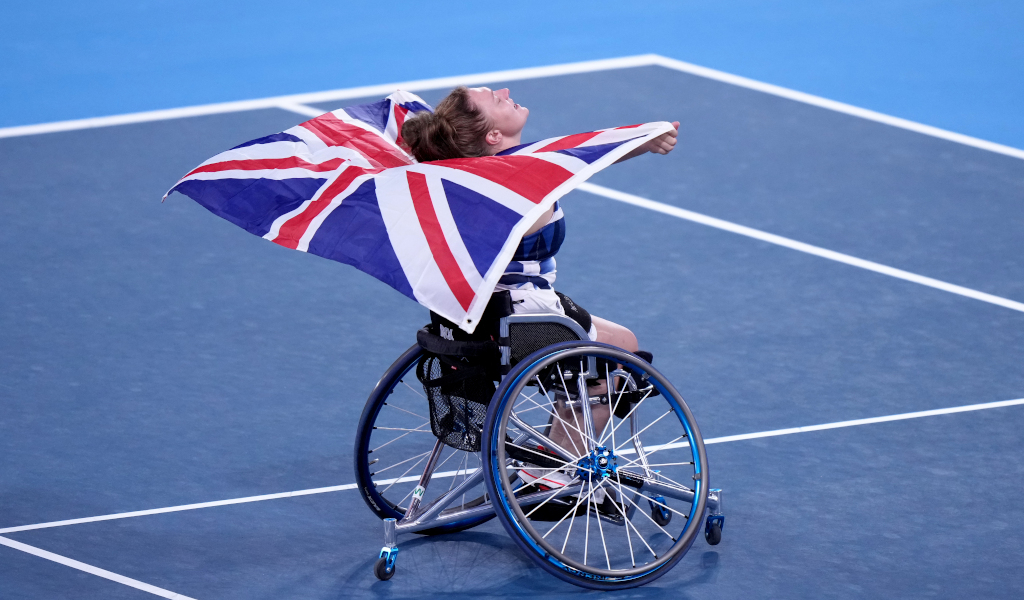 The 29-year-old ends her career as one of Britain’s most decorated tennis players having won 13 Grand Slam titles and four Paralympic medals.

Whiley’s greatest success came in doubles, where she claimed 12 Slam titles alongside Japan’s Yui Kamiji, including the calendar Grand Slam in 2014.

There comes a time in everyone’s life where we must close the current chapter and move on to another.

Wheelchair tennis has been the biggest chapter of my life, with a professional career spanning 16 years.

Their fourth Wimbledon title in 2017 came despite Whiley suffering morning sickness while pregnant with son Jackson.

She returned to the sport the following year and in 2020 won two more titles with Kamiji at the Australian Open and US Open, while their final title together came at Wimbledon this summer.

The Tokyo Paralympics was a key motivation for Whiley in returning to the sport and she achieved a major goal in winning the bronze medal in singles as well as silver alongside Lucy Shuker in doubles.

Writing on Twitter, Whiley said: “There comes a time in everyone’s life where we must close the current chapter and move on to another. Wheelchair tennis has been the biggest chapter of my life, with a professional career spanning 16 years.

“Tokyo was the perfect ending to a successful career and I leave the sport with no regrets and a heart filled with pride. I have lifted many titles and received many honours, but nothing compares to the people I have shared it all with and the experiences I have had along the way.

“Although it feels weird to be leaving such a huge chapter of my life in the past, I know this is the right time to move on to other great things.”

Whiley first picked up a racket at the age of three and, like her father Keith, who was a Paralympic medallist in athletics, was born with brittle bone disease.