Who is Jack Draper and could he challenge Holger Rune as the Next Gen leader? 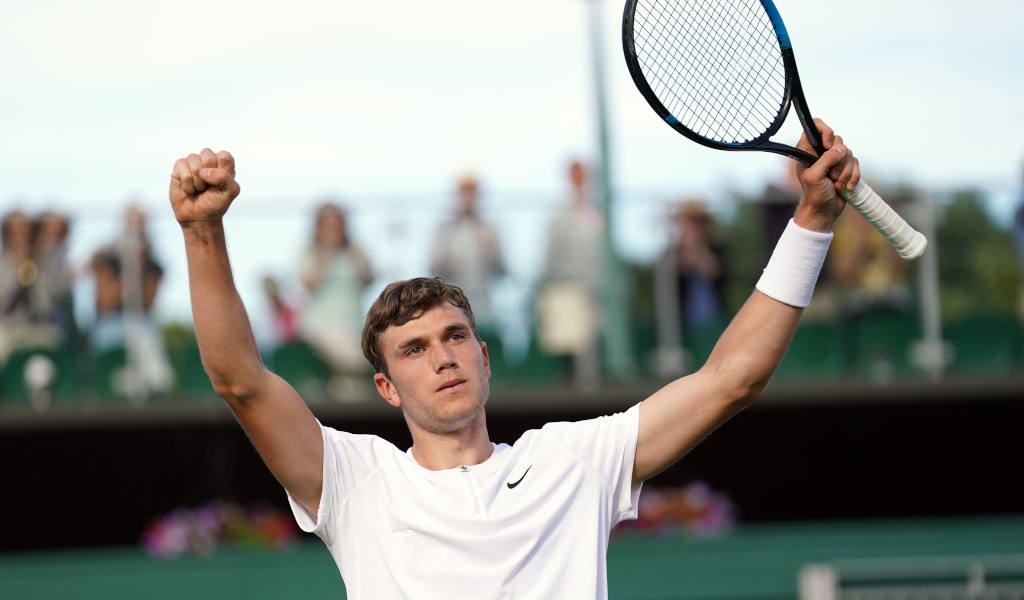 Britain’s Jack Draper has been one of the rising stars of tennis for the last 18 months and now he will be looking to win his first ATP Tour title in 2023.

Draper was beaten by Swiss Dominic Stricker in his opening match at the Next Gen ATP Finals in Turin, but he can look back on a stellar 12 months that has included some stand-out performances.

Here, Grace Flatman looks back on his story so far and asks what comes next for one of the most talked about players in tennis.

The search for the next big star of British tennis is not new. During the era of Tim Henman and Greg Rusedski it was Andy Murray who stood out head and shoulders above all others.

Now, as Murray is coming to the end of his career, and Cameron Norrie is the top British player, it is Draper who looks the obvious next national tennis luminary.

Draper’s tennis pedigree is obvious as he has lived in and around the sport from day one.

His father, Roger Draper, is the former Chief Executive of the Lawn Tennis Association and his mother, Nicky was a top junior player and went on to become a respected coach at Sutton Tennis Club.

“Jack picked up a racket when he was just one, and you could see from a very young age that Jack had incredible hand-eye coordination,” she told the LTA’s website.

“At the time, I was coaching at Sutton Tennis and Squash Club and Jack used to come down and watch, probably starting when he was two and a half.

“I had started doing tiny tots’ sessions for kids who were as young as three and Jack would always join in. He loved other sports as a child, but tennis became a priority very quickly.”

Throughout his school years, the LTA kept a very close eye on Draper’s progress and Britain’s best junior coaches, Justin Sherring, Mark Padfield and Ryan Jones all helped his progress.

“I remember when he was very young, he was being helped by the LTA’s County Support officer Mark Padfield and he used to come to the school to do strength and conditioning work with Jack,” added his mother.

“He was also involved in national camps and talent ID programmes and represented Great Britain in competitions. The LTA have been fantastic in their support throughout Jack’s journey.”

In 2018, Draper’s potential was further underlined by reaching the boys singles final at The Championships, Wimbledon, a run that included a 4hr, 23-minute 7-6(5) 6-7(8) 19-17 semi-final win over Colombia’s Nicolas Mejia.

Perhaps fatigue had something to do with him losing the final in the third set to Taiwanese top seed Tseng Chun-hsin, but his ambitions were now clear and after this performance Draper decided to turn professional.

“It was surreal playing in front of all those people,” reflected Draper after his defeat. “It’s not something I’m used to, but it was a dream come true for me. I’ve had some great wins, I’ve grown in confidence massively, and I can use that inspiration and motivation to take me forward.”

This has been a crucial year in Draper’s progression, with a string of wins in ATP Challenger events signalling his progress at the start of 2022. Draper became the youngest British player in history to win four ATP Challenger singles and then moved on to the ATP Tour and made a quick impact.

He beat the hugely experienced Frenchman Gilles Simon 7-5, 6-1 at the Miami Open, before pushing fellow Britain and world No 12 Cameron Norrie before just falling short 7-6(5), 6-4.

However, it was on grass courts in his English homeland at London’s Queens Club in June that Draper really came to the tennis world’s attention with the biggest win of his career, beating world No 14 Taylor Fritz 6-3, 6-2.

Following up a good win is always the problem for emergent players, but Draper racked up three victories at Eastbourne, knocking out fourth seed Diego Schwartzman, before losing his semi-final in three sets to Maxime Cressy.

Draper continued to improve by rising 27 places to a position just outside the world’s top 50 after a good showing at the big Canadian Masters series tournament in Montreal, beating his first top ten opponent as he saw off Stefanos Tsitsipas in impressive fashion.

A hugely impressive second-round win over world No 13 Canada’s Felix Auger-Aliassime at the US Open showed his rising pedigree in Grand Slam events and he rounded off his year on the ATP Tour by pushing Carlos Alcaraz all the way in a thrilling contest in Basel before winning at a round at the Paris Masters.

It feels like we are seeing the start of something special with Draper, but he is now searching for more consistency and the ability to register three or four wins in succession.

He is currently contesting the ATP Next Gen Finals in Milan, a tournament that provides a stage for the top young male players. Past winners include Tsitsipas and Alcaraz.

However, where Draper really must make his top-flight presence felt is at the Grand Slam tournaments and therefore next January’s Australian Open in Melbourne will be crucial.

With Draper now under the coaching guidance of highly respected James Trotman, he is destined for a very important 2023.

“A lot of the bits of the puzzle have come together for Jack over the last few months. All your experiences add to your belief that you belong at this level,” said Trotman.

“The goal for all of us is to get Jack as fit as possible, keep improving his game because he has a lot of improvement to do. It is all about getting yourself to be the best possible version you can be.”