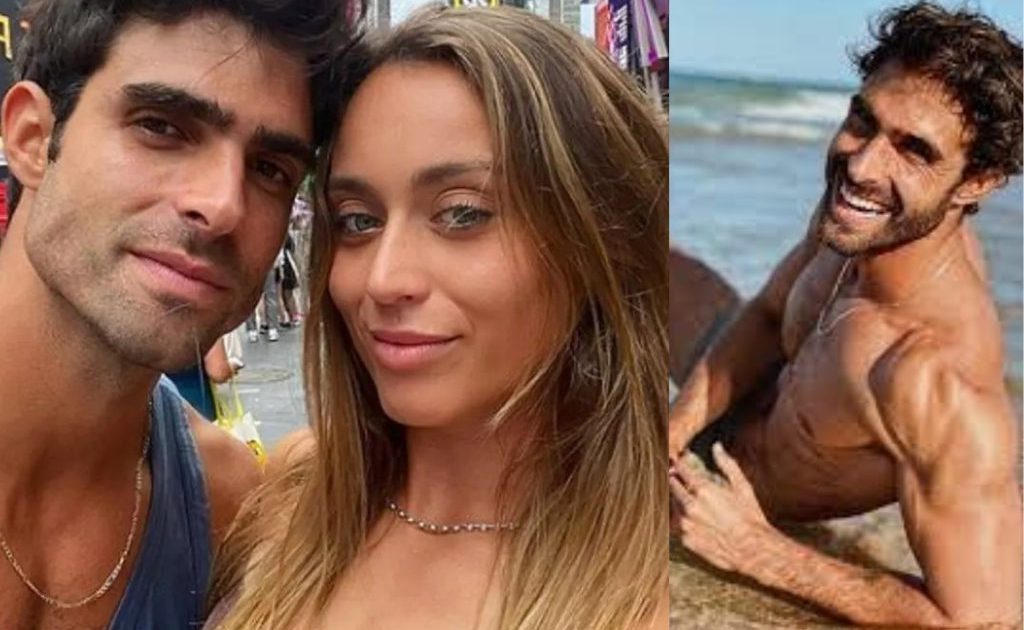 Badosa’s family have strong ties to the Madrid fashion scene, which is reportedly how she came to meet tall, dark and handsome Betancourt.

The beginning of her relationship with Betancourt coincided with a strong improvement on the court for Badosa.

Betancourt was born on 22 September 1990 in Havana, Cuba and would make a name for himself as a model.

Badosa joked in March that she was expecting a marriage proposal from Betancourt, but at this stage nobody has spotted a ring on her finger.

She would clear up that she was only joking later on.

Badosa said: “I was just joking! Right now, I have too many things to think about. I had a text from him, and he was, like, ‘You put so much pressure on me! Now I don’t have any other option!’ Maybe in the future. I’m still young. First, I want to focus on tennis.”

During a modelling career launched by a Tom Ford campaign, Betancourt has worked with photographers Dennis Weber, Xevi Muntané, Gorka Postigo and Segi Pons to name a few.

His modelling career has also fed into a successful acting career in Spain and France for the multilingual stud.

Betancourt appeared in a couple of episodes of steamy Spanish TV series Toy Boy before landing a part in the Netflix movie the Laws of Thermodynamics.

He has also been a contestant on the popular reality TV competition show El Desafío as well as making appearances on the Spanish edition of MasterChef Celebrity.

Betancourt sports a personal net worth of close to $1.5 million dollars thanks to his lucrative modelling career.

He is currently an ambassador for French Brandymakers Viceroy among other associations.

In 2022 his contributions to fashion and culture were honoured at the Summum Awards in Spain.

The couple are not shy about celebrating their love online, sharing plenty of joints snaps with their large followings.

Betancourt is an active supporter when he can get to Badosa’s matches and even got into some trash-talking during the recent World Tennis League exhibition.

The model and actor sometimes fancies himself the comedian, but it seems Badosa and her friends on the tours are all to happy to indulge him.

We wouldn’t be surprised if this couple make a big announcement in 2023.