Will Andreescu remain at the top of the women’s game? 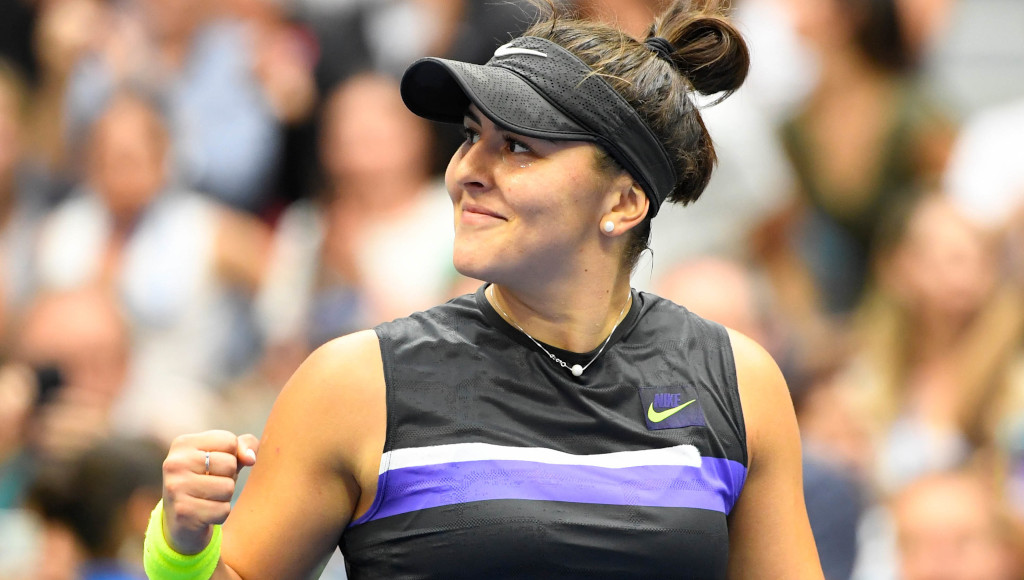 Bianca Andreescu etched herself in the history of Canadian tennis by becoming the first Grand Slam champion from her nation.

The 20-year-old claimed the 2019 US Open crown by defeating the legendary Serena Williams in straight-sets. Andreescu’s triumph was a landmark moment for Canadian sport, and she certainly has the talent to win further crowns in the future.

Andreescu was born in Ontario to Romanian parents, and her childhood involved a move back to Romania before she and her family settled permanently in Canada.

After developing her skills, Andreescu quickly began to make a name for herself by winning the Outstanding Junior Female award in back-to-back years in 2015 and 2016 in Canada before earning the Female Player of the Year award the following year. The right-hander qualified for Wimbledon, only to be knocked out in the first round, while 2018 was a barren year as she failed to qualify for any of the Grand Slams.

Andreescu proved her talent with a series of solid performances in the early stages of 2019. She was steady in reaching the second round of the Australian and French Opens. The breakout came in front of a home crowd at the Canadian Open.

The Canadian overcame fifth seed Kiki Bertens and third seed Karolina Pliskova before beating future Australian Open champion Sofia Kenin in the semi-finals. Williams was the headline act in the Rogers Cup final, but the American was forced to withdraw due to the back spasms handing the crown to Andreescu. However, she would have her day again against a month later – this time conquering great Williams in a straight-sets victory to claim her maiden Grand Slam crown.

Success for Canadian tennis players has been fleeting at the top end of the sport, which is why the triumph of Andreescu on home soil and more importantly the US Open was seismic for tennis in the Great White North. In the Open Era the Rogers Cup has been dominated by foreign players, but seeing a Canadian lift the title and then a Grand Slam will have a major impact in generating interest in the sport. It has been 21 years since a player won back-to-back Canadian Opens when Martina Hingis triumphed in 1999 and 2000, but Andreescu might be able to end the drought.

Canada have had promising talents in the past. Indeed Eugenie Bouchard was seemingly a talent on the rise in the women’s game. In 2014, Bouchard reached the final of Wimbledon, playing outstanding tennis at the All England Club. She was beaten by Petra Kvitova in straight sets, but there was optimism that Bouchard would learn from the experience and be a constant presence at the top of the women’s game.

However, it has not been the case and the 26-year-old has failed to progress beyond the fourth round of a Grand Slam since. Andreescu has already gone one better than her compatriot, but Bouchard’s story is a cautionary one for the 20-year-old in her bid for further Grand Slam titles. Andreescu’s injury problems are a concern, but time is on her side in her fledgling career.

Milos Raonic’s example in the men’s game could be a formula for success for Andreescu. He reached the Wimbledon final in 2016, only to be beaten by Andy Murray. Raonic was not deterred by his failure and has been consistent, but has not been able to make the breakthrough on the major stage due to the quality of Novak Djokovic, Rafael Nadal and Roger Federer, who have the monopoly on all the men’s Grand Slams.

In the midst of a decline in form at the top of the women’s game from Williams, there are and will be more opportunities for Andreescu than Raonic. However, the 20-year-old has to be clinical to take them.