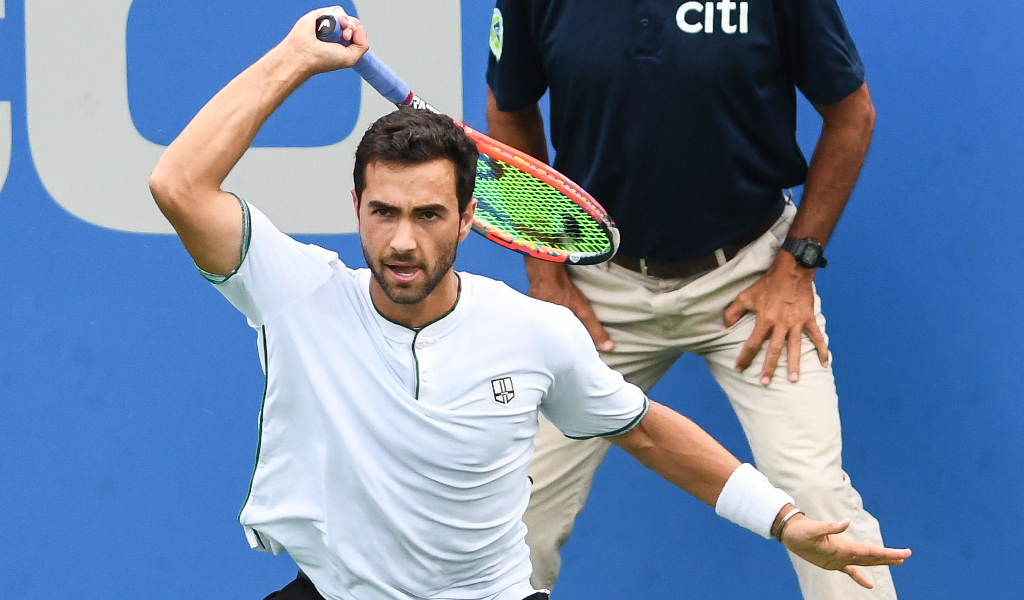 Pickleball is apparently one of the fastest growing sports around the globe and former Wimbledon junior champion Noah Rubin has decided to take up the sport.

Like padel, pickleball is a mix between tennis and badminton and it is played on a smaller court with a net and a perforated plastic ball is used.

The sport was invented in 1965, but there has been a big surge in its popularity – especially in the United States – in recent years with the likes of Bill Gates and Richard Branson, actor Leonardo Dicaprio, and talk show hosts Stephen Colbert Ellen Degeneres all fans.

Heck, even tennis greats Serena Williams and Novak Djokovic have had a taste of the action.

“I love pickleball. Isn’t it fun? And I love that it’s everywhere now. It could be a second career of mine,” Williams said on the Ellen Degeneres Show earlier this year.

Rubin, who won the Wimbledon boys’ crown in 2014 and reached a career-high No 125 in the ATP Rankings, has decided to swap one racket for another.

“It had been an uphill battle where the challenges seemed insurmountable,” the American said in a social media post. “Even after it shouted in my face I didn’t get it. But it was the truth and I was finally ready to accept it.

“I’m short – yes it’s hard to say it out loud but it’s the truth – and the tennis court is way too big, there’s way too much ground to cover.”

He continued: “This is where I belong. This is home now. And in this sport, size doesn’t matter.”

According to a Sports and Fitness Industry Association report, there are 4.8 million participants in the United States with the sport growing almost 40% in the past two years.

Ruben, who announced recently that he is to take an indefinite break from tennis, added on ESPN: “I’m not a tennis traditionalist, but there’s a love for the sport and when you see something like pickleball coming in and so quickly taking over, the knee-jerk reaction is like, ‘Get the f*** out of here,’.

“No chance is this [sport] going to be anything, no chance is this worth a look. But then I put my ego aside, and I was like, ‘Wow, I get it now. This all makes sense.'”

Watch out tennis. Pickleball is coming for you…… https://t.co/r7sj1DC8iv

“Watch out tennis. Pickleball is coming for you…” she wrote on Twitter.

Like pickleball, padel has also seen a big increase in interest in recent years, but mostly in Europe and other parts of the world with three-time Grand Slam winner Andy Murray and footballers Lionel Messi, Virgil van Dijk and Zlatan Ibrahimovic all taking up interest.