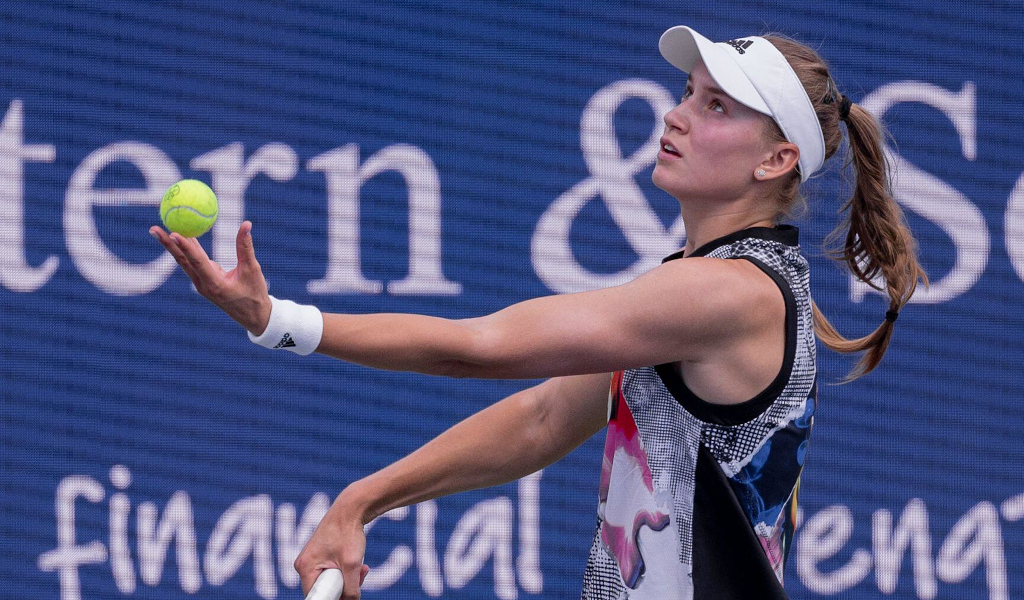 Elena Rybakina returned to winning ways at the Western & Southern Open as she defeated Mayar Sherif to earn a second-round clash against Garbine Muguruza, but Daria Kasatkina and Leylah Fernandez were among the early casualties.

Wimbledon champion Rybakina’s has struggled since lifting the title at SW19 in July as she lost her opening match at the Silicon Valley Classic before going down in the second round at the Canadian Open last week.

And she must have been worried after going down a break against Sherif midway through the opening set, but she rallied to pull off a 6-3, 6-2 victory in one hour and 10 minutes in Ohio.

First winner of the day 💪

Sherif eked out a 3-2 advantage courtesy a break in game five, but it was the last game the Egyptian won in the set as Rybakina broke back immediately and ended up winning the final four games of the set.

The second set was straightforward for the Kazakh star as she raced into a 4-1 lead with two early breaks before serving it out to love.

“I was slow at the beginning but I got my rhythm and served well,” Rybakina said. “But my serve always helps me.”

She added: “Wimbledon gave me confidence but now I’m focusing on my other tournaments and trying not to think of the past. I’m looking forward to playing as much as I can here.”

Up next is eighth seed and two-time Grand Slam winner Muguruza, who had a bye into the second round.

Ninth seed Kasatkina lost early for the second consecutive tournament as she went down against American Amanda Anisimova.

After winning the Silicon Valley Classic title a fortnight ago, Kasatkina lost her opener in Toronto last week and followed it up with 6-4, 6-4 defeat at the hands of Anisimova.

Meanwhile, 2021 US Open runner-up Fernandez also made an early exit as the 13th seeded Canadian was beaten 6-4, 7-5 by Ekaterina Alexandrova.

It is only Fernandez’s second tournament back after she suffered a grade three stress fracture in her foot at the French Open. Alexandrova will face either Naomi Osaka or Zhang Shuai in the second round.

Kvitova will face either Belinda Bencic or Sorana Cîrstea next while Azarenka will take on the winner of the Emma Raducanu-Serena Williams encounter.