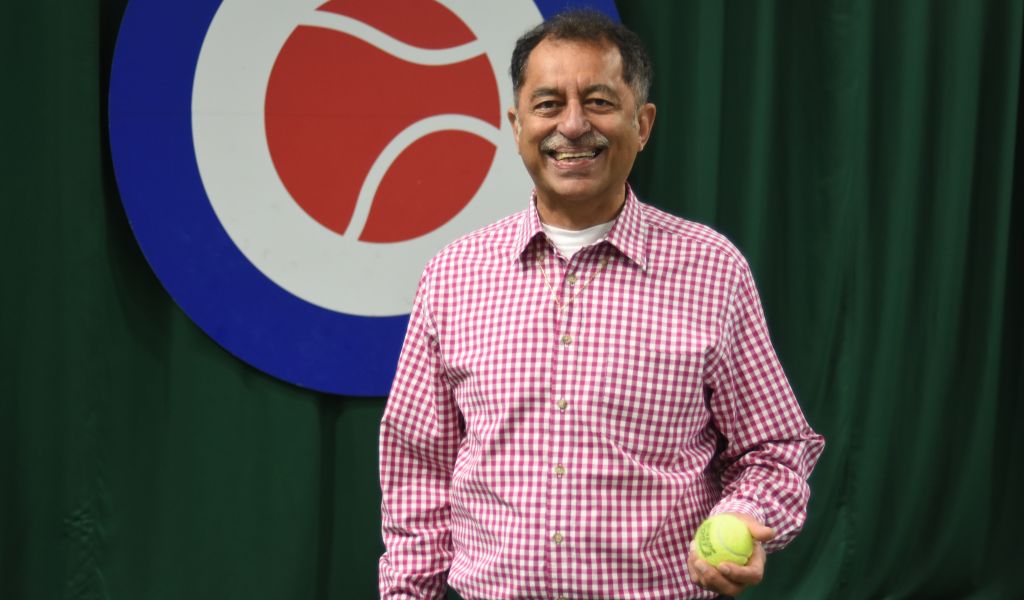 Former Wimbledon umpire Sultan Gangji believes we are witnessing the final days of line umpires in tennis, as he predicts Hawk-Eye Live will soon replace the human element of line calling.

This week’s ATP Finals in Turin are using line umpires to make crucial calls, with Hawk-Eye on hand for any challenges from the players.

Yet in an exclusive interview with Tennis365, former chair umpire Gangji, who took charge of men’s and ladies finals at Wimbledon in an illustrious tennis career, has suggested the use of technology will end the need for line judges sooner rather than later.

“Sadly linesmen are on their way out,” he told us, speaking to Tennis365 in his role as referee for the UK Pro League. “The WTA and the ATP are now using the Hawk-Eye line, so it will be a natural progression to have that in all events soon.

“The Australian Open is not having lines people and Covid has been a good excuse for tournaments to look at changing things.

“It is all about moving the game forward. At the US Open, Hawk-Eye has improved so they’re changing the sound of the lineman’s voice. It’s innovation, it’s modern technology, I think you have to accept that it’s going to happen.”

The removal of the human element on line calls may be welcomed by the majority of players, but Gangji suggests it could cause a problem for the sport in years to come when they look to replace chair umpires.

There has been a natural progression from line calling to moving into the senior position of being a chair umpire and with many of the game’s established officials reaching the back end of their careers, replacing them may be an issue if there is no natural route to becoming an umpire.

“It has a knock-on effect and they won’t realise it until 10 years’ time when there’s no chair umpires coming through,” he added.

“Chair umpires are all in their late 40s, early 50s, okay there are a few guys around but worldwide that is a big disaster because other countries only have one or two tournaments and if they’ve got Hawk-Eye Live, there’s no job.

“Part of the enjoyment for me or anyone in the past or even in the current is knowing that you can be at the show court matches, that’s the dream, like being on Wimbledon Centre Court but if you can’t be there, what is the incentive for linesmen? It is taken away.”

Gangji spoke to us as he oversaw Finals Week of the UK Pro League event in Shrewsbury, as he suggested the event that provides a stage for players outside the top 100 in the rankings to compete and earn prize money is crucial to the game in Britain.

“The UK Pro League has been terrific for the players, they’ve all been appreciative,” he added. “Initially we had players calling their own lines which was a novelty for them, it also made it easier for players to respect each other.

“There’s been a better rapport amongst players because they’ve been giving generous scores rather than being called as cheats. We’ve had some terrific players and good match practice for them and they earn the money.

“Emma Raducanu won the Pro League last year and it provided here with a great platform to kick on in her career, so it has been great for the sport in the UK during these difficult times.”