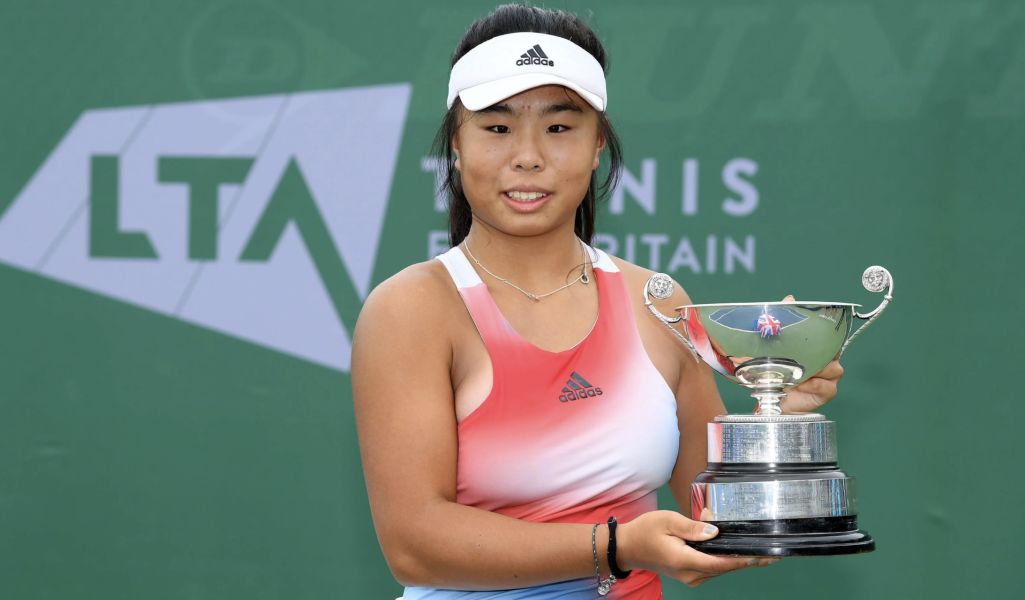 And after Xu’s success in being crowed as LTA Under-18 Junior National Championships at the National Tennis Centre in Roehampton on Friday, the Bridgend-born big-hitter has been handed a wildcard into the qualifying competition for Wimbledon.

That could mean she is lining up against world No 1 Iga Swiatek and US Open champion Emma Raducnau on Wimbledon’s Centre Court in June, with Xu confirming that dream now feels close to reality.

“Playing in the Grand Slam events is what we all dream about and I can’t wait to play the Wimbledon qualifying now,” stated Xu, who beat her fellow Loughborough Academy player Talia Neilson-Gatenby, 16, in the Final of the event staged at the home of the LTA.

“I have been playing well and I’m so happy to come through. The first set was a good level from me and then Talia raised her game. I am back for the under-16s next week and hopefully I can play well again.”

Katie O’Brien, a former British No.1 and now LTA Women’s National Coach, watched the final at the NTC and offered praise for both players.

“The standard was excellent and that is the most pleasing aspect of the week,” O’Brien told the LTA website. “It has all be played in a good spirit. They were seeded three or four in this event, but they have come through so well.

“The quality in this group coming through is great this year and they all get along so well. There is great camaraderie among them, so hopefully they will all push each other on.

“Staging the Junior National Championships at the National Tennis Centre this year has been a great success and it highlights that we are all one big family in British tennis at all levels of the game.”

Xu and Neilson-Gatenby are in the LTA’s National Academy at Loughborough, as part of the programme delivered by Nick Cavaday and his team.

The winner of the Boys Singles also hails from the same set-up. at Loughborough, with Luca Pow from Solihull winning the Junior Boys title after beating defending champion and No.1 seed Will Jansen from London 7-5, 6-4 in a high-quality Final.

The academies are led by a team of world-class coaches together with specialist sports scientists, medics, personal development and welfare practitioners.