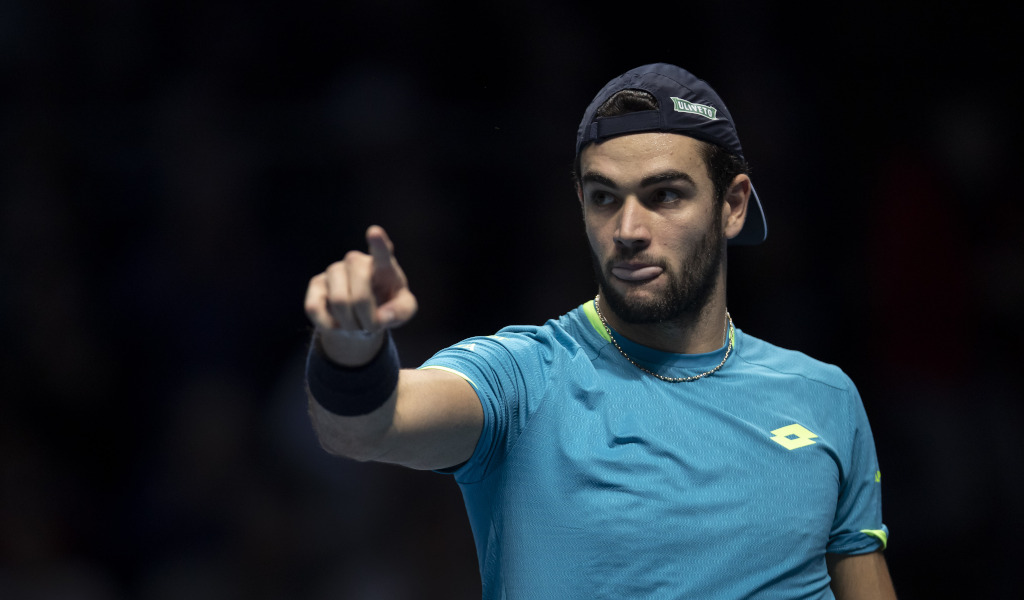 World No 8 Matteo Berrettini has confirmed that he is ready to play both the US Open and the French Open, if concerns over quarantine issues are resolved in the coming weeks.

Speaking after his stunning win over world No 6 Stefanos Tsitsipas in the inaugural Ultimate Tennis Showdown event staged at Patrick Mouratoglou’s tennis academy in Nice on Sunday, the Italian confirmed he is ready to travel to New York for what would be the second major championship of the disputed 2020 tennis season before making a quick transition back to Europe to play on clay courts at the French Open in mid-September.

While many players have questioned whether the schedule that has been put in place for tennis to return is realistic in the current climate of global travel, Berrettini hopes a route can be found for the sport to get back on track amid the ongoing COVID-19 pandemic.

“There are a lot of questions that need to be answered,” stated Berrettini. “People organising the US Open and these other tournaments have to answer whether we have quarantine issues if we travel to the US, so, first of all, I will think about my health and then decide what I will do.

With Roger Federer already out for the rest of the year with a knee problem and Rafael Nadal yet to confirm whether he will defend his US Open title, Berrettini hopes the uncertainty at the top of the game will open a door for a fresh face to get in the mix to win their first Grand Slam title.

“In the past, when one of these three guys got injured, they came back stronger and playing better, which is crazy for me. It was a great effort to come back like that,” he stated.

“For sure, I think these guys (Novak Djokovic and Nadal) will be ready, but the youth guys are getting better too.

“I played last week against Andrey Rublev and he is playing really well. The young guys are working really hard and hopefully there could be a bit of a change when tennis comes back.”

Berrettini played on clay courts at an exhibition event in Kitzbuhel on Saturday before travelling to Nice to win the exciting Ultimate Tennis Showdown competition in Nice the following day and he was on a real high after his win against Tsitsipas.

“It was big adrenalin to win at the end and the level of the match was great,” he added. “It was tough to play against Stefanos, but I managed to come through and it felt great.

“I need to play matches and that is why I am taking every chance to play where I can before what we hope is the start of the ATP Tour once again. The first goal is to play again, to travel gain and feel like the ATP Tour is on again.”