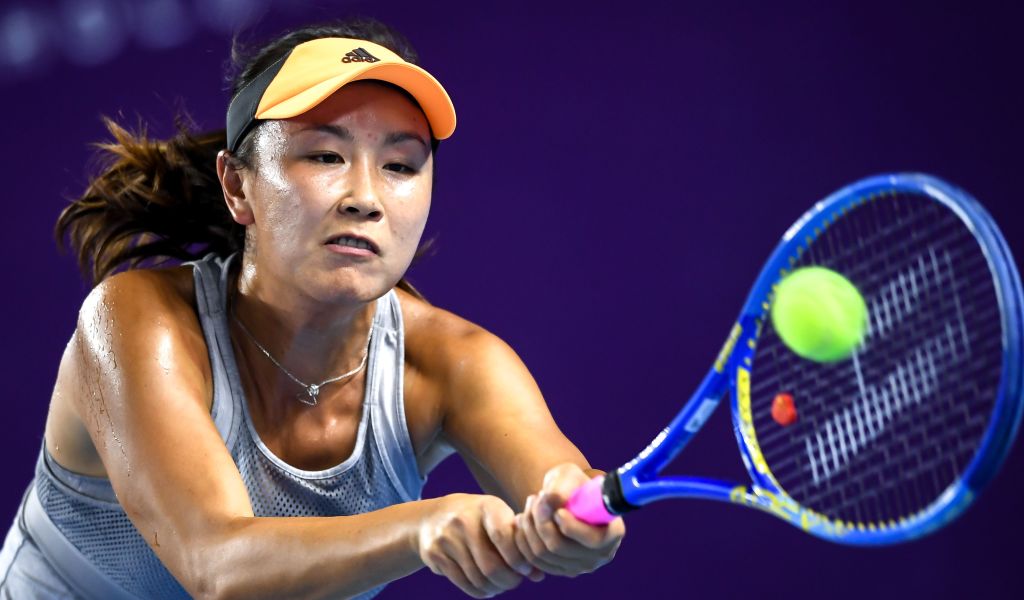 The Women’s Tennis Association had threatened to withdraw all of its business with China over ongoing concerns over the safety of Peng Shuai and now they followed through with that plan.

There was widespread concern after Peng disappeared from public view in the wake of accusing a top Chinese official of sexual assault.

The WTA has repeatedly called for a full investigation into Peng’s claims, with the 35-year-old not seen in public for weeks after accusing former vice-premier Zhang Gaoli of sexual assault.

Simon has now revealed fears for the safety of players and staff on suspending events in China – in a move that could have repercussions for the 2022 Beijing Winter Olympics and Paralympics.

“While we now know where Peng is, I have serious doubts that she is free, safe and not subject to censorship, coercion and intimidation,” said Simon.

“The WTA has been clear on what is needed here, and we repeat our call for a full and transparent investigation – without censorship – into Peng Shuai’s sexual assault accusation.

“None of this is acceptable nor can it become acceptable. If powerful people can suppress the voices of women and sweep allegations of sexual assault under the rug, then the basis on which the WTA was founded – equality for women – would suffer an immense setback. I will not and cannot let that happen to the WTA and its players.

“As a result, and with the full support of the WTA board of directors, I am announcing the immediate suspension of all WTA tournaments in China, including Hong Kong.”

Simon insisted the WTA will not relax its stance until Chinese officials comply with a number of demands, not least concerning Peng’s safety and whereabouts.

“In good conscience, I don’t see how I can ask our athletes to compete there when Peng Shuai is not allowed to communicate freely and has seemingly been pressured to contradict her allegation of sexual assault,” said Simon.

“Given the current state of affairs, I am also greatly concerned about the risks that all of our players and staff could face if we were to hold events in China in 2022.

“I very much regret it has come to this point. The tennis communities in China and Hong Kong are full of great people with whom we have worked for many years.

“However, unless China takes the steps we have asked for, we cannot put our players and staff at risk by holding events in China. China’s leaders have left the WTA with no choice.

“I remain hopeful that our pleas will be heard and the Chinese authorities will take steps to legitimately address this issue.”