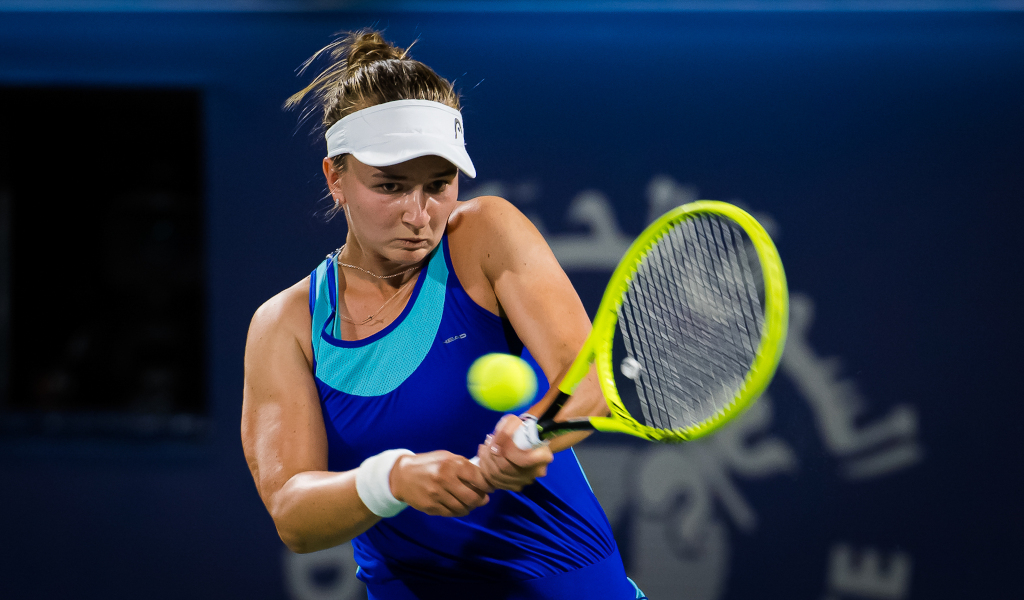 Former World No 2 Barbora Krejcikova has stormed back into the top 20 of the WTA Rankings after a win in her home event at Ostrava.

Krejcikova toppled the World No 1 Iga Swiatek to go back-to-back having won the Talinn Open the week before when she upset World No 3 Anett Kontaveit at the Estonian’s home event.

The switch to the indoor circuit appears to suit Krejcikova down to the ground and she rises nine places to be the new World No 14 after the latest rankings update.

As for the top ten, there has been no change with Swiatek still topping the WTA Rankings by some distance, followed by No 2 Ons Jabeur, Kontaveit and World No 4 Paula Badosa.

The 2021 French Open winner feels that she is back as a force on the tour and hopes to continue her climb.

“It was difficult because I think the beginning of the season was great,” Krejcikova told WTA Insider.

“Then the injury and being out for so long, more than three or four months, it was difficult to come back. It was the middle of the season and I was trying to find my form.

Jasmin Open winner Elise Mertens is another big gainer, jumping six places to No 36 on the latest WTA Rankings.

The 26-year-old Belgian won the first title of her 2022 season in Monastir, Tunisia.

Mertens also takes confidence from a turnaround in form after a tough start to 2022.

“It means a lot,” Mertens said after her win. “I had a pretty tough year. When they said I was in my first semifinal this year, I was like, ‘OK, it’s October, it’s never too late to start the year, or end the year with a good one.’ So I’m very happy about it.

“It gives you confidence, and it gives you a little boost for all the work that you do. Never stop believing, I guess, and I have my seventh title.”

Jasmin Open runner-up Alize Cornet also jumps up the WTA Rankings with a five-place leap up to 32nd.

The WTA Tour rolls into Transylvania and California this week with tournaments in Cluj-Napoca and San Diego.

The WTA 500 San Diego Open has attracted a star-studded field with seven of the top ten players in the world turning up.