2021 WTA top 10 prize-money earners: Emma Raducanu makes the list, but who else features?

Emma Raducanu was the name on everyone’s lips in the 2021 season after she burst onto the scene and won the US Open, which means it shouldn’t come as a shock to see her featured in the WTA top 10 prize-money earners.

World No 1 Ashleigh Barty didn’t even make it into the top 10 last year, but it couldn’t be more different this year.

Sakkari, the first Greek woman to qualify for the WTA Finals, secured a career-high singles ranking of No 6 on November 1, making her the highest-ever ranked Greek female player.

Interestingly, the 26-year-old didn’t win a singles title this year as she finished runner-up in her only final in Ostrava. Besides the WTA Finals semi-finals, her biggest pay days came at French Open and US Open as she also reached the last four.

The Belgian managed to clinch top spot in the doubles world rankings this season for the first time, but her success started at the very beginning of the year – she won her second Grand Slam title at the Australian Open alongside Aryna Sabalenka in the women’s doubles.

Mertens, who was the biggest doubles earner in 2021, also won the Wimbledon women’s title with Hsieh Su-wei.

In the singles, she won the Gippsland Trophy and finished runner-up at the Istanbul Cup while she was also a semi-finalist at the Dubai Tennis Championships.

Osaka appeared to be on her way to a dominant season as she began her campaign by winning her second Australian Open, picking up nearly $2m in the process.

The 24-year-old then hit the headlines when she refused to carry out her media duties at the French Open which caused her to be fined $15,000 and she withdrew from the tournament the day after her first match due to mental health reasons.

She also missed out on Wimbledon this season and was unable to defend her US Open title to finish a lowly eighth in the prize-money list, well below her third place from 2020.

The 24-year-old won her biggest title to date this season – the Indian Wells Open where she picked up a $1.2m cheque – and she managed to make it to the semi finals of the WTA Finals.

The Spaniard also won the WTA 250 Belgrade Open in May while she also reached the semi-final of the Madrid Open.

Perhaps the stand out star this season makes it onto the list in her debut campaign.

Raducanu has been making big waves since arriving on the scene this year, she won the US Open without dropping a set, she was invited to the Met Gala shortly after but before all that she set the tongues wagging for her performances at Wimbledon where she reached the fourth round.

The former world No 1 has enjoyed a resurgence in 2021 as she jumped back up to No 3 in the WTA Rankings. He biggest pay day came when she won the WTA Finals, which earned her $1,240,000 for winning the final.

The Czech didn’t win any singles titles in 2021, but she finished runner-up in a couple of big tournaments with Wimbledon being the biggest as she collected $1,2m for her efforts.

Pliskova also reached the finals of the Italian Open and Canadian Open. 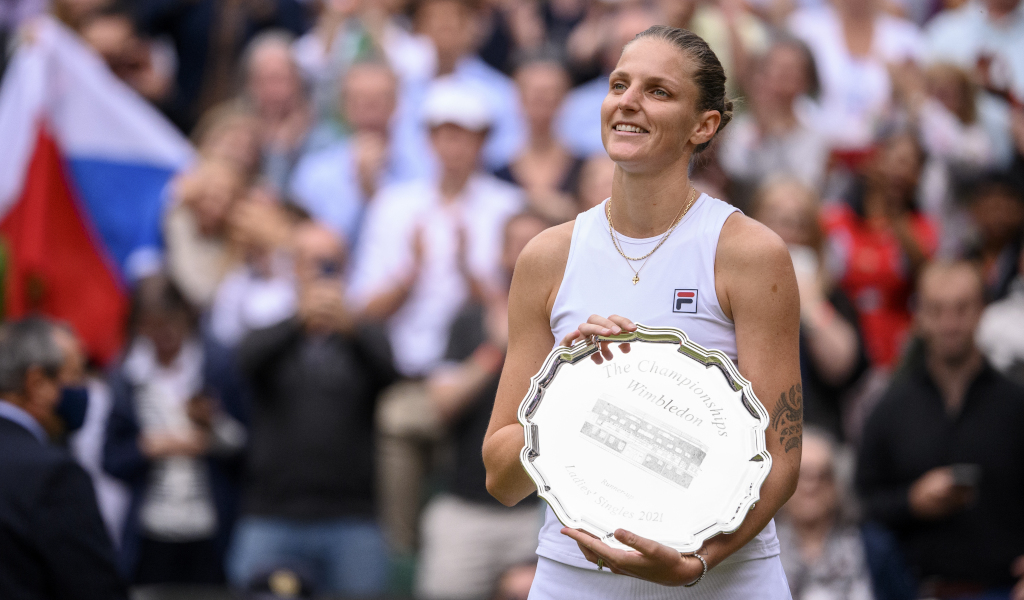 The reigning world No 2 won titles in Abu Dhabi and Madrid while she also finished runner-up in Stuttgart.

Sabalenka also reached the semi-finals at two Grand Slams as she exited at the last-four stages at Wimbledon and the US Open while in the women’s doubles she won the Australian Open alongside Elise Mertens.

It has been a year to remember for Krejcikova as she won her first singles title in Strasbourg at the beginning of the year, but that was only the start.

The Czech doubled up at the French Open as she won her maiden Grand Slam singles trophy and the women’s doubles title alongside compatriot Katerina Siniakova.

The Czech duo also finished runner-up at the Australian Open while Krejcikova won the mixed doubles at Melbourne Park alongside Rajeev Ram from the United States.

Barty failed to make the top 10 last year after missing the bulk of the season, but she sits pretty at the top in the WTA top10 prize-money earners in 2021.

She finished as world No 1 for the third consecutive year and she fully justified her status as she won the most tournaments (five) and topped the money list.

The Australian collected $2,2m when she won her maiden Wimbledon crown in July while she also won two WTA 1000 events in Miami and Cincinnati and added two WTA 500 events for good measure.