They have dominated the tennis landscape in record-breaking fashion for the best part of two decades, yet Alexander Zverev believes one man stands at the head of the pack when it comes to nominating the greatest player of all-time.

Novak Djokovic, Roger Federer and Rafael Nadal head into 2022 with 20 Grand Slam titles each to their name, with fans of each player making arguments to define why their man is the best of the lot.

Yet Zverev is in a strong position to pick his winner and having played all three time and again in recent years, the current world No.3 believes Djokovic is the man destined to be remembered as the best of them all.

“The fact that three players have won 20 Grand Slams each is unbelievable and will never be equalled again,” he told Eurosport. “They have played against each other for the last 15 years.

“They didn’t win many Grand Slams because the other one won them. Numbers just don’t lie. As a tennis player, the number of weeks at number one is very important. Novak is simply way ahead there. If all three of them stopped playing tennis today, I would see Novak at number one as well. 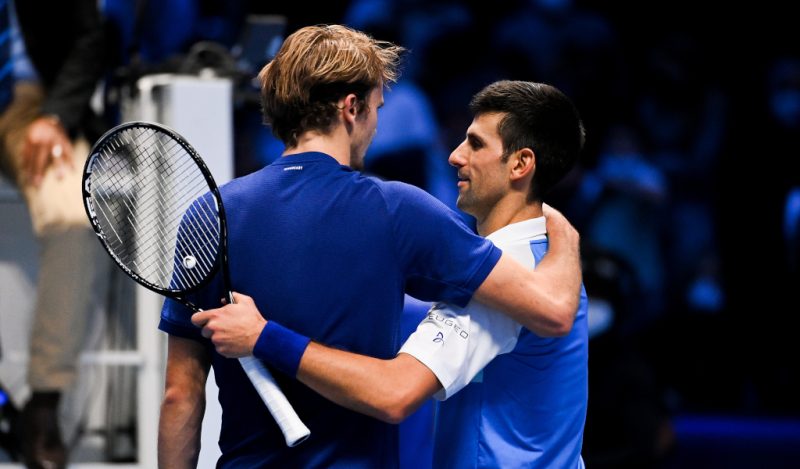 “Federer and Nadal have always been the crowd’s favourites and also the media’s favourites, which Novak never was. That’s just the way it is, but at some point you can’t ignore all the records any more. He has won as many Grand Slams as Federer and Nadal. He has more Masters titles.

“He has more weeks as number 1 in the world. He just has more of everything – he wins in every single category. You can’t ignore these numbers and records.

“They play together in the same era, so for me it’s just clear that you say: purely from a sporting point of view and in terms of successes, Novak is simply further ahead.”