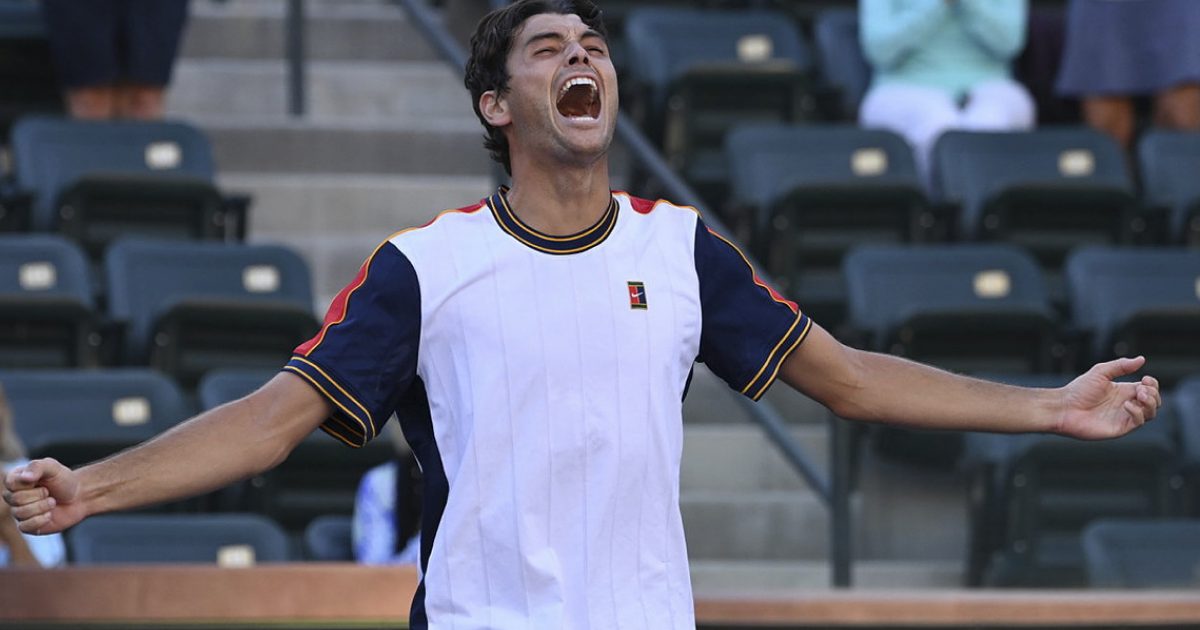 Taylor Fritz saved two match points as he stunned world number four Alexander Zverev to book his place in the semi-finals of the BNP Paribas Masters in Indian Wells.

The American world number 39 rallied from the brink of defeat when Zverev served for the match at 5-3 in the final set, before surging through a decisive tie-break to triumph 4-6 6-3 7-6 (3).

Zverev had looked set to consolidate his stellar hard-court campaign, which included Olympic gold and a title in Cincinnati, when he broke early to take the first set.

Fritz fought back to level the match but it was the Russian who seized an early advantage in the decider and looked set to complete a hard-fought win, setting up two separate match points at 5-3.

But Fritz was far from done, breaking back and forcing the tie-break in which he raced into a 6-1 lead, finally ending their two hours and 20 minute tussle on his third match point opportunity.

“I was really down and out but I found a way to put myself into it,” said Fritz.

“I really wanted to make him have to close me out and I was able to get back into the match.

“Normally you would be so nervous in those situations and in the third set tie-break, but I felt so confident being aggressive, going after my game. It feels really great to play well with the pressure on.”

In the last four Fritz will face Nikoloz Basilashvili, who scored another upset with a 6-4 2-6 6-4 win over world number three Stefanos Tsitsipas.

Basilashvili broke Tsitsipas in the opening game of the match and maintained his advantage to take the first set, but the momentum swung in the second, which the Greek won without facing a break point.

But after swapping a pair of breaks, the crucial moment of the decider saw Tsitsipas double-fault to hand his opponent another break at 4-3, and the world number 36 controlled his nerves to serve out and reach the last four.