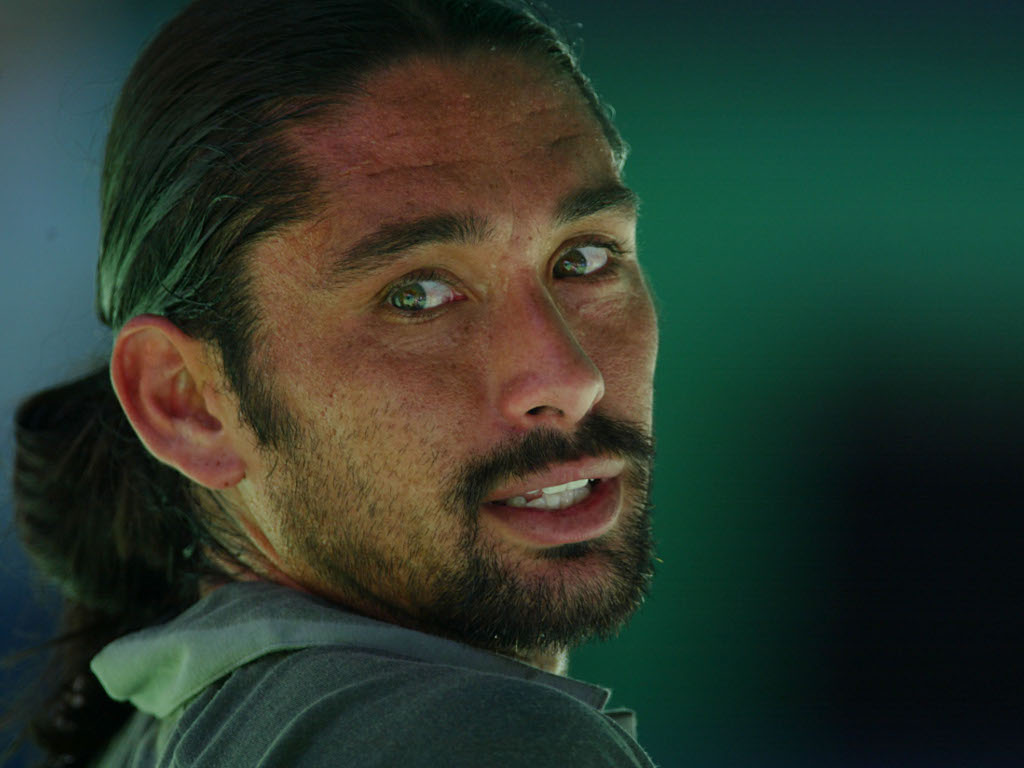 Marcelo Rios was certainly never a character to do things by halves. For everything that has been said about him, and that encompasses a lot, you could never accuse the Chilean of failing to make his mark.

He spent just 10 years on the professional Tour, but for all intents and purposes it was more like six, as injuries robbed him of what would have perhaps been his best years.

For six weeks in 1998, he was the world No 1. It’s possible that fate gave a gentle warning of what it had planned for Rios, as it was injury that saw him lose his ranking after being unable to defend his Monte Carlo Masters title rather than being bested by any direct opponent. By 2004 and had retired, aged just 28, and planning a farewell tour of his homeland.

So who was Marcelo Rios and just how good was he? 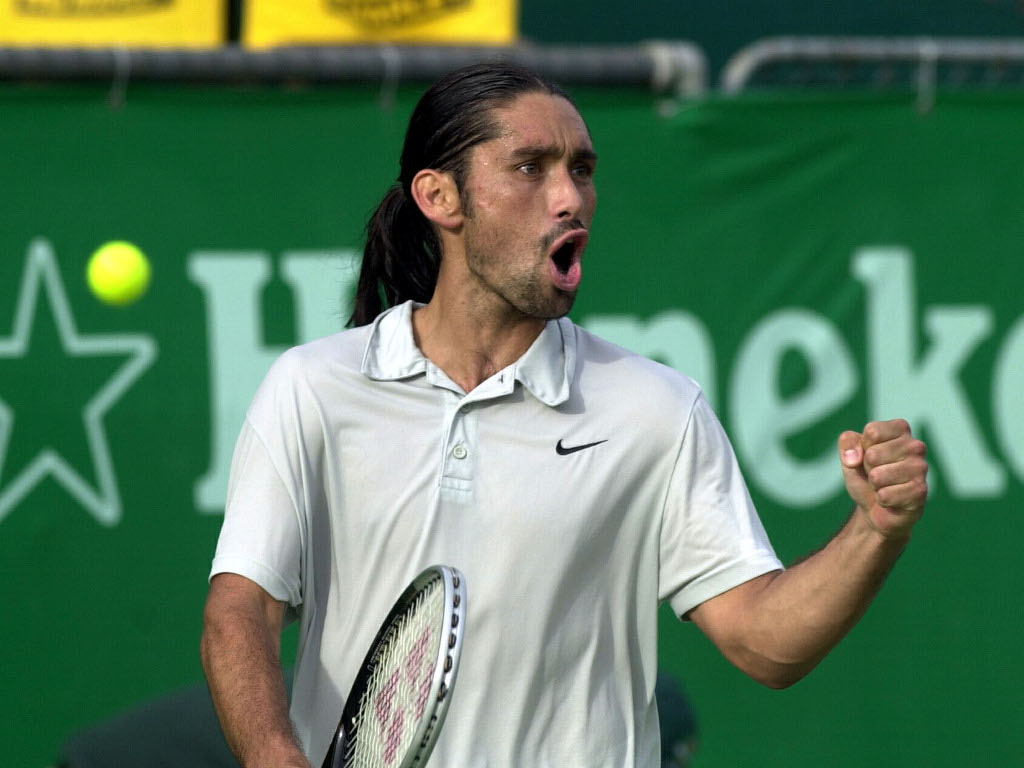 “Rios is one of the most talented players I’ve ever seen,” said Pat Cash. “I thought he had a control like a McEnroe. He was definitely a wasted talent but he still got to number one in the world. I loved watching him. He was brilliant.

“I was disappointed that he never actually fulfilled his potential.”

Cash’s view is a common one. Indeed, even an 18-year-old Roger Federer cited Rios as the player he most enjoyed watching.

“I think he was one of the best players, ever,” added former Australian Open winner Thomas Johansson.

“I remember one year when he was going to play Thomas Muster in Rome. I saw the press conference before the match, and they asked him, “so how are you going to be able to beat Muster”, because he only had lost one or two matches on clay so far.

“Rios said: ‘The guy should be happy if he gets like a couple of games.’ Rios went out there the next day and killed him, 1 and 2. And that’s for me unbelievable.

“I didn’t like to play him though. He could make you feel like it was the first time you were standing on a tennis court.

“You could get killed by him easily, 1 and 1 or something like that, and you could have played a good match.”

“I didn’t like to play him, but I really liked to watch him.”

There is, however, another common theme that runs through recollections of Rios, and it’s not an especially nice one.

“He’s the worst p**ck I ever met,” recalled Ilie Nastase, who was no stranger to controversy himself.

“The players of today probably have the same opinion of him. Ask all the players what they think of him, you’ll get the same thing.”

Rios famously inspired the wrath of a 16-year-old fan during an Indian Wells first round match against Hendrik Dreekmann. Every point won by Dreekmann was loudly celebrated by the girl, who, when asked why, replied: “I’m not rooting for Dreekmann. I’m rooting against Rios.”

The reason was sadly not unusual. It transpired that the girl had asked Rios for an autograph a year before and had been met with Rios’ no uncommon rudeness and refusal, that often involved ‘flipping the bird’ at fans.

“When somebody doesn’t sign autographs for the kids, that is a p**ck for me,” added Nastase.

What about his game, though, Ilie?

“I don’t give a sh*t. I don’t look at him. For me, he’s an idiot. I don’t know what else to tell about him. And that’s the first time I say something about somebody like that.

“I think he was the worst thing for tennis. He did not deserve to be number one. To live with the other players like he did… terrible.

“He really was the worst. I never say anything about anybody else like this but about him I have to say this. Sorry.”

You’d have to say that his rap sheet for tantrums and anti-social behaviour is certainly an extensive one. 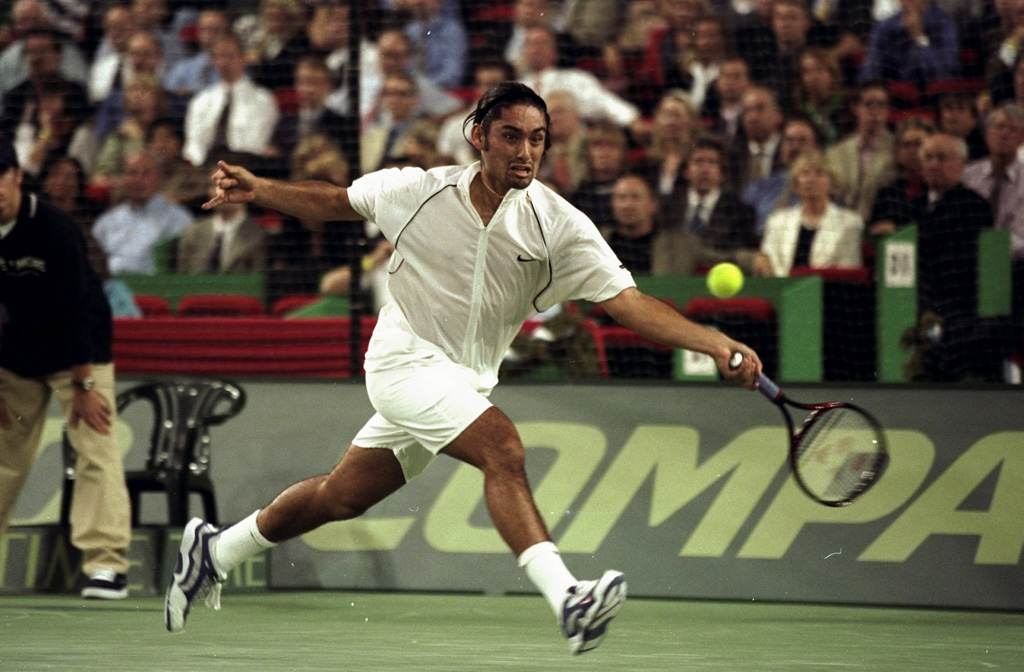 He once ran over his physical trainer Manuel Astorga in a jeep before firing him, while his second wife accused him of throwing her out of a car.

In Rome in 2001, he was arrested after punching a taxi driver and then started a fight with the arresting officer.

Twice in 2003, he was reported to have been thrown out of bars, first for urinating on some patrons and then for brawling with customers and waiters.

And all of that is before you get into his history of insulting and, on occasion, attempting to moon, journalists.

The Rios enigma is only deepened by further accounts, though, that completely contradict what became his reputation, perhaps highlighting that he was very much at the mercy of his own moods.

Carl Munnerlyn, former US Open locker room supervisor remembered: “Rios was very giving. When I knew him, when he was a player, he always, after each practice, he would come in and go up to one of the attendants and always offer a pair of his shoes that he just practiced in.

“He’d always come up to us and give us his shoes. Every time, every day he was here. It was unbelievable how such a giving person he was.

For all he did do during his career, though, there was one thing he never did: win a Grand Slam. The closest he ever got was the final of the Australian Open in 1998, where he lost in straight sets to Petr Korda whilst only managing to win six games in total himself.

Many have cited him as the most talented player never to win a Grand Slam, but many also believe it was something else that was holding him back. Perhaps he was too talented to believe he needed anything else, and injury denied him the chance learn his lessons.

“I’m not even sure if he goes out there with a strategy,” observed John McEnroe.

“He just goes out there and just swings away, angles the ball, it looks like he just sort of free-wheels it out there and relies on his talent.

“[Andre] Agassi used to do that. Agassi would just bomb the ball and just says, I’m just gonna be a shotmaker and I’m gonna rely on that.

“But why Agassi has won seven Slams now and Rios has won zero is because Agassi has learned to play his opponents, to play within himself, to come out there focused, to be physically fit, to have a strategy, have a game-plan.

“The players are just too good these days to think you can go out there and just free-wheel it.”

But free-wheel it, Rios did, and in doing so he never really compromised. Did his career suffer for it? Almost certainly, but his legacy thrives because of it.