Michael Stich recently joined an elite group of individuals to be inducted into the International Tennis Hall of Fame. Alexander Pullin pays tribute to the German legend by looking back at his moment of glory at Wimbledon in 1991.

While he only won one Grand Slam, it would be hard to put him our One-Slam Wonder category as he did appear in two other finals and reached several semi-finals and quarter-finals. Let’s not forget that he reached a career-high ranking of No 2. 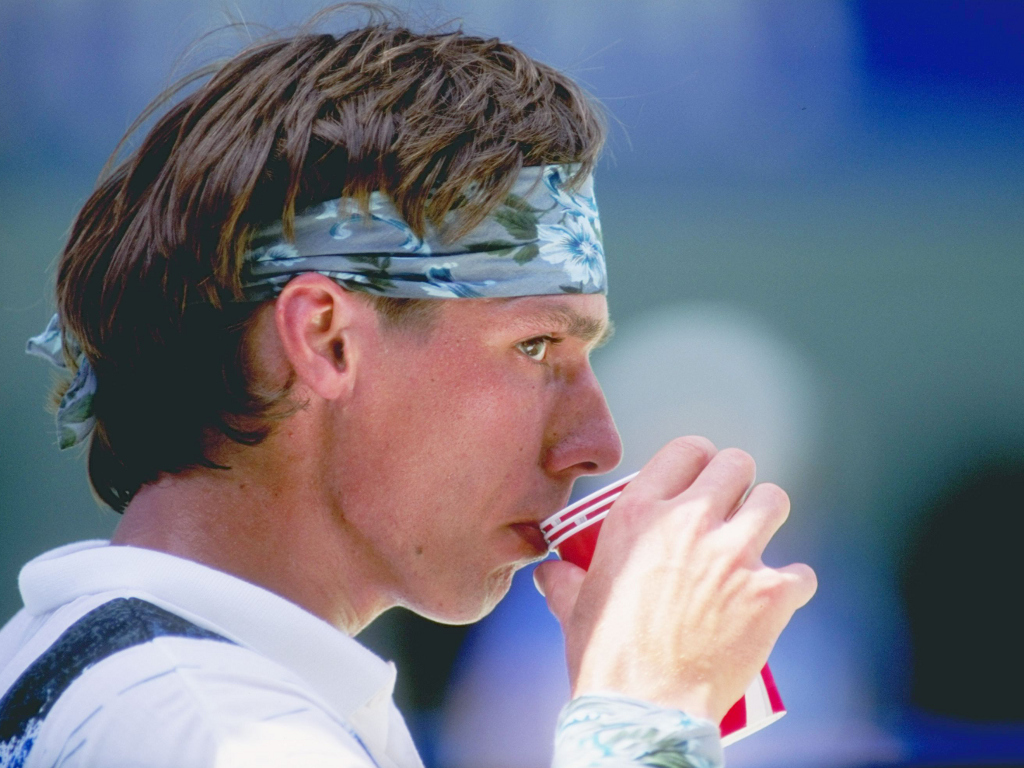 However, that doesn’t mean we cannot pay tribute to Stich. If you’re only going to win one major, you may as well make it the home of tennis, the one every tennis player most dreams of winning.

And that’s just what Stich did on 7 July 1991 as he beat three-time Wimbledon winner and fellow German Boris Becker in straight sets.

That might sound straightforward, but his route to the championship was anything but. Stich may have cruised past Daniel Goldie, but he was taken to four sets against unknown Italians Diego Nargiso and Omar Camporese in the next two rounds.

And then things got trickier. He was involved in a five-set epic with Ukrainian Alexander Volkov, where Stich was two sets to one up, but was thrashed 6-1 in the fourth set and was trailing 5-3 in the final stretch. Fate seemingly intervened when a hugely fortunate net cord prevented Volkov having two match points on serve. A rejuvenated Stich then recovered to win the next four games and head into the quarter-finals. 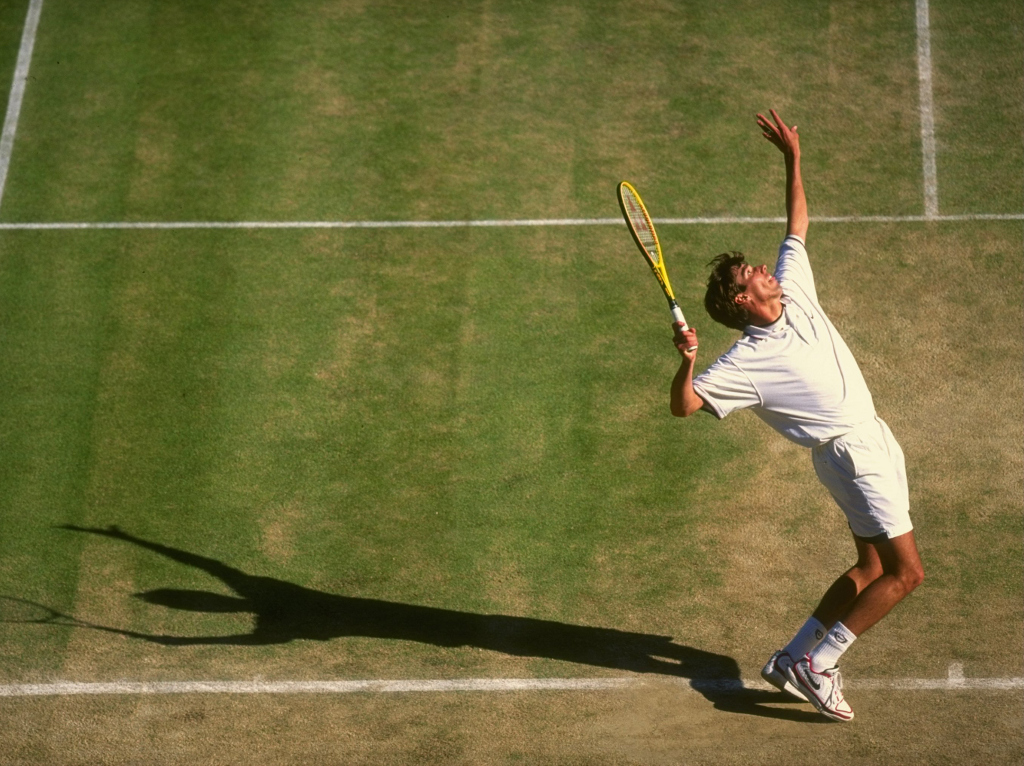 There he met the in-form fourth seed Jim Courier. The American had just won his first slam at the French Open, where he had knocked out Stich in the semi-finals. The amiable Courier was no match though for the impressive Stich, who got his revenge by winning in straight sets.

Things got even harder in the semis when he met the two-time defending champion and number one seed Stefan Edberg. The serve and volley expert hadn’t dropped a set all tournament and was the heavy favourite. In a tight but curious battle, the six foot four German won in four sets, including three straight tie break wins. Though Stich never came close to breaking the Swede’s serve, he kept his nerve when it mattered, especially on his own serve.

The build up to the final was predictably centred on the fact that both finalists were German, especially after Steffi Graf had won the Ladies Singles the day before. Stich 22, was in his first Grand Slam Final against the number two seed but world No 1, who was in his eighth major final, and his sixth at Wimbledon.

As he hit a forehand winner against Becker’s serve to win on his first championship point, Stich dropped to his knees and covered his eyes before holding his arms aloft and embracing Becker at the net. In only his fifth professional final (and having only won one), the 33-1 Stich had done the unthinkable.

“I just played great tennis and stayed cool all over the match. It looked like Boris was much more nervous than me” he said.

Perhaps surprisingly, Stich never won another Grand Slam, though he would reach the finals of the US Open and French Open, as well as reaching the semi-finals of the Australian Open.

There were other achievements though, including a Gold medal a year later at the Barcelona Olympics when he doubled up with Becker to win the Men’s Doubles. He also won Germany’s third, and most recent, Davis Cup in 1993 alongside (yep, you’ve guessed it) Becker.

Before he finished his short career in 1997 which included being ranked second in the world, Stich also memorably won the end of season Tour Finals in 1993. Undefeated throughout the tournament, he beat Pete Sampras in a straight sets final in front of an ecstatic Hannover crowd.