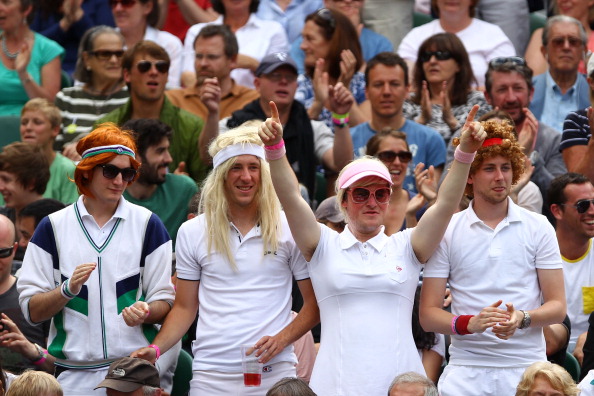 Planet Sport‘s brand mission statement is ‘quality sports publishing with fans at the heart‘, and we want new Tennis365 readers to be as involved with this site as our journalists.

Our sister site Football365.com publishes two Mailboxes a day, pulling together their readers’ thoughts and opinions into a piece that is part of the furniture and has been for years.

TEAMtalk, Football365, Planet F1 and Planet Rugby also have forums – and we’ve created a forum for Tennis365 as we want to hear your thoughts on players, tournaments, rankings, experiences – anything goes.

You can use the forum to tell your tennis tale, or email it to Tennis365 Editor Shahida Jacobs (shahida.jacobs@planetsport.com), as we know there are some amazing stories to tell.

If you’re visiting us for the first time, then have a good look around as there is plenty to keep you entertained: quizzes, Grand Slam host city guides and a selection of Top 10 features.

We’re proud of the site and I personally have been in love with tennis ever since watching Pat Cash climb into the players’ box after toppling Ivan Lendl in the 1987 Wimbledon men’s final.

I had the pleasure of attending Wimbledon as a sports journalist in 2000, covering the second week of the tournament on Centre Court for Press Association Sport and Teletext Sport.

I saw Pete Sampras beat Pat Rafter in the men’s final to win his fourth consecutive Wimbledon title – and also saw Des Lynam in the press cafeteria, which I’m ashamed to admit had the same jaw-dropping effect on me (to be fair I was only 25 at the time).

I shared a rented house in Southfields with five other fellow PA Sport journalists – and the Williams sisters were staying in a house over the road from us.

Tennis brings the UK together for two weeks every year when the world’s elite descend on SW19, the historic home of tennis.

We want to bring a global audience together in a similar way by remembering all the famous matches, mavericks and One-Slam Wonders, as well as those who came so close to glory but fell at the final hurdle.

As well as immersing ourselves in nostalgia, we’ll also have all the latest breaking news and live scores, while Tennis Today will tell you what’s happening and what tennis is on which TV channel.

Sit back and get comfortable in the new home of tennis.