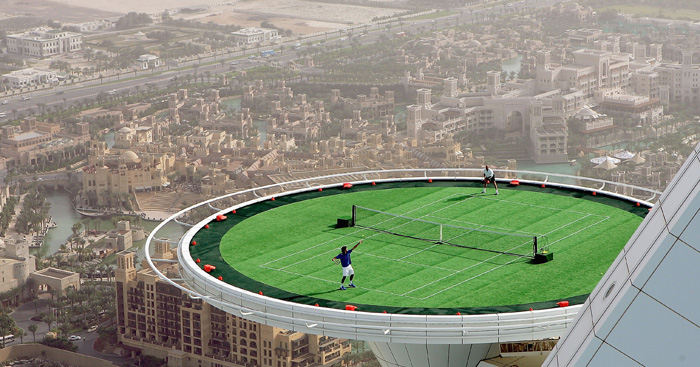 On the 13th anniversary, we look back on arguably the coolest tennis match that has ever been played.

In 2005, one of the most iconic tennis matches of all time was played.

However, there was no trophy at stake, no ranking points. There wasn’t even a score kept. Well, an official one, anyway.

On 22nd Feb, ahead of, and to promote, the Dubai Duty Free Championships, Roger Federer and Andre Agassi played tennis on the helipad on top of the Burj Al Arab hotel.

For one day only, the helipad on what may be the most recognisable, and luxurious, hotel in the world, was covered in grass and made into a tennis court, some 1,053 feet in the air.

“This was an absolutely amazing experience,” Agassi told ATPWorldTour.com at the time.

“When you first get over how high you are and start playing, it’s an absolute joy and it was a great time. I had no issues with the height as long as I didn’t have to bungee jump off the side.”

Recently, Federer revealed that the idea to capture the images from a helicopter was actually his idea.

“It was amazing,” he said. “We had this picture perfect day, no sand storms, just a clear day, no winds.

“I didn’t know at the time, when we were doing this, that it was going to have such an impact. I had an idea of how we could make it better; we had a helicopter, which was going to film it all around, really show on what kind of a platform we were playing, instead of just having a picture taken of the hotel.

“It can really tell how high up we are and I think that also made a difference.

“Ever since, everybody talks about it and I still hear stories about people saying, ‘OK, can we play tennis there’. They are told, ‘We don’t have one [a court]’, but they go, ‘No, no, I know you do’.”

13 years on, we take another look at the unforgettably iconic images. 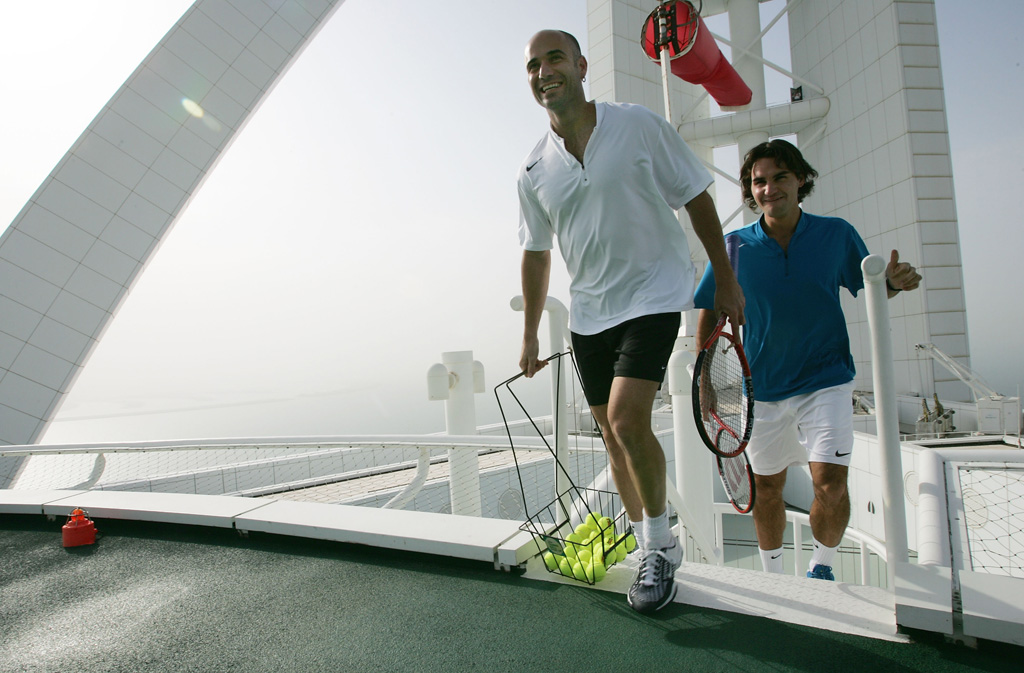 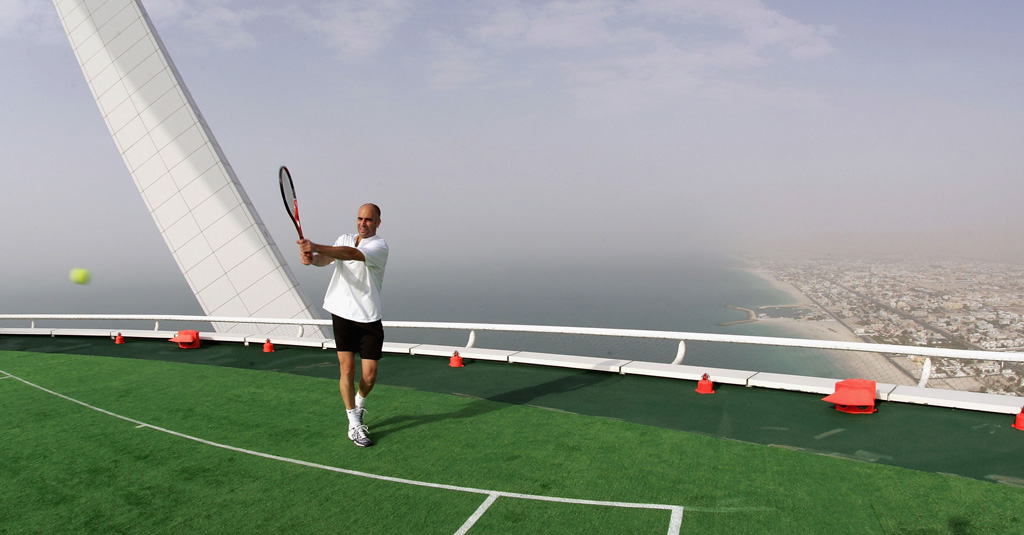 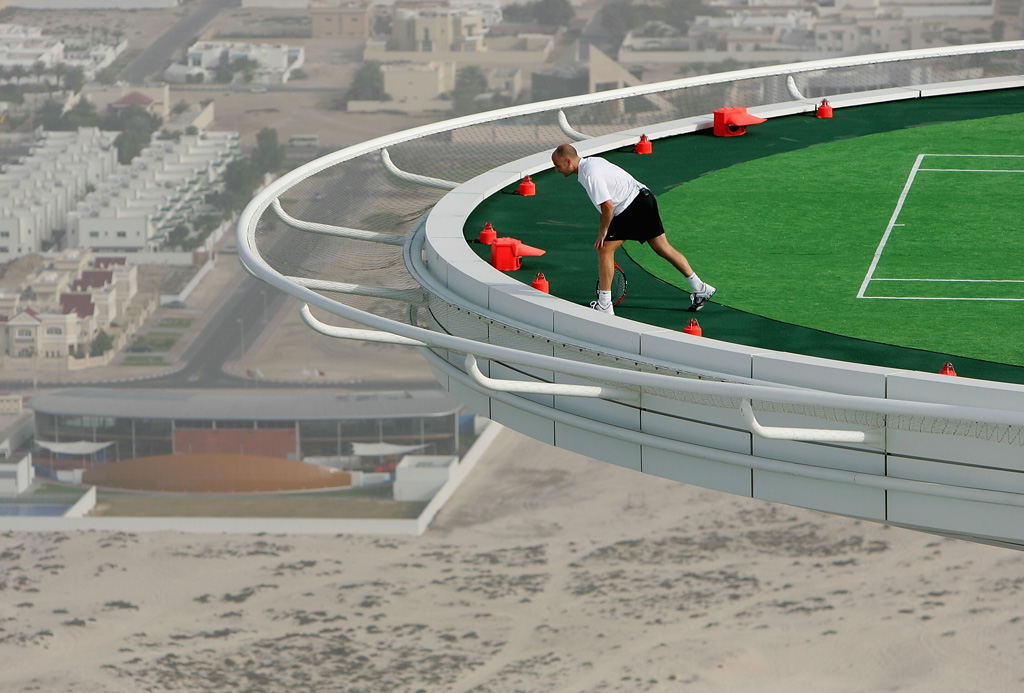 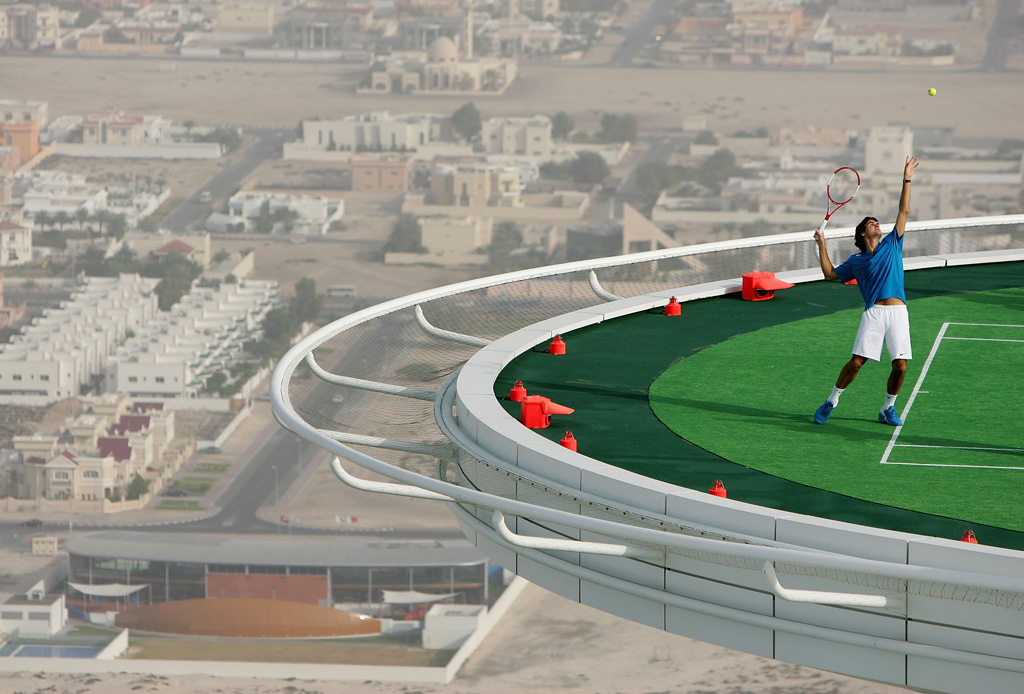 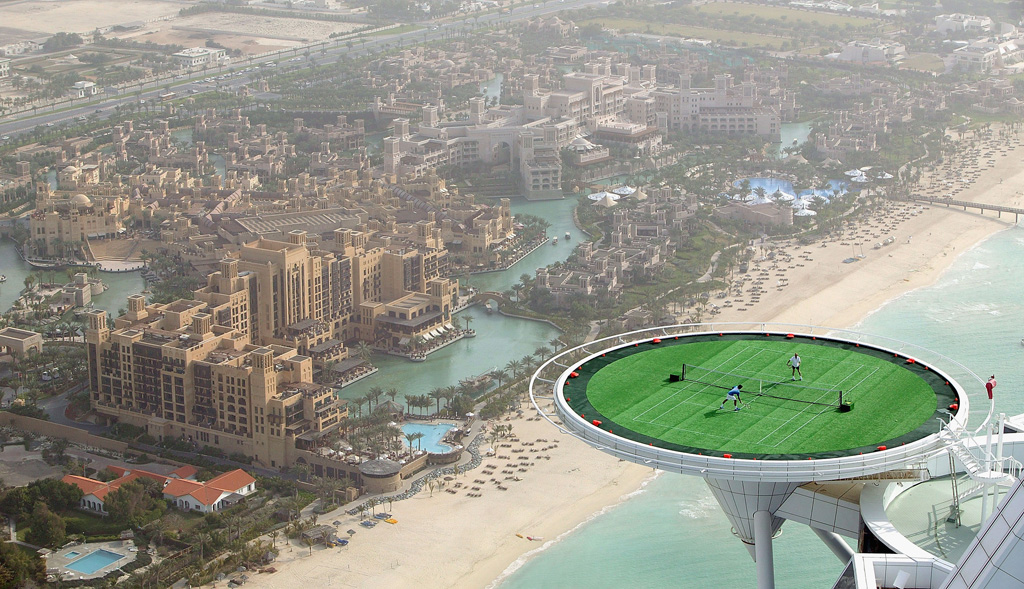 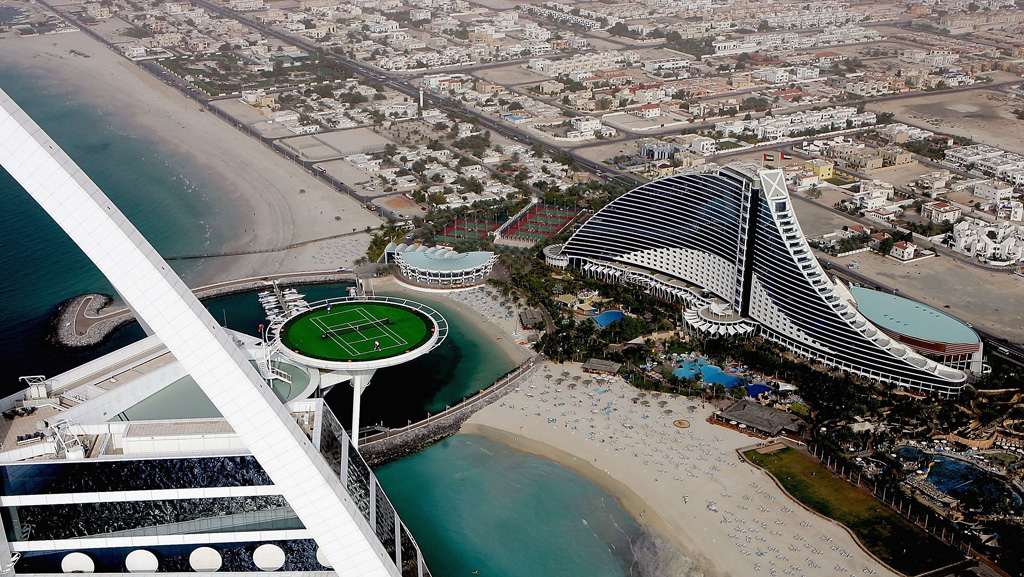 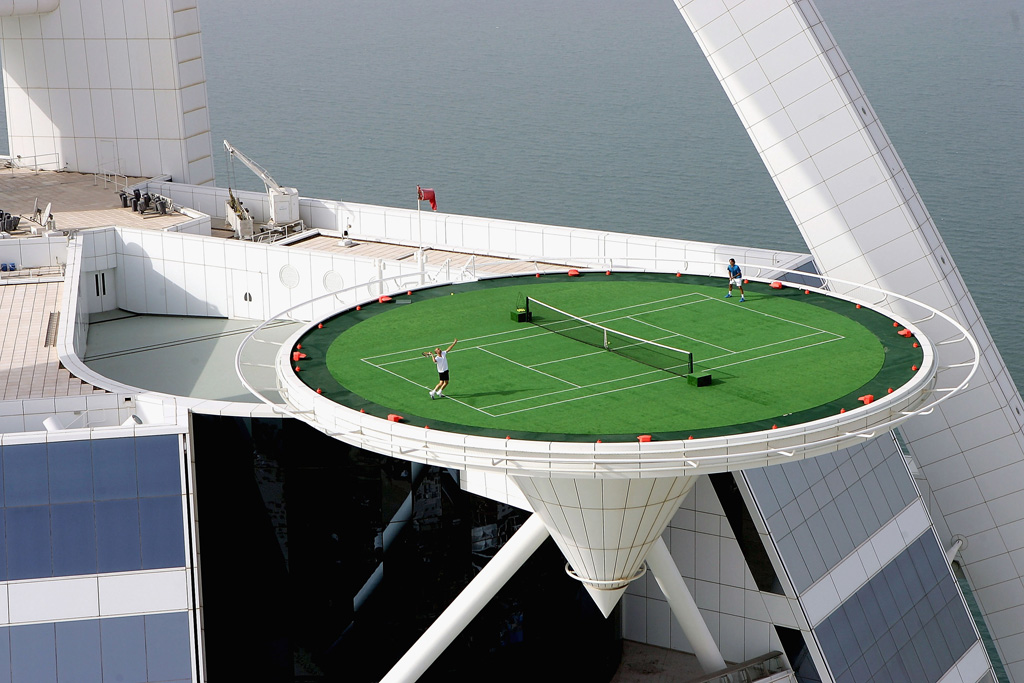 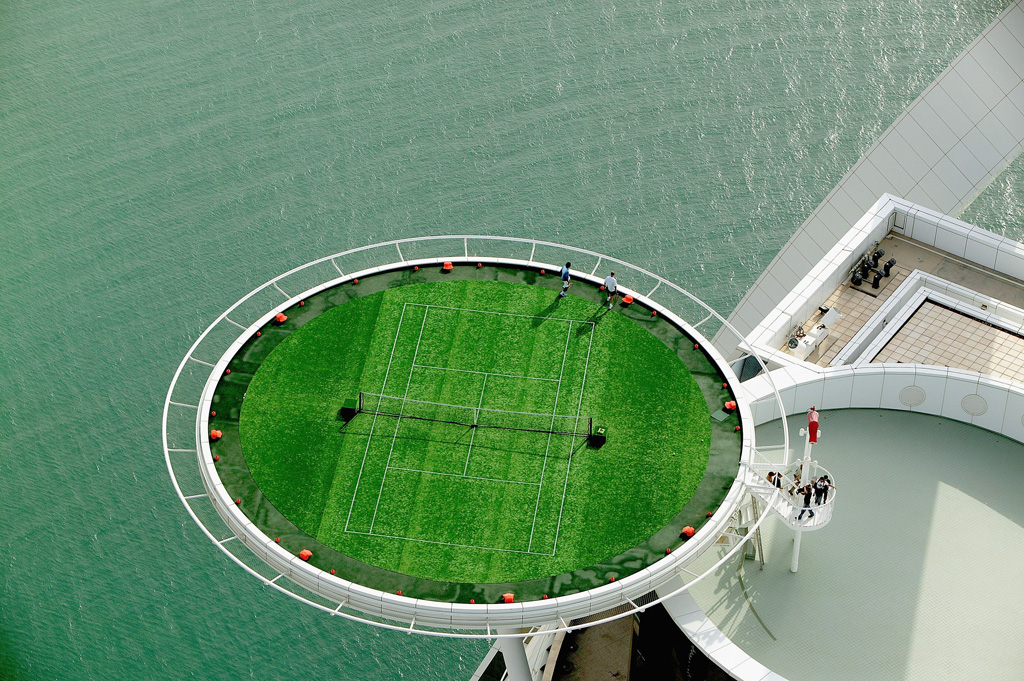 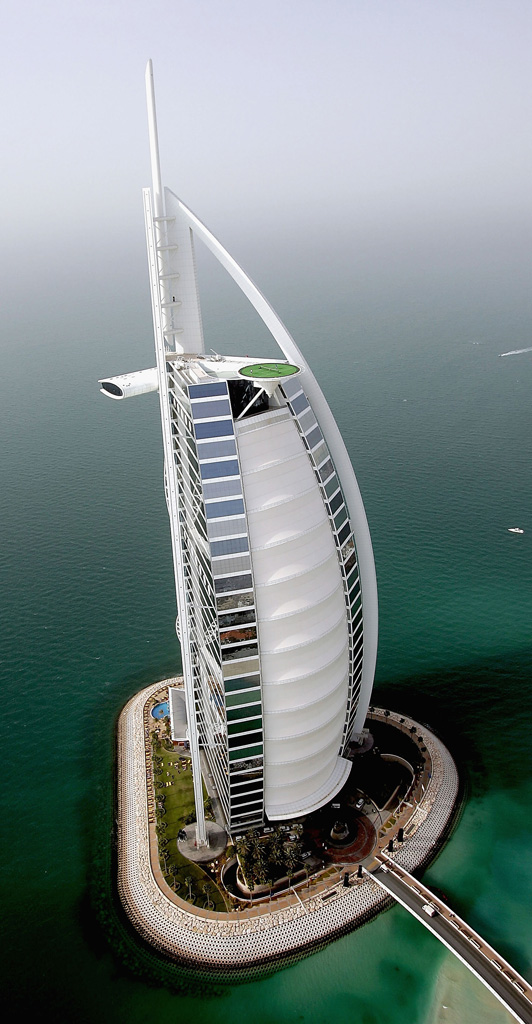