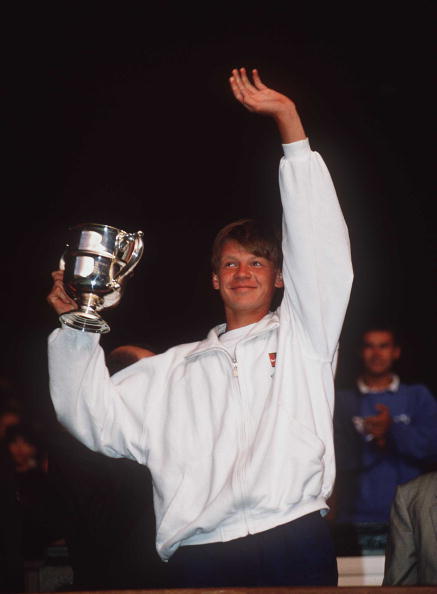 If ever a player summed up a fairytale run at a Grand Slam, then it is Vladimir Voltchkov, who reached the Wimbledon semi-finals.

Name not ringing a bell? Well, that is no surprise as the man from Belarus did not reach any great heights before THAT Wimbledon run or after it.

In fact, he finished his career without any ATP singles titles and only one runners-up trophy, but he will always have THAT Wimbledon. You know the one in 2000. Oh, and a Wimbledon Junior title.

The next year he announced his arrival on the junior circuit as he won the Wimbledon Boys’ Singles with a three-set win over Ivan Ljubicic. He also saw off Nicolas Massu in the semi-final.

Both Ljubicic and Massu enjoyed more success than Voltchkov on the ATP Tour, but Voltchkov will always have Wimbledon 2000.

His journey at SW19 started in the qualifying round as he had to win three matches before finally securing his place in the main draw, and first up was Juan Ignacio Chela. 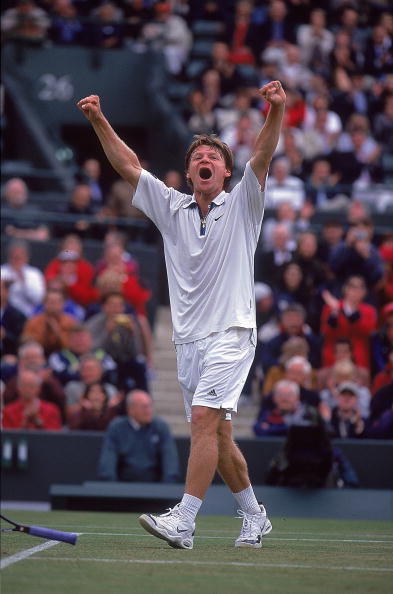 Voltchkov needed two hours and 37 minutes to see off the Argentinian in five sets to set up an encounter against sixth seed Cedric Pioline, a man who reached the Wimbledon final in 1997 and the US Open final in 1993.

Yet the 22-year-old again went the distance as he upset the Frenchman 6-3, 6-3, 2-6, 3-6, 6-4. Younes El Aynaoui from Morocco and Wayne Ferreira from South Africa were next up, but Voltchkov had no problems seeing off the African duo in straight sets to book his place in the quarter-finals.

His reward was a match against another unseeded player in Byron Black, but unlike Voltchkov the man from Zimbabwe did appear in the US Open quarter-final a few years earlier and he also had two ATP titles to his name.

Black, though, was dismissed 7-6, 7-6, 6-4 and the story of Voltchkov continued as he cruised into a semi-final meeting with top seed and defending champion Pete Sampras awaiting him.

Unfortunately that was where the fairytale run came to an end as the American required just one hour and 39 minutes to secure a 7-6, 6-4, 6-2 victory.

Vladimir Voltchkov, though, left the All England Club £119,380 richer and that cheque was more than enough to buy a stake in the lorry factory that his mother worked in back in Minsk.