Tennis Tales: What’s the story behind the Wimbledon pineapple? 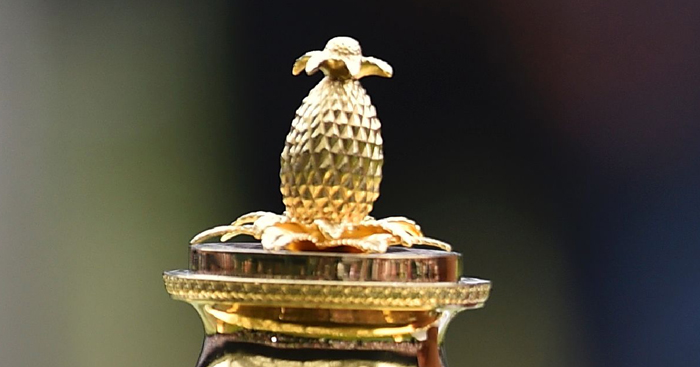 Wimbledon is synonymous with strawberries, so what’s the deal with the pineapple we all pretend we don’t see? Michael Graham asks the question.

Fans of Doctor Who will know that his police box-disguised time-travelling spaceship is fitted with something called a perception filter.

Has, though, Time Lord technology been sneakily fitted to another of Great Britain’s most iconic symbols? Because, we all know there is a pineapple proudly sitting on top of the Wimbledon men’s singles trophy, don’t we?

Don’t pretend you don’t. You know you’ve seen it. It’s actually kind of hard to not notice given how out of place it looks in its highly prominent position.

The point is, we’ve all seen it, and it’s time we acknowledged it; it’s time we confronted it. Dealing with it is the only way to accept it.

So, I’m going to break the perception filter and ask the question: People… what in the blue hell is a pineapple doing on top of a 131-year-old silver trophy?

Not just any 131-year-old silver trophy, either. A 131-year-old silver English designed and made trophy, for a tournament played at the All-England Club. You know, England? The place where it’s impossible to grow a lot of fruits – including pineapples.

There, I don’t know about anyone else, but I feel much better just acknowledging that it’s okay to ask that question.

Now, for the answer. Are you ready? Well, no one knows.

It’s a touch anticlimactic, I know, but Tennis365 is a safe environment and it’s okay, it’s all okay.

Naturally, I have googled it. No one knows there either. All you find is a bunch of vague summaries that all say roughly the same thing: something to do with sailors putting them on gateposts and how it’s only one of several theories. Thanks Google. 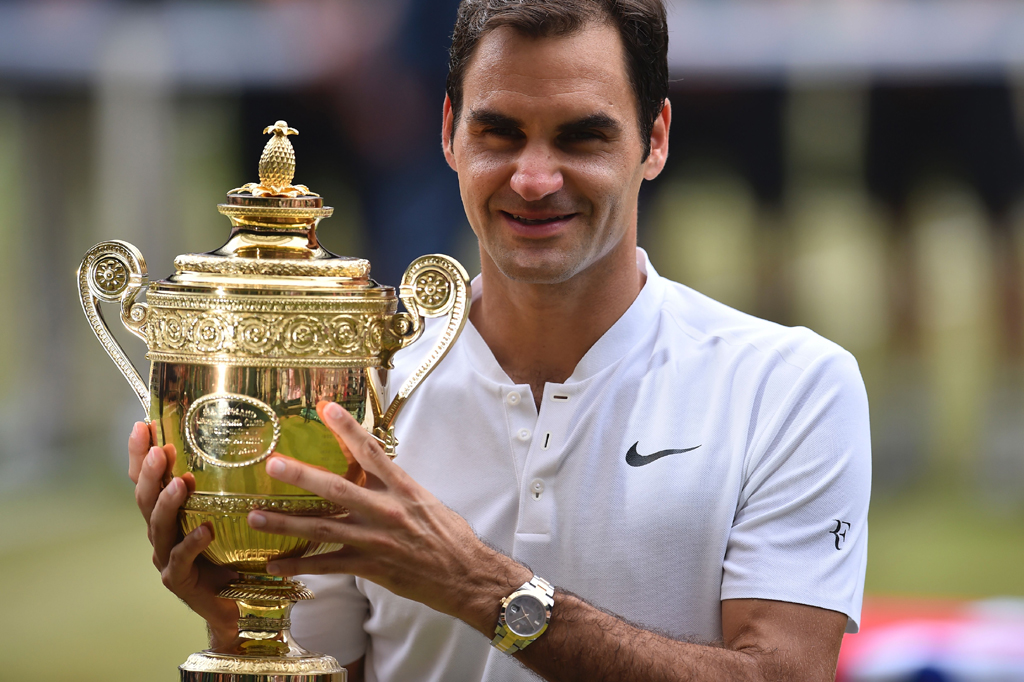 I refuse to be beaten that easily, though,so I’m starting with what I can find out.

Firstly, the Wimbledon trophy that we know and love today isn’t the original trophy. It’s not even the second trophy.

The first two were given away, both to the same man, and both presumably unwillingly given they scrapped the rule the allowed him to take them.

The official Wimbledon website explains: “The AELTC (All-England Lawn Tennis Club) spent 100 guineas to purchase a trophy as the Club was not prepared to risk losing a third Cup to a future three-times Champion.

“So the decision was taken that the new trophy would never become the property of the winner.”

The trophy itself was made in Birmingham, like most of them were back in the day.

“In the 19th Century if you needed a trophy made you went to Elkington and Co.,” Craig O’Donnell, a valuer and curator at the Birmingham Assay Office, told the BBC.

The company was known as “the best quality silversmith in Birmingham,” but the company went out of business in 1963, so little remains in terms of record that may help us. All we know for sure was that it cost 100 Guineas.

So if the trophy itself can’t help us, then what about the humble pineapple?

Well, now we are getting somewhere. The pineapple was considered a royal status symbol once upon a time.

Indeed, a silver-coated oak table was commissioned by William III for Kensington Palace in 1698 which included a life-sized pineapple at the crossing point of its stretchers.

When it was displayed as part of a royal exhibition at Buckingham Palace, its curator Vanessa Remington explained: “For William III the pineapple had a special meaning because the first one in Europe was fruited in Holland, his homeland, and was part of the horticultural war between the French and the Dutch.

“It was important for him and he was cocking a snook at Louis XIV, who had been forced to recognise William as the rightful king of England at the end of the war between England and France.”

That ‘horticultural war’ was a time when European kings became obsessed with being the first to grow pineapples domestically after explorers and colonists brought them home from foreign shores.

A paining exists from around 1675 believed to depict a man called John Rose, the royal gardener, presenting Charles II with what was claimed to be the first pineapple grown in England, although it’s almost certain it was actually imported. 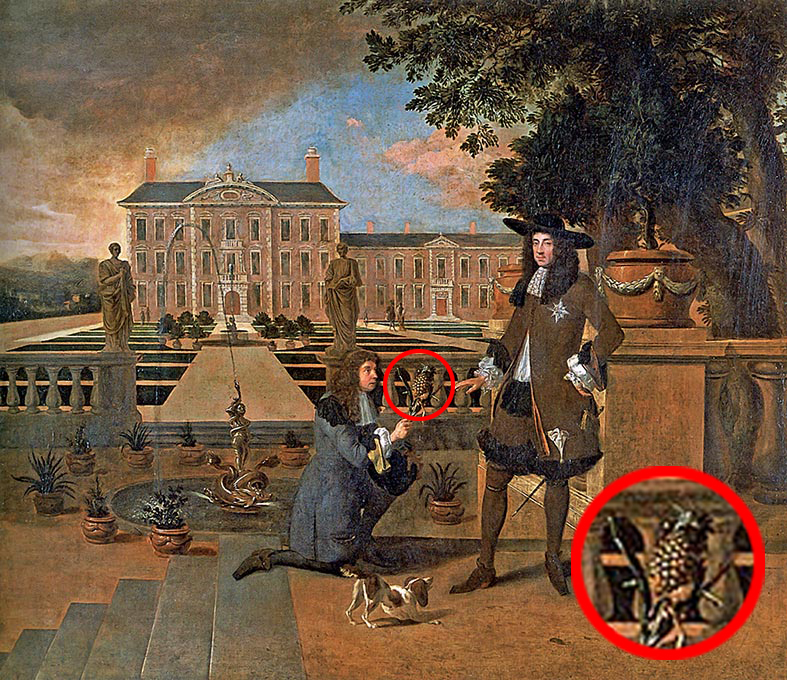 It is evident, then, that the pineapple was seen in Europe as a true status symbol, primarily due to its rarity, but that was the seventeenth century, more than 200 years before the crafting of the Wimbledon trophy.

Whether it retained that same gravitas as a symbol of the elite by the late nineteenth century, we don’t really know. Symbolism can be an inexact and subjective science. It can’t tell us what we actually need to know, which is what the pineapple meant to the man who designed the trophy.

However, there is a huge amount of historical evidence that suggests that pineapples were considered a symbol of status, prestige, wealth, and elite success given their rarity in Europe.

Whether or not that was indeed the reason for it’s position atop the Wimbledon trophy, we probably won’t ever know for sure.

But those same set of words could certainly be applied to winning Wimbledon too, so perhaps, intended or not, it’s a fitting garnish for what is probably the most coveted trophy in tennis and one of the most prestigious in all of sport.