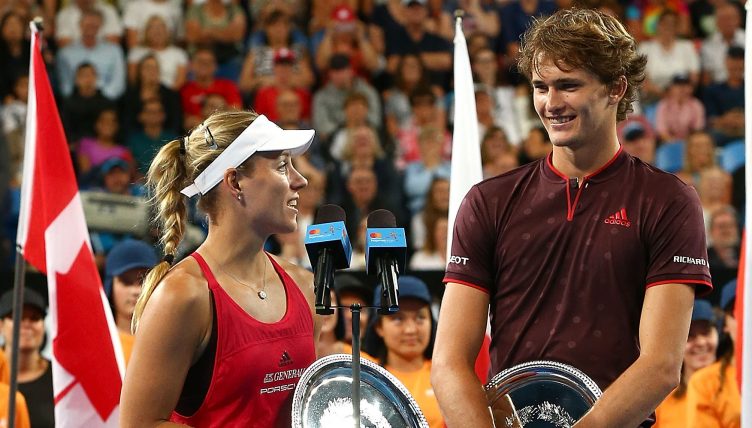 In Tennis Today, Angelique Kerber gives herself a right old pat on the back for Alexander Zverev’s ATP Finals win.

What’s on the site
What is better than a Tennis365 exclusive? Nothing, as we all know, and we delivered a corker for you.

In other news, players are feeling reflective.

Roger Federer has been looking back on his season and has revealed which two points he’d just love to replay if he could.

And Novak Djokovic has been talking about the shot he has worked on most after injury and hailing it as the biggest-difference maker in his season.

What’s in the news
Angelique Kerber has commented on Alexander Zverev’s recent success, saying she’s proud of her compatriot – and herself, incidentally.

Zverev won the ATP Tour Finals at The O2, beating both Roger Federer and Novak Djokovic along the way.

“I’m proud of him for what he did in London,” said Kerber.

“Sascha Zverev and I are good role models for the young players.”

Kerber also commented on her reasons for appointing Rainer Schuttler her as her new coach for 2019.

“I had already thought about a few names, but Rainer meets all the criteria,” she added.

“He has already gained experience as a player and coach.

“He does not have anyone on the WTA tour trained, but that will not be a big change for him.

“With Rainer you can have fun – and trust him.

“Everything starts with me, if I’m not motivated, it does not matter if it’s the best or the worst coach.”

Ever wondered what Rafael Nadal would look like as a Sith Lord? Wonder no more.

🇪🇸 @rafaelnadal finished at No. 2 in the ATP Rankings in the 2018 season, but he actually had the highest win percentage of points won at 55.4 per cent. 🙌💯 According to @atpworldtour, Rafa also had the best match-record winning percentage of Top 10 players in 2018, at 91.8 per cent (45-4). #rafaelnadal #rafanadal #nadal #rafafan #atp #rafaelnadalfans #atpworldtour #tennis #kingofclay #vamosrafa (📷: Nike)

Novak Djokovic gets all artistic…

And Mrs D got in on the act too…

I love how Instagram makes us all look good. But the truth is – to caption this, hubby was holding the shutter button the whole time because I could only hold my balance for less than a second 🤣😜😎 Good job amore! As for the sunset, I have no excuse for that perfection. It just is. @djokernole #balance #soulfood Super je ovaj Instagram. Svi nekako na kraju ispadnu super cool i bez greške, kad ono – medjutim 🤣 mužić nije puštao dugme za slikanje da slučajno ne propusti moj milisekund balansa na dasci hahah. A za zalazak sunca nemam izgovor – prosto je savršen 😍

The Davis Cup Final is this weekend, so check your local listings.