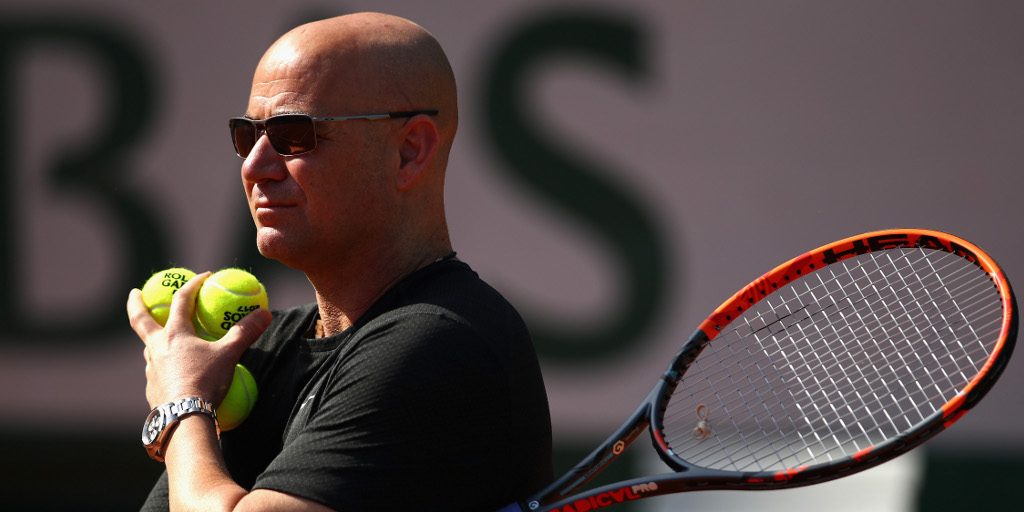 In Tennis Today, Andre Agassi has got his coaching hat on again, and Kristyna Pliskova feels the end-of-season stress.

What’s on the site
Have you ever wanted an insight into the real Andy Murray? Then fear not, we have you covered.

Tennis365 exclusively caught up with Sky Sports’ Marcus Buckland, who gave us the lowdown on the former world number one.

Meanwhile, Roger Federer has been angered, and that’s not really all that easy to do.

The organisers of the new and relaunched Davis Cup appear to have got right on the nerves of the Swiss legend. Find out why here.

Thankfully, his tennis isn’t suffering though. He won in Basel and produced this sumptuous piece of serve/volley play along the way. 100% pure Feds.

The Paris Masters is next up on the ATP Tour calendar, so why not test your knowledge on it with our quiz? Go on, impress us.

What’s in the news
Andre Agassi has been tempted back into coaching by Grigor Dimitrov.

The US legend has not involved himself in tennis since parting with Novak Djokovic earlier this year, but he’s reportedly excited about the prospect of unlocking the Bulgarian’s obvious potential.

“Both Grigor and myself think he can help in a few areas, he has known him well since the juniors and they have spent time together.

“The whole team is looking forward to having him around.”

Agassi is expected to join on a consultancy basis, and it is unclear right now how much time he will spend on tour.

Kevin Anderson looked like he didn’t quite know how to hold his Vienna Open trophy.

‪What a week in Vienna 🙏🏆 Thank you to everyone at the @erstebankopen. This means so much!‬

Grigor Dimitrov proudly showed off his new coaching addition, and why wouldn’t you?