In Tennis Today, Andy Murray gives his reaction to his world ranking, and we learn what it’s like to travel with Roger Federer

What’s on the site
The rumbles of discontent continue over Roger Federer’s Rogers Cup snub.

The Swiss legend has pulled out of the event for “scheduling” reasons, something which is becoming more and more regular.

The tournament directer appeared to take a veiled swipe at the 36-year-old, apparently saying: ‘We don’t need you anyway.’

Meanwhile, Rafael Nadal and Novak Djokovic have both confirmed they will appear, and Serena Williams has been granted a wildcard.

What’s in the news
Have you ever wondered what is is like to work and travel with Federer?

Tennis super-agent Andre Silva, who worked with Federer and other ATP Tour stars such as Juan Martin del Potro and Grigor Dimitrov, has revealed all.

“I think the most difficult part of working with him is that many people want to get to Roger Federer.

“You need to find a balance. Because at the end of the day, he wants to play tennis, win titles, be a champion.

“Since he needs to do a lot with everyone, if you are not careful, you end up spending a lot of time with other people and not do what he really wants to.

“He is a very special person. He is a person that, regardless who you are, treats you very well.”

Elsewhere, Nick Kyrgios seems to have really re-found his mojo of late, and he has issued a warning to Federer and the rest of his rivals.

After returning from an elbow injury and producing a strong grass-court season, the Australian says he is ready to push on.

“Definitely, I am in a better shape than I was four months ago, that’s for sure,” he said.

“I’ve been doing a lot of work in the gym and it’s been a lot of fun. I’ve stayed injury-free for the last couple of months, which is a good thing for the elbow and just staying on top of all that.

“I had some time in the Bahamas to regroup, I feel confident. Now it’s a very serious time of the year.” 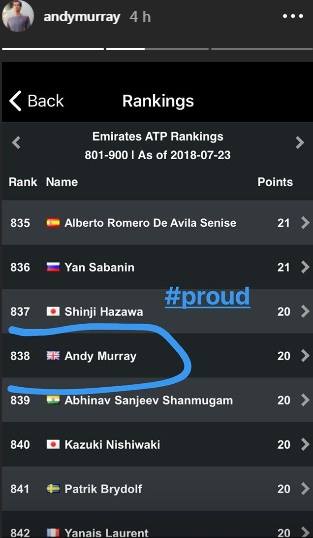 Rafael Nadal is getting back down to business.

NOT the Centre Court we are used to seeing…

Today, we bid farewell to the Centre Court grass of 2018 🌱