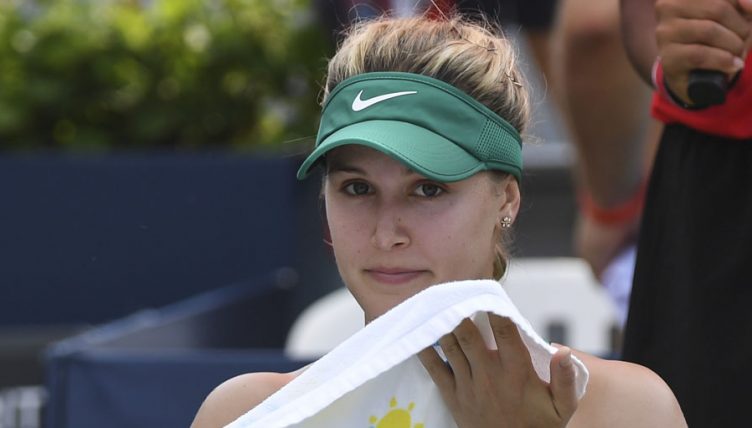 In Tennis Today: Venus Williams has a weight off her mind, and Eugenie Bouchard to take time out of her busy Instagram schedule to play some tennis.

What’s on the site
It’s the end of term, meaning it’s time for some report cards! Essentially we get to judge and pick fault at top tennis players, while they get to absolutely not care about whatever we say.

First up, was Caroline Wozniacki, who maybe didn’t quite deliver on her early season promise.

Roger Federer, meanwhile, revealed he has been struggling with a hand injury for quite some time.

Which is bad timing, as Novak Djokovic has openly stated his intention to strip Feds of one of his records.

And while those two are worrying about each other, Boris Becker says that Alexander Zverev is ready to surpass them both.

What’s in the news
Venus Williams has fewer worries today after she settled a pending lawsuit surrounding a fatal car crash.

The incident occurred in June 2017 when a 78-year-old man died after the car he was travelling in T-boned Williams’ vehicle at an intersection.

Williams had told police after the crash that she was attempting to get across the junction but had been forced to slow down due to a backlog of cars, so no charges were made.

However, a wrongful death case has been pending since between the victim’s estate and Williams.

Records now show that the case is now closed, although the terms have not been disclosed.

In other news, Eugenie Bouchard has decided to take timeout of her busy Instagram schedule to play some tennis instead.

She has confirmed she will take part in the ASB Classic in Aucklund.

“I am really excited to be coming back to Auckland,” she said.

“I came there when I was very young and remember it being so beautiful.

“I’ll be focused and ready to go, but I hope to see a little more of Auckland this time around.

“I felt really strong in my last couple of tournaments and it was nice to reach a semifinal at the highest level again.

“I know how to be a top ten player and I feel like I’m doing all the right things to reach my goals in 2019.”

Aga Radwanska decides that summer holidays and sunshine are for wimps.

Having a great time in #zakopane ❄☃️ @wasyl27