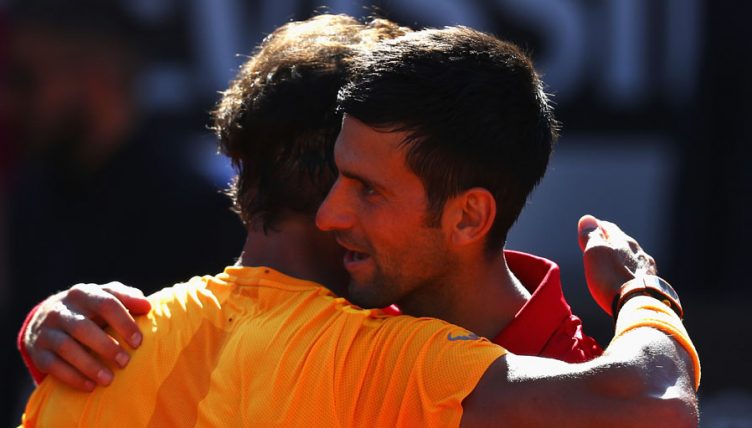 In Tennis Today, Novak Djokovic really shows his class, while WTA stars make new fury friends in Australia ahead of the first Grand Slam of the season.

What’s on the site
Andy Murray is out of the Brisbane Open, and that makes Kevin Palmer’s warnings about his comeback all the more relevant. Will he ever be the same as he was before? Or is the Murray we know gone forever?

There are plenty of other players battling injury woes too, though. In fact it’s something of a theme this week.

Rafael Nadal pulled out of the Brisbane International without even playing a game. You can read his reasons right here.

Even more upsettingly, Juan Martin del Potro has confirmed he will not play at the Australian Open due to the fractured knee cap he sustained back in October.

In happier news, Serena Williams and Roger Federer reacted to that mixed doubles match at the Hopman Cup, and it was adorable.

What’s in the news
Novak Djokovic has responded with the kind of class you’d expect to the news that Rafael Nadal is still battling injury.

The Spaniard endured a tough time of it last season, pulling our of two Grand Slams mind-match and numerous other events, and eventually cut his campaign short to undergo ankle surgery.

He hoped that would leave him fighting fit for the start of the 2019 season, but a thigh injury has seen him pull out of the Brisbane International and perhaps put his Australian Open participation at risk.

Djokovic, though, has nothing but words of support for his rival.

“He has done the comebacks for so many times in his career that you always believe that he can do it again,” Djokovic said.

“He has a very physical style of tennis which obviously is putting a lot of load and pressure on his joints, on his knees.

“Sport needs Rafa, no question about it. He is one of the greatest legends of all time and we want to see him play.”

What’s on social media
Frances Tiafoe reminds us there were two other players in the Serena Williams v Roger Federer Hopman Cup match!

Last night was a movie for real. Absolute honor sharing the court with these 2 🐐🐐. Dreams do come true y’all. Just a kid from the dmv. #striveforgreatness #stayblessed #movedifferent

Ashliegh Barty made a new friend.

I made a friend 😍 #GarryforGetty 📸

And so did Carlo Suarez.

The Hopman Cup showed us a great comparison of two legends’ serving actions.

“People talk about her serve so much. I see why it’s such a wonderful serve because you just can’t read it.” – @rogerfederer “There’s a reason why he’s the greatest… you can’t be that great and not have such an awesome weapon like that.” – @serenawilliams #HopmanCup