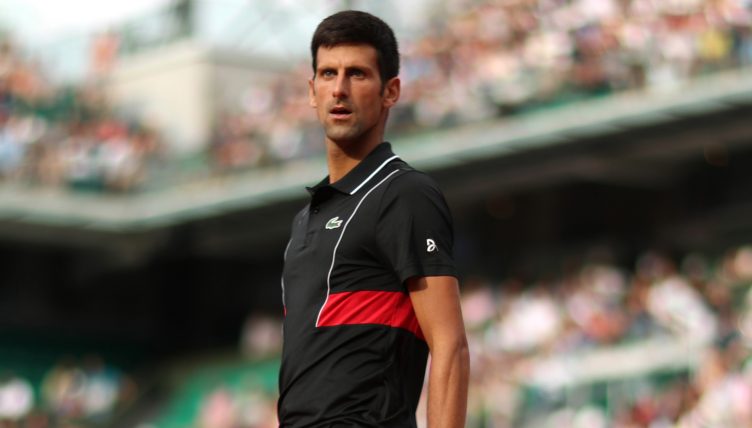 What’s on the site
We’ve all heard about the changes that are set to hot the Davis Cup. They have been controversial, as change is rarely welcomed.

However, Johnny Nicholson is here to tell you that change is sometimes good, and in this case it’s very much needed.

One change that we are all in agreement about is that it would be just lovely if the much-talked-about NextGen would start moving in on the established order on the ATP Tour.

And in other news… Nick Kyrgios forgot his shoes. We are not even kidding. Watch the video here. Even more brilliantly, that wasn’t even the most bonkers thing the Aussie has done this week. THIS is…

What’s in the news
What do you do if you’re playing in the same ear as Rafael Nadal and Roger Federer? Lose quite often, you’d think, and don’t even think about breaking records. Not if you’re Novak Djokovic.

The Serb has been not losing often for years, and is arguably the most complete player of the three, but now he has his eyes on something even bigger, something borderline unimaginable: He is close to achieving something neither of his great rivals have.

Djokovic needs just one Masters 1000 title – the Cincinnati Masters – to have a full set of nine, and he’s edging his way nearer to becoming the first man to ever complete the Masters collection.

“I have been trying to win the Cincinnati tournament for over a decade,” Djokovic said.

“I have had five finals here and I couldn’t make it on the last hurdle.

“But I will keep on trying.

“I am still in the tournament and hopefully I can complete the Masters this year.”

What’s on social media
Lucas Pouille had some huge news to share.

Boris Becker worked on his smoulder.

Feels good to be back in #london🇬🇧

Whoever it is who runs Novak Djokovic’s social media accounts got the filters out to good effect.

Adrian Mannarino did… something…